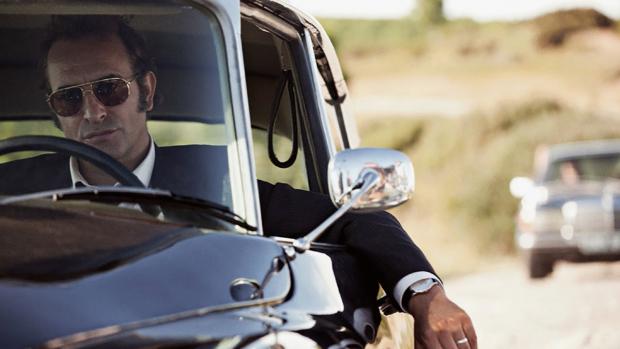 Both the cred that’s long been attached to William Friedkin’s influential 1971 megahit The French Connection and the critical rap against it primarily come from the movie’s most important quality: its propulsive, audience-slamming attack mode. The expat British critic-journalist-historian David Thomson has called it “an inept film that shoves its impact in our face and employs the most deliberately mechanical sort of editing. Time and again, it becomes incoherent or impossible to follow…Dirty Harry presents a more somber view of the predicament of the policeman.”

Thomson’s complaint is on point (although he probably overestimates the sober insights in the semi-demagogic Don Siegel-Clint Eastwood film). But he doesn’t seem to perceive that the slam-bang impact and the lack of close attention to narrative nuances are much of the point. The French Connection audiences were supposed to be swept along in the movie’s rush. Energy and exploitation are its currency, and when Thomson calls it inept he’s wrong: Friedkin accomplished pretty much what he set out to do. The French Connection was trashy, aesthetically and morally meretricious, but ineffective and inept it was not.

As many will recall, it’s about the quest of a violently overzealous New York cop, “Popeye” Doyle (Gene Hackman in his most prominent role), to find and stop a heroin shipment from France. Three years later, John Frankenheimer’s less well-received French Connection II had Popeye traveling to Marseille to catch the drug-ring kingpin (Fernando Rey). Writer-director Cédric Jimenez’s The Connection is apparently intended to give the French side of the story, a fact-based one. (An on-screen note says it’s “based on a true story.”)

Friedkin and Jimenez’s movies are being shown in tandem at the North Park this week and next, but not as a double feature. Admission to each is a separate ticket. This may sound like a better idea than it is. The two features don’t really complement each other or offer an interesting contrast. Jimenez has focused on Pierre Michel (Jean Dujardin), a Marseille magistrate passionately committed to bringing to justice one Gaetan Zampa (Gilles Lellouche), a very dangerous drug lord, the real French connection.

Jimenez operates much differently than Friedkin. His movie has its depictions of violence, and it is well paced, but it’s a story with more human dimensions. Even Zampa, the feared mobster, is allowed his individuality and softer tendencies. But The Connection takes too long to attain a suspenseful level, and too much of the plotting has a slightly musty, generic quality. Jimenez also seems to have wanted to expose corruption at the highest levels of the Marseille government, but his treatment is too perfunctory. There are individual scenes that work well enough, and he’s introduced elements with real potential—the contrasting personalities of the two antagonists alongside some similarities, for example. (It can’t be entirely coincidental that Dujardin and Lellouche somewhat resemble each other.) But the picture never really catches fire dramatically, not for long enough. It too often seems caught between docudrama and conventional crime fiction.

The movie begins with a video clip of Richard Nixon dedicating his administration to fighting what he calls America’s biggest danger: illegal drug use. Both these movies, each in its own way, are artifacts of a low era that left a poisonous legacy of criminal prosection overkill, injustice, and social destruction. Friedkin’s is the real thing. Jimenez’s is something of a throwback.