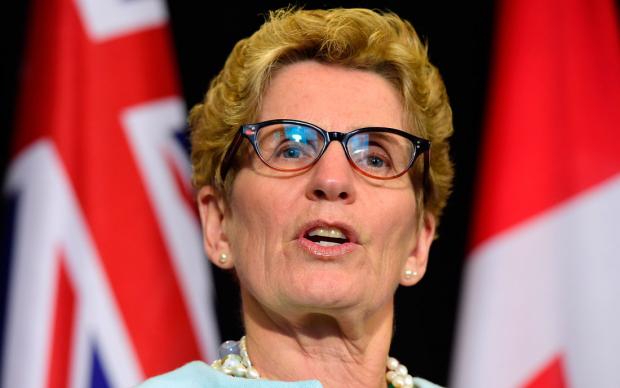 “Government exists to make long-term investments, to look into the future, and do things that we cannot do on our own.” So said the premiere of Ontario two weeks ago as she committed $1 billion to build an urban light-rail rapid-transit system as part of a 10-year, $30 billion buildout of public transit and other infrastructure projects connecting one end of Hamilton to the other, and all of Canada’s steel city to Toronto.

Here in Buffalo, we have a building sense of possibility because Elon Musk’s two new companies, the solar-panel maker and the light-emitting diode company, may bring more than 5,000 jobs (we hope) to add to the 525,000-job landscape of the Buffalo-Niagara Falls metro.

As experts explained before Governor Andrew Cuomo’s Wage Board last week, we are sorely in need of more jobs that pay better, because at least half the Buffalo-Niagara Falls working population works today at jobs that pay, on average, $15 or less. A third work jobs that pay $12 or less. The IRS data show that half of all the income-tax filers here claimed only $25,000 or less in total annual income in 2012. And as a Fiscal Policy Institute report showed earlier this year, high-paying manufacturing jobs are being replaced by minimum-wage service jobs, almost exactly one-to-one.

What’s remarkable about the Canadian announcement is not that it’s putting a Buffalo-style light-rail system back onto streets that used to have it—but rather that there was another announcement after the happy press conference about all the new spending. This one was rather wonky, essentially a staff announcement that at least 40 percent of any new population growth will have to be within already-developed areas.

The directive consisted of one sentence starring one word: There will be intensification.

Intensification. And nobody objected. The real-estate industry was already on board. The planners, the politicians, and the editorial writers and bloggers all reacted by singing in harmony. The only discussion that is not about how the Golden Horseshoe will be building up, not out, is the one about revitalizing run-down neighborhoods and then moving on to redevelop the brownfields that are adjacent to the existing steelworks visible from the QEW.

None of this would matter much for a US audience were it not for the new round of chest-thumping that some public intellectuals are engaging in at the start of our two-year-long presidential campaign.

Joel Kurtzman argues, in his new essay “The War Between Optimism & Pessimism,” that the United States is on the eve of a new day of international economic power, with more investible cash sitting in corporate reserves today than our friends the Germans produced in the best year their economy ever had. We are, he says, also sitting pretty atop the technological and innovation mountains, and we’re the biggest energy producer in the world, and have the most productive workforce, too. And we not only manufacture more than anybody else, including the Chinese, but we also manufacture more efficiently, and with more savvy, than them or anybody else.

And anybody who says otherwise is a whining naysayer.

A few years ago, Robert Kagan argued the same thing in his book The World America Made. (Kurtzman’s new book, Unleashing the Second American Century, which extends the points summarized in his essay, is forthcoming.)

What’s curious, though, is how consistently we experience the gulf between what our wonks explain we need to do and what our economic and political elites actually do.

Two Buffalo examples ring out as clear-as-a-bell warnings to these intellectuals who seem to advise the big bankers, the Washington talk-show producers, and those organizations that pay large speaking fees to intellectuals who advise bankers and talk on Sunday morning TV.

First is the example of the Westminster Community Charter School. Since 1966, when the massive “Equality of Educational Opportunity” study examined outcomes for over 650,000 American students, there has been an endless parade of social scientists testing the findings of this report to see if they are still valid. The so-called Coleman Report has been validated dozens of times. Most recently, two separate MA projects submitted to the Buffalo State Department of Economics and Finance not only reviewed the literature but also looked at data from Buffalo and its suburbs. The conclusion in 2011 and again in 2015, in Buffalo, was the same as the national study from 1966: Household income of students, the household income of the students’ peers, and the educational attainments of the students’ adult guardians matter most. It’s not class size, or per-pupil expenditures, or whether the students are of one ethnicity or another. It’s the money.

M&T’s Bob Wilmers has invested many millions in Westminster Community Charter School; it ranks 224 out of 262 schools in the region. Why do we ignore decades of studies and examples that tell us what really works?

And alongside the 49-year-old unbroken trend-line of peer-reviewed academic analysis, which shows that poor kids clustered together achieve poorly together, there have been practical demonstration projects in Raleigh, North Carolina, and in northern Virginia, and elsewhere in the southeastern United States, where the outcomes for children have been made better by mixing children from low-income households with children from higher-income households. Achievement on standardized tests, graduation rates, employment rates, and overall outcomes are better—much better, phenomenally better—and dropout, unemployment, teen pregnancy, and incarceration rates are all lower.

But here in Buffalo, the region’s leading banker has invested many millions of his own money, and many hours of his staff’s time, in a charter school called Westminster Community Charter, where almost all the children are from low-income households with low-educational-attainment adults supervising them once they leave the classroom and return to some of the most challenged neighborhoods in the Buffalo-Niagara Falls region.

Of the 262 Western New York Schools ranked in the most recent Business First survey of public and private elementary schools, the Westminster Community Charter school scored 224.

Clearly, the philanthropy of M&T Bank’s Robert Wilmers has not changed outcomes. Clearly, switching the administration from the Buffalo Public School system to a charter form of governance did not change outcomes.

Yet there is silence about the 49 years of academic validation of the Coleman findings, and silence about the regional schools of Virginia, Kentucky, North Carolina, and even Boston, where children are desegregated by household income.

The other disconnect we experience in Buffalo, and in most of the USA, is in land use. Where the Canadians and most of western Europe practice intensification around their urban centers, the US pattern since the Depression has been to sprawl. Centuries of observation about the economic power of agglomeration or clustering have been honored by students and even by policy-makers. But except in the couple of dozen US metros that have sufficient remaining population density to maintain public transit systems, the national pattern is to ignore the potential benefits of urbanization—especially specialization, labor-market pooling (which makes labor smarter and workers better able to bargain, too), and import substitution.

In Buffalo, we see the impact of 70 years of anti-city land use: Today, when there is more positive media about the urban core than there has been in decades, when the consumer preferences of the young, the mobile, and those with discretionary disposable income are most decidedly pro-urban, we continue to see population decline in the urban core. The rehabbed housing coming on-line is adding to a radically depressed assessment base, even while the sprawl machine produces many more units in both near and far suburbs, even while the regional population languishes below what it was in 2010, 2000, 1990, 1980, or 1970.

So what are the triumphalists seeing that we’re not seeing here?

One phrase, coined by two University of Pennsylvania economists a decade ago: Superstar cities are not the same as your old hometown.

These are the places that have such strong cores that they’ve been able to withstand the American sprawl dynamic. They’re either permanently strong in the middle—because of the clustering of institutions, the unbreakable intensification of their population, and their functionality as market centers—or, like Pittsburgh, they’ve rescued themselves by becoming the crossroads of the economic forces of technological innovation and intellectual energy that optimists and pessimists alike worship.

What the new infrastructure inputs in the intensification-focused Golden Horseshoe show is that superstar city Toronto remains such a vital center of innovation, and such a strong market crossroads, that it is driving innovation and even population growth along an urban corridor that stretches 40 miles toward Buffalo. Many credit the strength of the University of Toronto, which ranks within the top 20 of all the world’s 3,000 universities based on academic reputation, student-faculty ratio, the rate at which its research is cited, and its mix of native and international students. (This annual survey ranks the top 750, and leaves the other 2,250 unranked; UB is unranked.)

It seems that there’s a close correlation between the triumphant America Kurzman and Kagan describe and the list of superstar cities, most of which have globally top-ranking universities.

What we’re going to have to figure out in Buffalo is whether to keep the leaders who refuse to connect the wonks’ advice about schools or land-use or many other issues to how public resources are spent. We should also figure out how to get a top-ranking university or two, preferably in the core of our region, at our commercial crossroads, so that the real estate industry will do here what it’s doing for Hamilton since the announcement two weeks ago: bidding up the price of land, housing, and commercial real estate right where the trains will run. Those trains will be a part of the intensification agenda, which will also facilitate Hamilton’s newest wonky project: integrating schoolkids by household income.