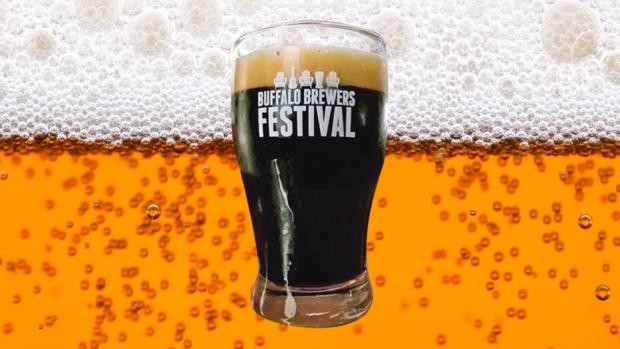 Head down to the waterfront and celebrate all things local craft beer at the third annual Buffalo Brewers Festival, which takes place Saturday, June 18, 3-7pm at the Outer Harbor. The marquee event is sponsored by the Buffalo Niagara Brewers Association.

A full beer list can be found soon at buffalobrewersfestival.com.

“The Buffalo Brewers Festival is more than just a beer fest,” Resurgence Brewing’s Jeff Ware says. “It’s really a celebration of Buffalo. Great beer, great food, and a great new venue at the Outer Harbor this year.  What better way is there to enjoy a summer day?”

This year’s festival will feature a pair of special Meet the Brewers sessions. Local cheese purveyor Michelle Stevens of Buffalo Cheese Traders, along with the cheesemakers from Vermont Farmstead, will present a cheese and beer pairing with CBW, Flying Bison, Four Mile Brewing, Old First Ward Brewing Co., and Big Ditch. There will also be a beer and chocolate tasting with Scott Wisz of Chow Chocolate and beer from Hamburg Brewing, New York Beer Project, Woodcock Brothers, Rusty Nickel, and 42 North Brewing. Tickets for each session are $5 (75 available for each session).

There will be plenty of free parking available at the Buffalo Brewers Festival, both on the street and at the old Pier site.

“The main reason to come out to this fest is that is the only festvial that is both by and for local breweries,” BNBA president Willard Brooks adds. “The food and beer is local—the brewers, chefs are here and this is a focused example of awesome events that on the Buffalo waterfront.  This highlights the dynamic and scenic aspect of re-energized Buffalo’s beer culture at a very fair price.”