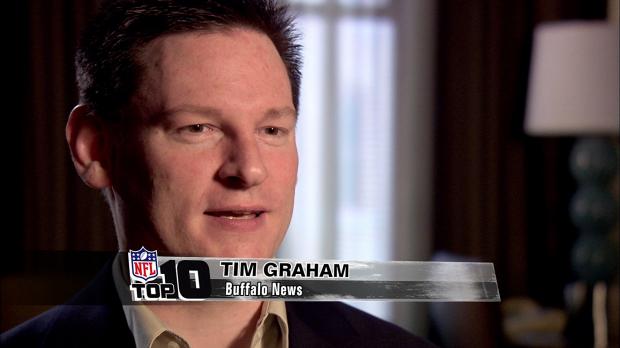 The hits just keep coming for the Buffalo News.

On Wednesday, Tim Graham announced via his twitter that he is also leaving the paper.

“I have written my last story for The Buffalo News,” he said in the tweet. “I am grateful to my bosses for giving me the time and space to produce work we’re super proud of and for believing in me with three Pulitzer Prize nominations. Much love. I’ll let everybody know where I land soon.”

Later in the day he clarified that he neither requested nor received a buyout.

“I’m simply leaving by my choice for another opportunity,” he said.

He didn’t identify that opportunity.

His departure is a big loss for the News. Over the past several years he has become known for his long-form pieces, the kind of “enterprise journalism” the paper has said it wants to embrace.

He’s perhaps best known for his stories revealing the extent of the damage Darryl Talley suffered from countless hits as a Buffalo Bills linebacker and the story of almost-Bill kicker Bjorn Nittmo, who suffered his own share of misfortunes due to hits to the head.

I’m not sure which stories he was nominated for a Pulitzer for, but he’s never been a finalist. Still, he’s done great work in his second tenure with the paper and being nominated is a substantial honor in its own right (or, in this case, write).

More recently he scored the paper’s extensive (and also highly criticized) interview with O. J. Simpson. News editor-in-chief Mike Connelly identified it as the paper’s most-read story of the past 12 months in a June 3 column.

Along the way he’s done memorable stories on the late Brian “Spinner” Spencer of the Buffalo Sabres, on the bizarre death of a hoarder in Niagara Falls, and in his multipart series on Bills draft pick Josh Allen.

Graham has been generous with his time and has made several trips to speak to my students at Fredonia. One of the things that becomes immediately clear when talking craft with him is just how hard he works and how intense he is. That’s something people on the receiving end of some of his social media burns have learned as well.

Graham was in his second tenure at the News. He returned in 2011 after spending time with the Palm Beach Post and ESPN. He had previously worked for the paper from 2000 until 2007, winning awards for his coverage of the Sabres.

The News had already posted several help-wanted ads. If they try to fill Graham’s shoes, it won’t be easy.

Elmer Ploetz is an associate professor at SUNY Fredonia, where he has taught journalism since 2008. He worked as a reporter and copy editor in sports and news at the Buffalo News from 1985 to 2008. He can be reached at eploetzfredonia@gmail.com.