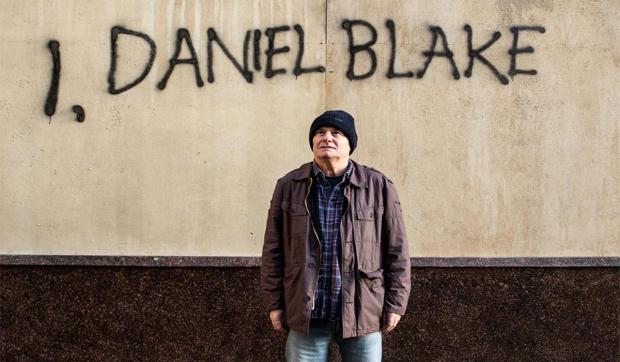 Great Britain’s ruling class is still trying to come to terms with the unforeseen results of last week’s “snap” election, and Prime Minister May’s startling loss of the Conservatives’ parliamentary majority, rather than the increase she and they expected. This, a year after the similarly unexpected result of the likewise unnecessary Brexit vote former Prime Minister Cameron brought down on his own head. Bearing in mind recent elections on both sides of the Atlantic, do you sense a theme? Large portions of electorates in several Western nations aren’t responding agreeably to the assumptions and expectations of their journalistic, academic, and political betters. “Something’s happening here,” and what it is isn’t quite clear, as the old Buffalo Springfield song had it.

Daniel, a 59 year-old master carpenter and widower, has a heart problem that’s sidelined him on a doctor’s orders. But the government ignores this and requires him to actively seek out largely non-existent jobs for which he’s medically unfit anyway.

The movie’s tenor is incisively indicated at its start, as, over the credits, there are voiceovers of Daniel being forced to submit to dopey questions from a self-identified, privately contracted “health care professional.” (She asks if he can touch his head with one hand.) From this, he’s assessed as “fit,” despite his doctor’s order. His subsequent nightmare experience is something like being in a summarily rule-bound maze administered by unsympathizing social service apparatchiks, except for one woman whose boss rebukes her for trying to help him.

All this could be rendered satirically, as the late Brit director Lindsay Anderson might have done. It’s arguable that this material would be more audience-friendly handled as spoof, but Loach has never seemed temperamentally attuned to satire. He’s an earnest, closely observant humanist trying to quietly dramatize and illumine working-class and lumpen society and the injuries of class. Does he load the dice on occasion? Sure. But the bleak, neo-realist feel of his movie is softened by the subplot involving Daniels’ befriending of a young single mother of two who’s also brutalized by the system (Hayley Squires in a sharp, moving performance). Their relationship will lead an audience to warmly appealing interludes, and to heartbreak. Loach has, to be sure, also provided some leavening wit and humor.

The director has been artistically delineating class divisions in Great Britain for over half a century. So he got there a lot earlier than the erudite analysts now puzzling over today’s disruptive expressions of popular discontents. Loach still provides humane insights missing from much of the current discussions.