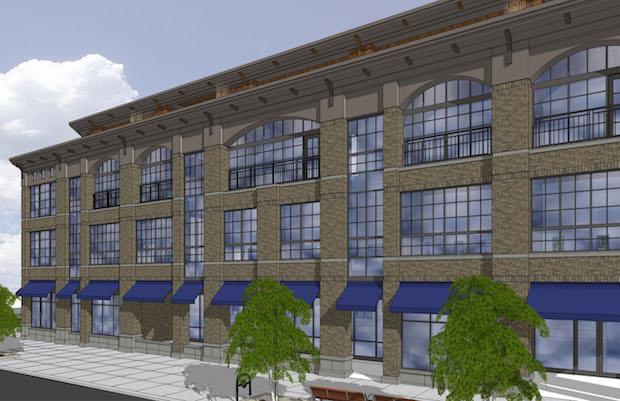 The City of Buffalo’s long-touted new zoning law—the Uniform Development Ordinance (UDO) or “Green Code”—has been in effect citywide for two months. Is that too short a time period for members of Mayor Byron Brown’s planning staff to familiarize itself with its provisions and apply its requirements to Chason Affinity’s proposed “1111 Elmwood” project at the southeast corner of Elmwood and Forest avenues?

Or, are we just seeing more of the same from the ninth floor of City Hall? That is, are the staff members of the Mayor’s Office of Strategic Planning (headed by Executive Director Brendan Mehaffy), and the city’s Division of Planning (under the leadership of Nadine Marrero) being willfully indifferent or blind to zoning, planning, and environmental requirements that might slow down or derail a proposed development project?

I’m not in a position to know with certainty whether it is ignorance, indifference, incompetence, or some unidentified reason. What I do know is that Chason Affinity’s project is not being held to the requirements of either the former zoning ordinance or newly-enacted Green Code/UDO. While an excellent report by WBFO’s Chris Caya diplomatically includes a question mark in its headline—“Does proposed Elmwood Village project violate the Green Code?”—the answer, in my opinion, is a clear and unequivocal yes.

Please note, I am not saying—as many well-intentioned individuals have argued—that Chason Affinity should be prohibited from proposing a project that requires “variances” from the specific requirements of the zoning ordinance. Both New York State law and the Green Code/UDO mandate that a property owner or project sponsor have access to the variance process—that is, the ability to apply to the city’s Zoning Board of Appeals (ZBA) in an attempt to demonstrate at a public hearing that he/she should be relieved of a particular requirement in the zoning code.

I’m saying that there are provisions of the Green Code/UDO that Chason Affinity’s proposed project violates, and that the city’s planning staff are, intentionally or otherwise, disregarding those requirements and allowing the application process to proceed without addressing that non-compliance.

If you are interested in the details, please visit withallduerespectblog.com and read the letter that I sent on June 5, 2017 to James Comerford, Jr., Commissioner of the Department of Permit & Inspection Services (who is empowered under the Green Code/UDO to provide “written interpretations” of the UDO provisions) and Ms. Marrero (who, as “Zoning Administrator,” is the person who makes a “determination of completeness” when a project sponsor applies for a discretionary approval under the UDO from the Common Council, City Planning Board, or Zoning Board of Appeals).

Here is a quick summary of the primary areas of non-compliance that I believe the mayor’s planning staff has so far ignored:

Issue No. 1—Combination of lots

The Green Code/UDO’s “Elmwood Village Standards” include the following provision: “No more than two lots in the Elmwood Village, existing at the time of the adoption of this Ordinance, may be combined for the purposes of new construction in an N-2C or N-2E zone.” Chason Affinity’s Elmwood Ave. property is located in an N-2C zoning district, and consists of 10 lots, extending 321.5 feet.

Chason Affinity claims that it combined these lots in 2016, but has not provided any public support for that assertion. There was only one lawful way in 2016 for the project sponsor to consolidate its lots: obtain approval of such consolidation from the City Planning Board after a public hearing. Zoning Administrator Marrero has stated in a recent email that consolidation of the Chason Affinity parcels was not completed through the Planning Department, but, apparently, through “Assessments.”

Despite the apparent failure of Chason Affinity to lawfully combine “more than two lots”, Ms. Marrero has allowed the proposed 1111 Elmwood project to proceed before the Planning Board and—as currently scheduled—the ZBA on June 21, without addressing this significant issue. While Chason Affinity’s 10-lot combination extends over 320’ on Elmwood Avenue, the two-lot limitation would restrict the Elmwood Ave. frontage—and, the length of the building—to less than 82 feet—and would eliminate the need to demolish 8 of the ten of the existing century-old buildings.

The Green Code/UDO is clear. A project sponsor must “select” which allowed building type it proposes to construct, and then comply with the standards for that building type. This form-based approach to zoning was an integral feature of the new zoning code. But Chason Affinity has failed to comply with this requirement, and is attempting to have its building treated as both a Commercial Block building where convenient, and Stacked Units building where a Commercial Block building is inappropriate.

The most disturbing aspect of this issue is that the Zoning Administrator and City Planning Board are allowing the project sponsor to get away with this flagrant disregard of this basic Green Code/UDO requirement.

Issue No. 3—Conflicts with “Commercial Building” and “Stacked Units” requirements

Whether or not the intention of the Green Code/UDO is to permit a “hybrid” building, the residential-only portions of the proposed monolith—the southern portion of the Elmwood Ave. frontage, and the portion of the building located at 605 and 607 Forest Ave.—violate a number of the requirements for a “Commercial Block” building and “Stacked Unit” buildings.

City Hall has treated the Chason Affinity application as “complete” without requiring the project sponsor to apply for additional variances despite the following examples of non-compliance with Green Code/UDO requirements:

a) The residential-only portion of the building located at 605-607 Forest Ave. violates the following “Stacked Units” requirements: (i) there appears to be no “shared entry”;  (ii) it lacks a second side yard (which would make it a free-standing structure); and (iii) it appears to lack the required rear yard.

b) If the “condominium portion” of the building on Elmwood Avenue is a Commercial Block building, as claimed by Chason Affinity, it currently violates the “Commercial Block” requirement that the ground floor consist of “retail or service uses.”

c) If, in fact, the “condominium portion” of the building on Elmwood Avenue is meant to be a “Stacked Units” building, it violates the Green Code/UDO’s exclusion of “Stacked Units” in the N-2C District. It also lacks the required “shared entry” and second side yard.

Zoning, planning, and environmental laws are meant to be applied as written, not as a project sponsor or Mayor Brown’s Administration wants to interpret it to expedite or ease a project’s construction.  If you agree with this sentiment—whether or not you support or oppose Chason Affinity’s project—please contact the your elected officials by phone, email, letter, or in person, to demand that the law be objectively and fully applied.

Art Giacalone is an attorney who represents a group of neighborhood stakeholders opposing Chason Affinity’s current redevelopment plans at the intersection of Forest and Elmwood. He writes about legal issues at withallduerespectblog.com.