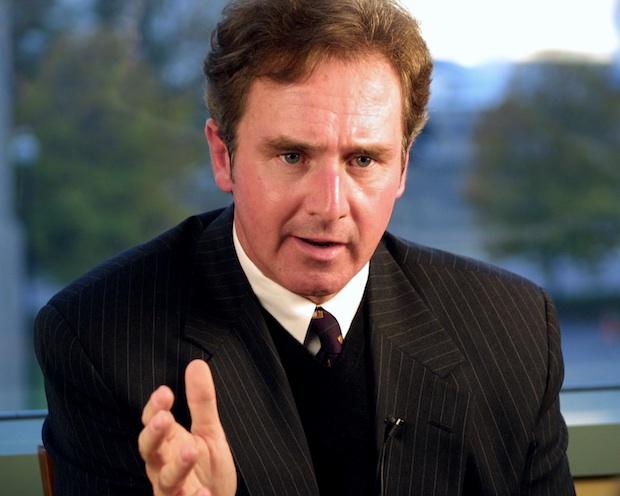 Next Monday at a free public conference at Buffalo State College, expect to hear US Representative Brian Higgins (D-NY) agree with two dozen distinguished economists on a huge infrastructure program, and on new policies to lift wages, reorganize the US and other national budgets to support public services, and for policies that would move us toward actual full employment instead of what we have now—a bubble of low-wage, contingent, part-time jobs that still leaves huge swaths of the workforce on the wrong side of economic independence.

The people coming to our town are the theorists who warned about the 2008 financial crisis years before it blew up. They’re the people who did the math that proved that so-called “austerity” policies retard rather than stimulate economic growth. They’re the folks who are now warning against continuing economic policies that have left incomes depressed for more than half the US population but that have resulted in 600 percent increases in the income of the top one-hundredth of one percent, according to a recent National Bureau of Economic Research study.

Higgins will speak at 4pm Monday, June 19, at Buffalo State College. (The full two-day program can be had on the Buffalo State website.) As a member of the powerful House Ways and Means Committee, Higgins has to weigh the specifics of President Donald Trump’s plans to radically change the US tax system, repeal the Affordable Care Act, shift tens of billions of federal dollars from domestic spending to military procurement, and change the public system of highways, bridges, canals, and water-quality structures from taxpayer-owned to taxpayer-paid and privately owned.

Five years ago, Higgins co-sponsored the House version of the American Council of Civil Engineers program of $1 trillion in infrastructure investment. It was a classically Keynesian effort that economists justify by calculating the return on investment. The mathematical model economists rely on is intuitively sensible: Replacing a narrow, unreliable, or non-functional bridge with one that can handle more traffic more quickly will result in a quantifiable benefit that is larger than the cost of the bridge. The accounting reasons for having the public own the bridge are also intuitively sensible: Governments borrow money more cheaply than private companies do, governments don’t have to make a profit like private investors do, and governments can manage the long-term maintenance of a bridge or a road or a water system by bringing not only tolls or fees but also other revenue into the mix. By contrast, private firms that produce toll-roads or other public projects have to make profits at every stage of production and operation: The public has to pay up-front, then continues to have to pay.

The economists coming to Buffalo will remind their audience not only of the utility of such public investment, but also of the consequences of not investing, or of under-investing, or of turning over such public functions to private, for-profit firms.

What these economists are up against is a flawed economic analysis that continues, in the Trump administration and in the Congress, to enjoy persistent and pervasive political power.

They’re also up against some horror stories. Congressional critics of public infrastructure spending have been fixated, at least since 2010, on the infamous “bridge to nowhere” in Alaska, an example of a public investment gone stupidly wrong. (Some political geniuses had decided to spend $320 million of federal funds on a bridge to connect the town of Ketchikan, population 8,900, with an island that has a population of 50.) Egged on by conservative think-tanks and political consultants, Republicans in Congress literally abolished the 200-year tradition of allowing members to horse-trade, log-roll, earmark, and otherwise do the traditional pork-barrel spending so that they could, as the saying went, “bring home the bacon” in the form of funds for projects like bridges, sewer systems, ports, roads, and such.

Thus did a rotten apple spoil a barrel of sensible policy. Higgins’s $1 trillion program of economic stimulus couldn’t get past a Republican-dominated House majority that had changed the rules, and that was led by economic theorists who rejected Keynesian thinking for the new “austerity” theory pushed by Harvard economist Ken Rogoff—a politically articulate economist whose calculations were advanced by the political Right as proof that the US (along with Germany, the UK, and indeed the European Union) should starve public spending to stimulate economic recovery from the 2008 disaster.

The problem is, Rogoff was wrong. His numbers were wrong. His spreadsheets contained errors that were exposed by a graduate student at the University of Massachusetts at Amherst, a hotbed of Keynesian thinking.

The Keynesians convening in Buffalo are the people who keep explaining not only how the austerity, anti-infrastructure, anti-spending theorists got their math wrong, but also how we really should be concerned about so much of the world’s income going to so tiny a fraction of its people—and how we really should challenge the idea that it’s ok to further enrich the rich by making public projects private, as the Trump infrastructure plan would do.

What you probably won’t hear is any endorsement of Trump advisor Steve Bannon’s plan to destroy what he calls “the administrative state,” a process that is underway today (e.g., there are no new ambassadors or US Attorneys to replace all those who were forced to resign in the first months of the new presidency). What you can hear is some smart analysis of what’s going on, and some good thinking about what alternative economic policy could look like, were Americans able to once again try on the economic theories that guided FDR, Truman, Eisenhower, Kennedy, Johnson, Nixon, Ford, Carter, and even Reagan—the president who acted as if he were an anti-spending austerity maven, but whose budget deficits and tax increases proved that he, too, was a Keynesian.

Bruce Fisher teaches at SUNY Buffalo State, where he directs the Center for Economic and Policy Studies.