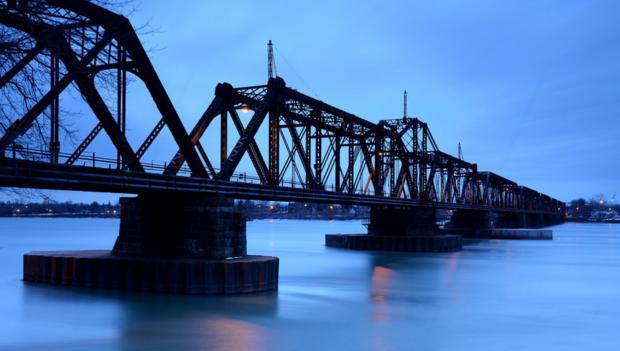 Allow me to set this up properly. There is profanity ahead.

Years ago, I used to jump to conclusions much more vehemently and quickly than I do today. I used to assign blame to things and movements and come up with bumper-sticker solutions to problems that were complex and difficult. When it comes to mass shootings or domestic terrorism or whatever you want to call it, I found that my own prejudices were not serving me well and that it was valuable to avoid knee-jerk reactions and sound-bite solutions. I don’t always succeed, but I try.

I don’t think that all religion is a problem; I have people in my Facebook friends list who are extremely devout and — even if we don’t always agree — they are fundamentally kindhearted. I don’t think gun control is the answer to the problem, mostly because it won’t happen. There is no political will or public consensus for tightening gun laws, because we had an incident where twenty 1st graders were shot dead, and we as a society did nothing. Regardless of the amorality of that non-reaction, it is our reality and we must live within it. If our country won’t respond to Sandy Hook, what hope is there that gun laws will be modernized or tightened when, say, a lunatic shoots up an LGBT nightclub?

And of that: I could have succumbed to the very strong desire to liken conservative anti-gay sentiment to what happened in Orlando, but to what end? What good will come of getting conservatives’ backs up on this? Regard them now, as they use innocent LGBT lives as ammunition to assail the President. It’s despicable and craven, but see how it forces them to even inadvertently value the LGBT lives lost.

On Saturday, America had another massacre, and it wasn’t remotely random: it was a targeted attack against the LGBT community. The right wing seem intent on using this as a political matter: but not as a way to strengthen or bolster LGBT rights. Instead, they see it as an opportunity to assail the President and Democrats. Cheap shit by cheap actors. My left-wing friends are all-in for the lost cause of keeping AR-15s out of the hands of violent mass-murderers. I went out of my way to avoid jerking my knee in any direction, except to feel deep sadness and confusion. Here is what I wrote on my Facebook timeline:

This is an unimaginable tragedy that transcends politics.

This is a terrorist action perpetrated by a madman, and I have not once, not on any social media or blog, blamed Republicans or gun control, or lack of mental health treatment, or Muslims, or Obama, or Bush, or anything. I have laid blame on no one other than the gunman who did this, because the bodies aren’t even cold yet.

But it’s ok for [right wingers] to point out that the shooter was supposedly a registered Democrat—something completely irrelevant, as if being a lunatic with a gun is something only one political party owns. I won’t demean myself to make the comparative, because it’s cheap and meaningless. Fuck you for making it. You suck dog dicks in hell.

But it’s ok for conservatives on my timeline to blame Obama, or to say… that it’s ok for [former NYS Attorney General] Dennis Vacco to attack President Obama, as if that is in any way relevant to anything having to do with this tragedy. It doesn’t, and everyone knows it doesn’t, but politics > humanity, so we’re going to pretend that Obama is “calling radical Islamist terror a gun control problem.” He didn’t, and it’s false to suggest that.

No, actually, the mass shootings are a gun control problem. The Islamist terror is a national security problem, and when you allow Americans who are known Islamists to buy guns, the two coalesce and become one overarching sur-problem.

When the Bataclan was attacked, my timeline was polluted by the mentally diseased ramblings from fetid assholes arguing that it would never happen here because Parisians are “pussies” with “pussy” gun laws. Can’t make that argument when it’s Florida.

[Here are President Obama’s remarks], because apparently some of you don’t know how to read, or your ears are broken. Or you’re just too far up your own political sphincter that what he actually said is beside the point of Obama and Democrat bashing.

The most hilarious is that there’s been quite the effort this year to legislate away LGBT rights because they “mock God” or whatever awful justification some people concoct, yet now we’re supposed to believe that these same people give a shit about LGBT lives. They don’t just matter when you get to accuse Obama of being a terrorist, or coddling terrorists, or whatever the fuck semi-lucid point you’re trying to make: they matter all the time, even when they want to marry. Even when they want to adopt. Even when a transgender American wants to use the bathroom with which they identify.

As for Obama, here are the key paragraphs:

“The FBI is appropriately investigating this as an act of terrorism. And I’ve directed that we must spare no effort to determine what — if any — inspiration or association this killer may have had with terrorist groups. What is clear is that he was a person filled with hatred. Over the coming days, we’ll uncover why and how this happened, and we will go wherever the facts lead us…

“…So this is a sobering reminder that attacks on any American — regardless of race, ethnicity, religion or sexual orientation — is an attack on all of us and on the fundamental values of equality and dignity that define us as a country. And no act of hate or terror will ever change who we are or the values that make us Americans.”

That’s a statement of 11 paragraphs, and 5 sentences remarked upon the ease with which someone even known to the government as being sympathetic to Islamist causes can obtain firearms. Dennis Vacco is a disgusting creature for politicizing this tragedy, and his remarks are absolutely inexcusable. Completely unbecoming.

50 people are dead you motherfuckers. Have a little bit of respect: if not for them, then for yourself.

So, I wrote that and it’s profane and angry. My rant brought about some discussion, and I added a few key points:

One person reacted, “because the terrorist was a radical Islamist.”

Even if he was a radical Islamist, which is frankly very doubtful, (a) using the words “radical Islamist terrorist” has no magical effect; and (b) and then what? What were law enforcement or intelligence agencies supposed to do with this guy, within Constitutional bounds? There are so many things that contribute to all of this, and I don’t think anyone in American politics has the smarts, patience, or stomach to truly address it honestly or effectively. As for this “radical Islamic terrorism” word-fetishism, I don’t get it. I don’t get why the President won’t use the phrase, and I don’t get why conservatives think it matters one whit. Semantic arguments like this are so beyond relevance. They’re bikeshedding.

So let’s placate everyone and use the phrase “radical Islamic terrorism.” Now what? Not that the President is ignorant to it, as our bombs and drones and Special Forces shrink ISIS’ holdings in Syria (unfortunately with Russian “help”) and in Iraq. The “war on terror” continues apace. We know that horrible people in the US will attempt or carry out more massacres like Orlando. What, precisely, should we do that we aren’t already doing? How do we set up the Department of Pre-Crime?

How does “radical Islamic terrorism” explain Sandy Hook or Charleston or Aurora, Colorado—all terrorist acts. The blood of those shootings’ victims ran just as red as those from Orlando.

To me, it would seem to be common sense that people suspected of terrorist sympathies be prohibited from owning firearms. If the FBI has had to interview you even once about your particiation in jihadist websites or similar, you should be barred from owning a gun of any sort. But any such action has 1st and 2nd Amendment consequences. What’s the constitutional threshold for revoking a prospective jihadist’s right to bear arms? The perpetrator of the Orlando shootings was born in this country. You can’t eject him, and you can’t refuse him entry.

And when you label him as a jihadist, what do you do, except to publicize and legitimize his despicable “cause”? Dylann Roof slaughtered nine people for completely different reasons. Was he somehow less of a monster?

To me, life in a free society is replete with risks and responsibilities. We tickle the edges of totalitarianism when we start to infinge on rights of religious and political expression in the name of security.

Knee-jerk social media reactions are meaningless.  I don’t know what the answers are and anyone who suggests that they know is lying.