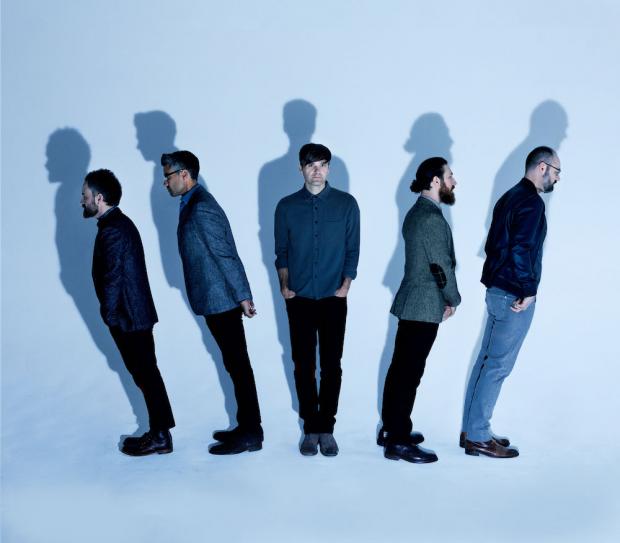 Buffalo is a city that takes pride in its spaces that help artists, whether you’re a painter, dancer, poet, or musician, to create art and exhibit it in its various venues. Albright-Knox Art Gallery continues to be one of those places, as they have featured exhibits by groundbreaking artists from all over the world, while also welcoming local artists to share their impressive talents with residents and visitors alike. To add to their embracing of art in all its forms, they are welcoming Seattle-based indie rockers Death Cab for Cutie to rock out on their outdoor stage for their annual summer concert series Rockin’ at the Knox on Sunday, June 16.

Harmer, who has been a member since the beginning, feels a close connection with the album’s lead single “Gold Rush” in its relation to Seattle, a city he’s called home since 1998. “The city looks remarkably different,” Harmer said. “In some ways it improved in a lot of places and in some places we’ve lost a lot of unique things that I think to me made Seattle kind of special.”

Growing up south of Seattle, Harmer would visit the city to see concerts when he was younger. Once he finally moved to the city he took advantage of its many rehearsal spaces in old buildings. “In these big buildings, at any point you could go in and as you were rehearsing there were dozens of other bands playing music at the same time and you were always meeting other Seattle musicians.”

He remembers being able to rent a cheap room in one of these buildings, play his weekend shows, all while being able to pay his rent. This is not the case for many musicians in Seattle these days. Most of these hubs for artists and musicians have disappeared, having been bought out by real estate developers and demolished and turned into condos and retail spaces for the city’s growing population. “Something we’re all trying to figure out right now is where do the artists fit in?” Harmer said. “How do these creative people afford to live in a city that’s rapidly changing, developing, and pricing a lot of people out?” In order to survive and continue making music, several of Seattle’s artists are vacating to other cities to find affordable band practice and living spaces.

While Buffalo is currently undergoing a similar phase of redevelopment, several rehearsal spaces still exist for artists, and musicians specifically. However, various development groups are slowly driving out some of these unique and affordable spaces. One that still stands in the city is Wasteland Studios. They have rehearsal spaces, performance spaces, and even a recording studio. In surrounding areas musicians also have access to rehearsal spaces in Kenmore at Buffalo Band Space; in Tonawanda at the old Discovery Records, a former record store that is now closed and was turned into several rehearsal spaces; and in Cheektowaga at Musicmall.

“That’s great. Embrace that. Protect those things if you can,” Harmer said after hearing about the many spaces still available for musicians in the Buffalo area.

Another standout track on their latest offering is “Northern Lights,” which features Chvrches’ Lauren Mayberry. Harmer said it was a pleasure inviting Mayberry to sing the high harmony on the track. “She’s just got such great energy and her voice is incredible. She strolled into the studio one afternoon and just nailed it.” In the past the band has toured with Chvrches and since then has developed a close bond with them.

Speaking of strong bonds, over the past 20 years Harmer has been by Gibbard’s side as they have seen the music landscape shift and shake throughout the years, as the two are the only original members of the band in the current lineup. However, one thing has stayed constant—Gibbard’s ability to write lyrics that reflect where he’s at and what he’s going through. “I think our music has evolved with us as we’ve continued to live and gather our experiences, have our adventures, and listen to the stories of people around us,” Harmer said.

As for their future plans to release music, Harmer said the band just finished up an EP they are dropping later this year. Speaking on his future with the band, he hopes to be playing music with them for as long as time allows: “It’s something that brings me a lot of satisfaction and a lot of happiness. I feel very lucky and fortunate that I get to make music with my best friends and travel the world. I hope it lasts until we’re so old and can’t stand up any longer.”

Death Cab for Cutie will be performing at the Albright-Knox Art Gallery on Sunday, June 16 starting at 4pm. Openers include Tank and the Bangas and Phosphorescent.