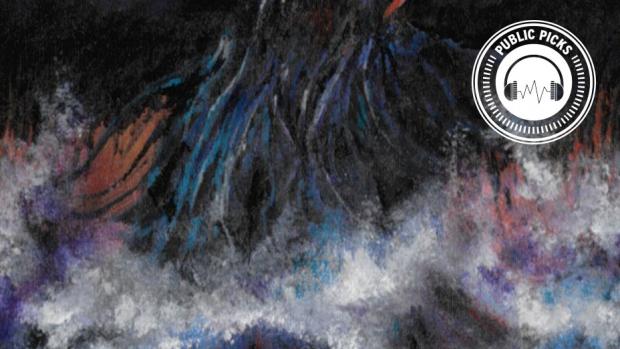 Recommended if you like: Soundgarden, Alice in Chains, Guns n Roses

Buffalo-based hard rock band Exham Priory will release their new record, From Darker Tides, this weekend with a show at the River Pub in Niagara Falls. The album chugs through nine aggressive, fun, and heavy hard rock tracks that call to mind 1990s rock bands like Soundgarden, Alice in Chains, and Guns n Roses.

Hints of heavy metal and punk rock are peppered through the album, which opens with one of the highlights, “Another Round,” kick-starting the album with heavy distorted guitars, chugging bridges, and some of the strongest vocals throughout.

“Seasons of the Flies” gets into anthemic territory with wailing vocals, huge power chords, and slow-burning guitar solos. It’s followed by “The Irishman,” which moves into metal territory, before driving through a the more emotional “Pale Goodbye,” and the Green Day-esque “Someday Never Comes.” The album ends on a darker, heavy metal tone with closer “Vacant Paradise.” Catch Exham Priory at their CD release show at the River Pub in Niagara Falls on Friday, June 15.