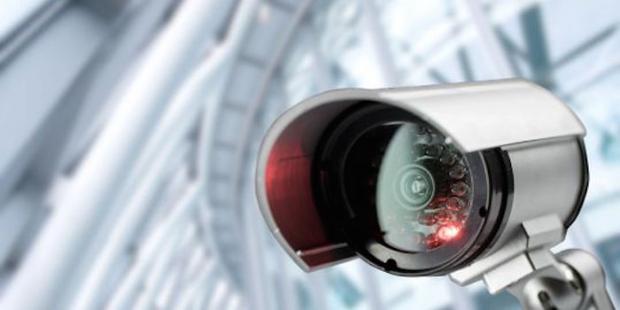 Even though Lockport is a very small school district (just 4,600 students overall), next fall when our students return to class they will be greeted with something no other schools in the nation have, a $2.7 million system of high-tech facial recognition cameras. The story behind those cameras is a cautionary tale of what can happen when your fears over school security let you be taken for a ride by clever salesmen.

In 2014 New York State voters approved a $2 billion “Smart Schools Bond” to finance capital investments to support technology education. The measure was sold as a way for districts to buy things like new laptops and faster broadband. But its drafters also included, almost as an afterthought, a provision allowing some of the funds to be used for high-tech school security.

Enter SNTech, a small Canadian company struggling to sell surveillance cameras to casinos. Suddenly the company spotted a ripe new market just across the border. It redesigned its surveillance system and began pitching it as a high-tech solution to every school’s worst fear. The company explicitly targeted New York’s 14,800 public schools and the new special funds that schools could use to buy its system. Then the company went looking for its first buyer.

The company’s approach to the Lockport District was clever to say the least. Out of the blue a “security consultant” named Tony Olivo approached the district offering his services ‘for free.’ He said he would look at the school district’s security needs and suggest a way forward (including how it could spend the funds allocated to it by the Smart Schools Bond). The district was delighted. As it turns out, however, Mr. Olivo is also a paid consultant with SNTech.

It was the equivalent of being approached by a Toyota salesman who offers to give you unbiased guidance on what kind of car to buy. Unsurprisingly, his advice to the district was to pour almost all of its Smart Schools money into the company’s expensive and untested surveillance camera system. The district took the bait.

Lockport’s superintendent, Michelle Bradley, gushed that the spy cameras were “above and beyond” and made the system the centerpiece of the district’s Smart Schools plan. Despite state requirements that the district consult with students, parents, teachers and members of the community before submitting its plan, it held its only public hearing on the cameras on a Wednesday afternoon in mid-summer. Again, unsurprisingly, no one came.

How foolish is this system that will cost the Lockport district more than $500 per student? Its gee-whiz facial recognition technology is 100 percent ineffective unless the district and system operators are able to predict in advance who the school shooter will be, get hold of a good photo of him, and enter it into the system’s data base. Its much-bragged-about gun recognition capability can be rendered useless by stashing the weapon in a $15 backpack.

What the spy-grade cameras will do is open up a huge new threat to student and teacher privacy (the cameras will be capable of creating a searchable data base of who talks to whom in the halls) as well as suck up all funds that could have been used to prepare our students for the technologies of the future.

Late in the process before the final plan was approved, these absurdities (including the consultant’s blatant conflict of interest) finally became public, but the Board of Education moved forward with the contract anyway. School district leaders, who can’t actually defend the specifics of the plan, reverted to sloganeering about “doing all we can to keep our children safe.” But school safety is not about good intentions or clever sales pitches; it is about hard analysis about what works and what doesn’t. So down the toilet goes $2.7 million in taxpayer dollars and lost education opportunity, and our students will only be safer in the district’s imagination.

Fear can make us do foolish things. My daughter goes to Lockport High School and, like all parents, I desperately want her to be safe when she walks through the doors of her school each morning. But being safe and being seduced into an expensive system of fake security is not the same thing. The district’s plan is national news now, including on the front page of the Washington Post. Lockport used to be known for its locks on the Erie Canal. Now it will be known for something else—the school district that showed how to waste $2.7 million.

Jim Shultz, founder and executive director of the Democracy Center, lives in Lockport New York. He can be reached by email at: JimShultz@democracyctr.org.