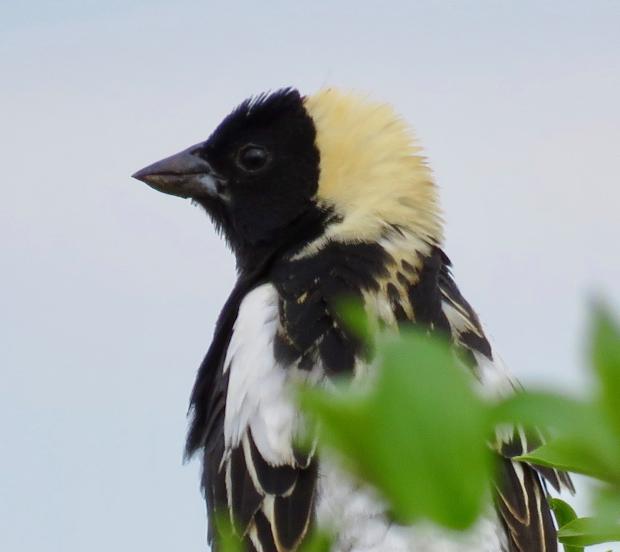 Western New York remains one of the global hotspots for birds, and birding.  We still have abundant habitat, although most remains under threat. Our habitat includes shorelines, meadows, woodlands, marshes and a a whole gamut of seasonal places that attracts both migrating and breeding birds.

As we move into summer we have entered the season where many species have or are just about finished courting and have or are building nests, laying eggs, and preparing for the next generation.  Some of our local birds have already fledged young. Others sit on eggs or are busy feeding the hungry new mouths of the next generation that grace our region with their beauty.

Todays short Sunday Morning television brings us up close and personal to some unusual, and some common birds.  We have four species to show today. Links below the video will bring you more information about each of these species and where the videos were shot.

Meadow nesters, spectacular singers, the males have outstanding black, white and yellow plumage. Once fairly abundant in this area, these birds winter in the Amazon, and breed in the north cental and north eastern meadows of North America. There are only a few places in Western New York that they can be reliably seen. Knox Farm State Park in East Aurora is one of them. Audubon has identified this species as at risk due to climate change and development. Only ⅕ of its current breeding range is expected to remain stable.  Fortunately it is possible that its range will move northward as the planet warms up.  This offers some hope for this species survival. That and habitat conservation strategies.

This is a fairly common bird in our region. The male is coal black with spectacular wing epulets of bright red and yellow. It can be found in fields and marshes, where its nest are built low. Often they can be found on top of cattails singing and socializing. The familiar clucks, chirps, and songs of this bird, one of which resembles the sound of a rusty hinged screen door are some of the first to greet us in the spring, and among the last to leave us in the fall.  The males in this video are displaying and singing at Times Beach Nature Preserve.

This beautiful dark gray bird with rusty orange feathers under it’s tail has a call that resembles a beautiful cat like mew. They are somewhat secretitive, but can be very friendly. They like dense tangles and thickets and edge areas. Like Jays and Mocking Birds, they can be great song mimics. they can sing loud and long! I recently watched and listened to a one go through a cataloge of sounds that seemed to range from boat horns and screeching tires to gull and hawk calls. They migrate to the gulf coast and into Central America and return here for breeding in mid-April to early May.

This iconic and brilliantly colored bird is also the State Bird of New York. They were once, and not so long ago almost entirely extirpated from their historic range. Now because of heroic conservation efforts this beautiful bird has made a strong return.

My grandmother used to tell me when I was a small child that the first sign of spring was the gentle, soulful song of the bluebird. This ususally occured in late winter as the sun began to make more of an appeareance across the northern hemisphere. Sadly, this story was told to me in the context of the “dissapeared” bluebird. My grandparents had been witness to the last Passenger Pigeon and the changing environment concerned them enough to educate me. By the mid 1960’s it had all but vanished. Despite the fact that I searched, I did not see a Bluebird until the early 1980’s.  Now because of conservation efforts that began in the 1970’s, including the warnings of Rachel Carsons Silent Spring, this bird has made a substantial comeback.  For the past decade late winter mornings in the woods and fields of our region are charmed by the song of this bird. They are becoming familiar again. Todays video of the feeding Bluebird was taken at Beaver Meadow Audubon Center in Java. My first Bluebird was seen there, shown to me by my dear friend Anna Mae Bacon, one of the founding mothers of Buffalo Audubon and Beaver Meadow