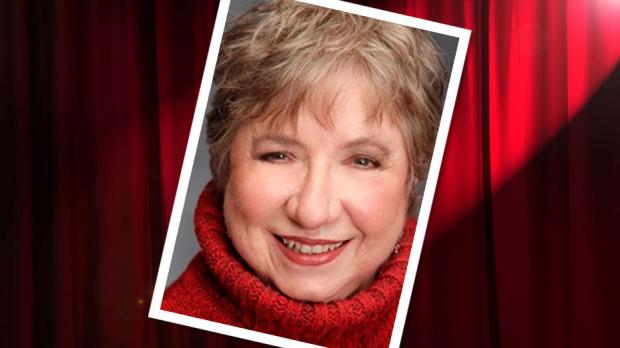 Darleen Pickering Hummert is one of Buffalo’s most admired character actresses. She is a perennial Mistress Quickly at Shakespeare in Delaware Park, or an Irish wife and neighbor at Irish Classical Theatre Company; she is reliable in the Polish American world of Tom Dudzick, or as any of a range of character women in Neil Simon, including Brighton Beach Memoirs and Broadway Bound. Within this realm, Darleen proves to have astonishing range: She is alternatingly loving or tyrannical; she can be Irish or Polish or Jewish. Among her most memorable roles she counts the spy next door in Pack of Lies, and the strict and unyielding daughter of an aging father in I’m Not Rappaport at the Kavinoky. These performances have earned the actress a litany of Artie Award nominations—five in all.

Darleen’s stage persona is so vivid, that sometimes one is not sure if she actually played a role, or if she merely should have. Did she ever actually play the mother in Barefoot in the Park, or is that merely perfect for her? Did she ever play Mrs. Brice in Funny Girl? Poncia in House of Bernard Alba? Amanda in Glass Menagerie? Winnie in Happy Days? Mattie Fae in August: Osage County? Is there a stage version of Rear Window, because “Dar” could so channel the Thelma Ritter persona!

In addition to her work as an actress, Darleen is accomplished as a director, as a writer, as a producer, as a casting director, and as a publicist. I fully expect that if she is doing a show at the time of my death, she will put flyers on the cars in the parking lot of the funeral home. She is co-founder of Theatre for Change, which, for 25 years, has produced shows about social issues in order to facilitate discussion and education, often in corporate settings.

Darleen just finished a run as Gingy in Love, Loss and What I Wore by Nora Ephron and Delia Ephron, at O’Connell & Company. The character shares the story of her life by telling about the clothes she wore during significant episodes of her past. It is a good part for her. Darleen is skilled at evoking a sense of nostalgia in her performances, pulling on specific details of her characters’ lives in a way that allows audiences to connect to their own pasts, whether it is the memories of growing up in Buffalo’s First Ward, or of our own Irish-Polish-Jewish-Cockney aunts and uncles, recalled from childhood.

Here, Darleen deploys her quick wit and sense of nostalgia to the Public Questionnaire.

What word would your friends use to describe you?
Driven. Dedicated. Nurturing. Elegant. (Okay, I lied about that last one.)

What quality in your most recent character is most unlike your own personality?
Gingy is very open and shares a lot about herself, while I’m much more guarded. (Trust issues?)

What quality in her is most like your own personality?
Her resilience.

When and where were you the happiest?
Standing in a square in Galway on May 5, 2008, feeling the presence of my mom, who had always wanted to visit Ireland. She was a fierce and loving South Buffalo Irish-American woman who never had the means or opportunity to do so.

What is your idea of hell on earth?
Two words: extreme camping.

What is your greatest fear?
Failure. Always been an over-achiever and it’s exhausting.

Which talent do you most wish you had?
Just one: that I could sing like Ella.

What superpower do you most wish you had?
Actually, I have it—the amazing power that every actor and writer has—taking an audience on a journey, making them laugh, cry, think, and on occasion maybe even change for the good.

What would you change about your appearance?
Too many things to list. I’m working on fixing all of them one at a time. I’ll let you know when I get it just right.

What trait do you most despise in others?
Any form of bullying or abuse perpetrated on someone—physical, emotional, verbal.

What trait do you most despise in yourself?
My addiction to clutter. Every so often, I get the time to really clean and organize all the “stuff” in our house, but give me ten minutes and it will all be back to the way it was.

What do you most value in your friends?
Their generosity and positivity—being there and bringing out the best in me and others.

What do you consider to be your greatest accomplishment?
Our Theatre for Change these last 25 plus years—working with clients to start a dialogue with their employees and colleagues on some very difficult issues. It’s been challenging to stay afloat, but because we have some of our area’s leading talent involved in all aspects of what we do, we’re still standing—and thriving.

What is your guilty pleasure?
Dancing With the Stars, but I don’t really feel guilty about it.

What character from fiction do you identify with most?
Atticus Finch, who embodies values I so admire and aspire to,  all in one character: integrity, simplicity, spirituality in the purest sense, love for family, and being a strong advocate for positive social change.

What person from history do you identify with most?
Gloria Steinem. She’s my hero.

What do you consider to be the most overrated virtue?
Neatness.

On what occasion do you lie?
At least once a month, when I declare firmly, “I will not overextend myself.”

What was the subject of your last Google search?
Current St. Louis Cardinals baseball scores for the die-hard fan, Richard Hummert.

If you come back in another life, what person would you like to be?
Nora Ephron or Mel Brooks.

What is your most prized possession?
The numerous stage families I’ve been fortunate to be a part of—casts, directors, writers, designers, crews and staffs. Currently enjoying being with my four sweet sisters in Love, Loss, and What I Wore—Sandra, Mary, Melissa and our fearless leader, Mary Kate. Such intense collaborations and what a reward in the end of the day!

What role, in which you will never be cast, is actually perfect for you?
Playing Grace Kelly in a biopic.

What is your motto?
“Life is like dancing. If we have a big floor, many people will dance. Some will get angry when the rhythm changes. But life is changing all the time.” —Miguel Ángel Ruiz