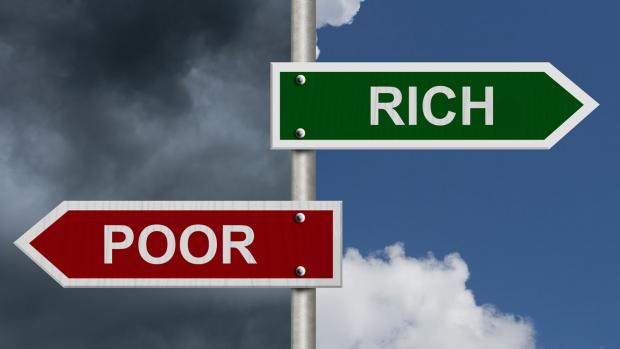 About 150,000 of the 920,000 or so individuals in Erie County qualify for food stamps. That number used to be under 50,000 before two events—the 2008 Crash, and the Obama administration’s redrawing of the rules for what’s officially called the Supplemental Nutritional Assistance Program. The average user of food stamps gets only about $135 a month, and gets it not in coupons that hold everybody up in the grocery line but in the form of a swipe-card. That $135 a month isn’t much for a working family—the vast majority of the people who qualify for this are employed adults—but it’s been extraordinarily effective in keeping the wolf from a lot of doors. The MIT Living Wage calculator estimates that an Erie County household of two adults and two kids  spends $10,321 a year on food; getting a 10 percent break on that cost is worth about a month’s rent in the Buffalo area.

The Trump administration is proposing to end the Supplemental Nutritional Assistance Program, to wipe it out entirely.

There are other programs like food stamps—the heating-assistance program, which helps moderate-income households stay warm for the five or six months of our northern winter—that are quite different from the old-school “welfare” program of cash assistance to needy families, a program that today helps fewer than 6,000 of the more than 400,000 households in Erie County. These programs exist because there’s been a general recognition in Washington, a bipartisan recognition, that school lunches, home heating assistance, nutrition, vaccination, public sanitation, and baseline public health programs like Medicaid address the gaps that persist in our generally market-oriented economy.

In short, since the days of Republican President Richard Nixon, through Republicans Ronald Reagan, George H. W. Bush, and George W. Bush—and through the terms of conservative Democrat Bill Clinton and moderate-conservative Democrat Barack Obama—pretty much everybody in power in Washington has voted for budgets that keep these systems functioning. Under Obama, two notable expansions occurred—food stamp eligibility and Medicaid. (Unlike food stamps, Medicaid pays not individual low-income persons but rather the providers of their healthcare.)

But now, Washington is considering not only wiping out the supplemental nutrition program, but also rolling back Obama’s Medicaid expansion, even to the point of removing healthcare coverage from either 23 or 24 million individuals out of the total population of about 310 million Americans.

Seeing these issues in broad national terms is important. So, too, is looking closely at our own community, especially by taking stock of incomes around here.

How Erie County sorts out

Just under three percent of Erie County residents who filed tax returns in 2015 reported making over $200,000 a year. That three percent—about 11,250 out of 427,000 filers of tax returns—made almost 25 percent of all income. They pulled in two-thirds of all the capital gains, more than half the dividends, and about one-sixth of the total salaries and wages paid here. The top one-half of one percent of all income-tax filers in Erie County reported incomes over $500,000 that year—but they, numbering only around 2,200 taxpayers, made more than 13 percent of total income.

These are not folks who are going to get food stamps, home heating assistance, or Medicaid. But of the 11,200 income-tax filers reporting incomes above $200,000 are many of the estimated 3,000 physicians in the Buffalo area, plus hospital administrators, health insurance executives, medical-equipment vendors, attorneys with health-related practices, nursing-home operators, and others. The local taxpayer cost of Medicaid is about $220 million, but the total federal and state match amounts to over $1 billion. A very significant portion of the health care expenditures for this region is for the 140,000 or so people here who are Medicaid-eligible. Another 150,000 are Medicare-eligible. Around 100,000 are eligible for Veterans Administration benefits. In short, although it’s extremely difficult to directly connect individual levels of personal income to specific programs, the federal involvement in this region’s healthcare economy is huge—and the incomes of healthcare providers are supported by, in some cases completely, by these programs which the Trump administration now seeks to unravel or radically scale back.

But focusing just on incomes, here’s the local trend: While Western New York’s population is static or slightly declining, the data show that the very highest-income households are getting a larger share of overall income than in previous years, while households reporting incomes below the statewide median are reporting less of overall income. The smaller the lower-income households’ incomes are, the more directly those incomes are supported by Federal and state income-supplement programs.

Just about the same number of Erie County residents filed federal and state income tax returns in 2015 as in the previous few years, but the latest available county-level data show a trend that should make you sit up and pay attention to President Trump’s advisor Steve Bannon that Trump’s job is to “unravel the administrative state.”

As the Obama recovery trundles along into the Trump presidency, what we see in Western New York is a gentler, more buffered version of what is happening nationally, as the very rich get much richer, while middle- and lower-income households here and elsewhere report more income than last year, but less of the overall share of income.

That pattern—of incomes growing at the top and staying the same or declining for 75 percent of taxpayers—should be shaping public policy around here. Yet there’s not much evidence that public policy at the state and local level can really change the trends.

But to the numbers.

People reporting over $200,000 in income reported almost 25 percent of total income in Erie County in 2014.

People reporting less than the statewide median income—about 75 percent of all tax-filers—reported  about 30 percent of total income.

That is arguably the portrait of a successful, stable society—where the very well-off are doing very well because a large proportion of them are actually working rather than taking in income from passive investments; where a fairly robust audience for a comfortable level of consumption exists (in the $60,000 to $200,000 range) even in an area that has not seen the outsized salaries of Silicon Valley, Wall Street, port cities, or fracking boomtowns (now, since 2016, fracking bust-towns). This one-fourth of the adult population is the target market for all the two professional sports teams, the 19 professional theatres, the three big art galleries, the dozens of new restaurants, the hundreds of new downtown condominiums, Delaware District Victorians, and the suburban new-builds.

But developments in Washington strongly suggest that the foundations of that society will soon be looking shaky—unless Republicans, who constitute the majority in the House and whom many predict will gain the majority in the Senate in 2018—reassert what had been the bipartisan consensus in favor of “the administrative state.”

On a recent visit to Buffalo, Governor Andrew Cuomo and state economic development officials toured the Buffalo waterfront, pointing out successful state and local government investments in creating Times Beach Nature Preserve (2004), Erie Canal Harbor canal district (2002), the Frank Lloyd Wright boathouse (2006), the Steelwinds wind-turbine project (2006), and some recent private-sector investment in real-estate projects along Ohio Street, including apartments, restaurants, and recreation zones. So far, however, the major public inputs have yet to result in gains in employment, though the largest single state investment, in the Riverbend industrial site for Tesla/Solar City, is beginning to staff up.

Should the federal government radically change its policy mix when it comes to health care cost-sharing, nutrition, and other income-support programs, the question for the Buffalo area, and for other areas where the vast majority of households are at or below the median income, is this: how do they cope without the federal involvement in their local economies?

The more specific question is this: What happens if income polarization continues and (inevitably) a recession happens again, even if it’s not the crushing experience we had between 2008 and 2011, when 30,000 people lost their jobs in Erie County?

The Federal Bureau of Economic Analysis assessment of Western New York has the Buffalo-Niagara Falls metro area still growing at just under two percent annually, with a strong mix of industries and sectors—giving the region a gross domestic product that has steadily grown to over $50 billion, with a percapita GDP of over $45,000. But as we’ve pointed out elsewhere, a very large portion of that growth depends on FIRE—finance, insurance, and real estate—as well as sectors like retailing, healthcare, and education that are all under a cloud because of Federal policy changes being debated in Washington.

Today’s relative prosperity, and continued economic expansion, have come about during a period of stability in federal programs. There is not only no guarantee that a massive disruption of that stability won’t hit home here: there’s a question, should Trump’s plans go through in 2017, whether 2018 and beyond will look anything like today.

Bruce Fisher teaches at SUNY Buffalo State, where he is director of the Center for Economic and Policy Studies.