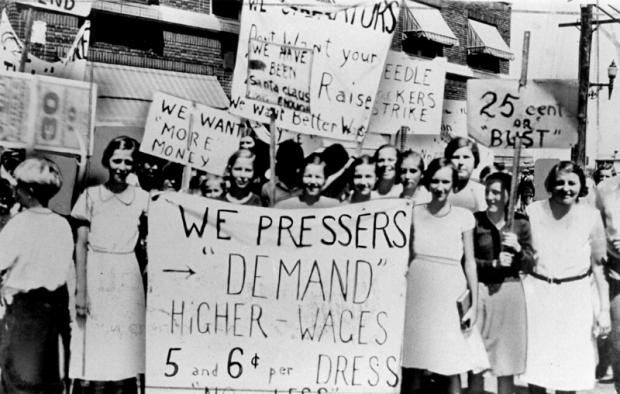 It’s pretty fascinating to see certain local political leaders spending so much of their time fixated on “greenlight legislation” that dictates which farm workers, service workers, construction workers, and production workers can be permitted to drive legally in New York, considering that Colorado, Delaware, Utah, and nine other states along with Washington DC already issue licenses to drivers who are residents of the US. In my view, elected officials should have considerable latitude in focusing on the issues they find important, but we need a politics where the needs of working people are consistently front and center.

The warehouse workers at Western New York’s largest private sector employer were stripped of pension benefits they earned because of the greed and financial mismanagement of C&S Wholesale. Former owners Ahold and C&S used the grocery stores as a piggy bank for the owners and stockholders. The new owners of Tops markets need to know that elected leaders wants the gains earned from the new investments to be shared with the workers who make those profits possible. Raise wages, invest in pensions, maybe even institute profit-sharing or stock options. The community includes workers. Give back to them.

New Era and Ingersoll Rand have decided to reduce their business footprint in Western New York. Like any company, they’re happy to sell their products to the folks in the Buffalo area, but they want to do it while cutting good paying jobs with decent benefits. Where are the leaders, who are so concerned about who does and doesn’t drive, on the issue of corporate greed?

Do the Erie County Clerk and Comptroller think that Ingersoll Rand (a company that moved its HQ on paper to Bermuda to avoid US taxes, saved $40 million, spent $5.1 billion in stock buyback between 2011 and 2017, and paid out $1.5 billion in dividends to stockholders while announcing another 1.5 billion in stock buybacks) is fair to the workers who made all of that possible? Do they think that the 18.8 billion paid out by Ingersoll Rand in CEO compensation in 2017 is justified? Who do they blame for the jobs leaving — the workers, the union, local government, or the greed of the company owners?

The workers at the Wendt Corporation have been fighting for two years now for a fair contract. They may work in Cheektowaga, but they live in towns all over Erie County. Wendt has failed to negotiate in good faith to allow those guys to get contract recognition. Do the current Clerk and Comptroller of Erie County think a welder should be paid $13 an hour? Should that welder have his/her rights to union recognition and a fair contract ignored? I’d like to know.

Speaking of $13 an hour, it’s pretty tough to buy private health insurance on a salary of $27,040 a year. The legislation that is the focus of the Comptroller and the Clerk has only been passed out of committee. In contrast, the New York Health Act has passed the NYS Assembly four times already. It would guarantee each and every New Yorker healthcare coverage. The Tops warehouse worker who is stripped of a pension, the laid off New Era worker, the displaced Ingersoll Rand worker, the guys at Wendt fighting for a fair contract – they would all have guaranteed healthcare coverage under this plan. They wouldn’t have to worry anymore about the loss of their employer-sponsored coverage or the meager benefits under the plans offered to them.

Where are the County Clerk and the Comptroller on the New York Health Act? Surely, the Comptroller would have an economic impact study on a bill that passed the Assembly four times and has thirty state Senate sponsors. He’s working on a study for legislation that has only passed out of an Assembly committee as of this writing. The County Clerk was a former Assemblyman. Why did he vote against the New York Health Act in 2015? The vote was 92 to 52, and he voted with the minority. Which New Yorkers, in his view, do not deserve guaranteed healthcare?

Of course, despite these challenges, Western New York has made some great progress in the last decade. We’ve made it past the last global financial crisis, been able to extend health coverage to more people thanks to the Affordable Care Act, and we need no longer worry about a red/green budget at the county level because of the qualified leadership in the Rath building.

However, it’s not lost on me that the richest 10 percent of Americans now control more than 75 percent of the wealth in the United States, that median incomes are relatively stagnant compared to CEO pay, that  pensions are being ripped away from working people, and that the costs of childcare, college tuition, and healthcare have all grown faster than incomes. The folks who would benefit from driver’s licenses didn’t cause these problems. The managers of a broken economic system did. Maybe the County Clerk and Comptroller can spend a bit more time working to fix these problems and a bit less time punching down and benefiting politically from the anger and anxiety of the people they are elected to serve.