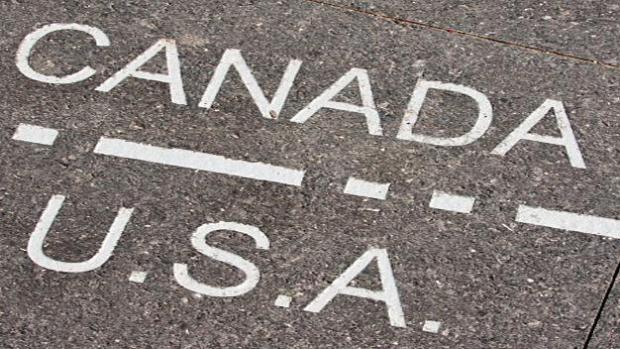 More than 2,000 miles away, Pima County, Arizona shares some crucial characteristics with Erie County. Both are border counties with populations just shy of 1 million residents, and both have been the site of an infusion of federal law enforcement money. Whereas Pima County has vigorously debated the merits of its inclusion in the program, in Erie County it’s been greenlit without any public debate or media coverage.

For both Pima and Erie counties, geographic location means that its sheriff’s department qualify as a “tier 1 entity” for funding under an $85 million Homeland Security grant program with the alluring name of Operation Stonegarden. Programs like this one were authorized after 9/11 to align the communication and enforcement strategies of local, state, tribal, and federal authorities. Operation Stonegarden, often shorthanded as “OPSG,” is overseen by the Federal Emergency Management Agency (FEMA) and is designed to fund equipment and overtime to improve the coordination of local agencies with the work of Customs and Border Patrol (CBP).

A recent series of reports in the Arizona Daily Star catalogs Pima County’s involvement with Operation Stonegarden funding. In early February 2018, the Pima County Board of Supervisors made waves when they voted 3-2, along party lines, not to accept the federal funds. The County Board of Supervisors had previously voted to accept the funds for over a decade, but this year the three dissenting Democrats, in rejecting the funds, cited recent changes in CBP policy in their county, including the militarization of the border area as well as the hidden budgetary costs

The debate over the costs continued to boil over for weeks. One county supervisor asserted in debate that every dollar of overtime paid for by the grant would cost Pima County 67 cents in contributions to the state retirement fund. Another supervisor in support of the funds complained that the Pima County Sheriff’s Office had received the funds every year since 2004, and that they now relied on the grant program to cover costs, a situation that was identified as a problem in an audit of the grant program by the Department of Homeland Security Office of Inspector General.

The audit of Operation Stonegarden, released in November 2017, expressed serious concerns that FEMA and CBP “have neither issued adequate guidance nor conducted thorough reviews of proposed costs in subgrantee Stonegarden spending plans (operations orders) to ensure approved costs comply with grant guidance and Federal requirements. As a result, FEMA and Border Patrol approved…overtime costs and…equipment costs without addressing the risk of supplantation.” (Supplantation being defined as “when a grantee uses Federal funds for an activity in place of its own funds specifically because Federal funds are available to fund that same activity.”)

The audit of Operation Stonegarden goes on to explain that FEMA and CBP failed to collect three-year staffing histories and did not restrict the amount of overtime officers may work in a 24-hour period, as required by the Homeland Security Act of 2002. In addition, it reports that the success or failure of Operation Stonegarden is not possible to determine because “the only metrics that Border Patrol reports are the number of miles patrolled and number of hours worked, and these metrics are not assessed against the law enforcement activity data required by the standardized DARs [Daily Activity Reports]. The DAR includes such data as the number of vehicle stops, citations, arrests, and people turned over to Border Patrol.”

The absence of metrics identified by the Inspector General is only compounded by the ambiguous goals that the program purports to achieve. In both grant documents and in the way that recipient sheriff’s departments talk about Operation Stonegarden the words “immigration enforcement” are always euphemistically avoided as “terrorism, criminal aliens, drug trafficking organizations, and alien smuggling organizations.”

Here on the northern border, the Erie County Sheriff’s Office is also a “tier 1 entity” receiving funds under Operation Stonegarden. According to resolutions submitted by the Erie County Sheriff’s Office and approved by the Erie County Legislature, Operation Stonegarden is “to support the U.S. Border Patrol’s primary mission of apprehending terrorist and their weapons as they attempt to enter the United State illegally.”[sic] The resolution goes on to authorize the county executive to “enter into sub-contracts with the participating agencies” namely the police departments in Buffalo, City of Tonawanda, and the towns of Brant, Evans, and Hamburg.

Back in Pima County, the debate ended when a Democratic county supervisor called for reconsideration of the vote. Fifty-five members of the public appeared at the vote to speak against accepting the funds. However, supervisors in favor of the funding assured the public that approval of the funds was attached to conditions of local oversight: requests that all employee-related expenses associated with the grant be completely covered; that new grant coordination processes be established for programs similar to Operation Stonegarden; that financial impacts on other elements of the criminal-justice system be tracked; that a formal policy be developed for interactions between sheriff’s deputies and federal officers; and, for the creation of a new committee to look at the issue of racial profiling.

A month later, the Arizona Daily Star reported that attempts at establishing local oversight of Operation Stonegarden were running into delays. The Pima County Sheriff’s Office coordinates with other local police agencies, as the Erie County Sheriff’s Office does here, and at least one participating agency referred local oversight requests to federal authorities for approval. An official with US Border Patrol was quoted as responding, “Please have them stand down on this request. It is being reviewed by our legal department. At this time, no one has given permission to release information to the county administrator.”

Erie County is no stranger to the difficulties of getting local oversight of federal grant programs. In 2014 when the Erie County Legislature asked Sheriff Tim Howard to explain the uses of a cellphone tracking technology purchased with a federal grant, he cited a secrecy contract signed with federal authorities and the device manufacturer. “With no disrespect to this honorable body,” he addressed the legislature, “the specific use of the device should be left to the monitoring of the courts and not to the legislature.” Documents related to the devices’ use were released a year later after New York Civil Liberties Union took the Sheriff’s Office to court.

The acceptance of federal grant money undeniably expands the scope of participation for local police agencies in all types of federal enforcement actions. However, because of the difficulty of establishing local oversight over federal programs, it is not easy to separate coincidental participation from program participation. In early 2017, the Buffalo News reported that 23 suspected undocumented immigrants were arrested in a joint effort by Customs and Border Patrol and the Hamburg Police. Erie County resolutions indicate that Hamburg Police have been participating agencies of Operation Stonegarden since at least 2010, but no mention was made of the program in any reporting on the immigration arrests.