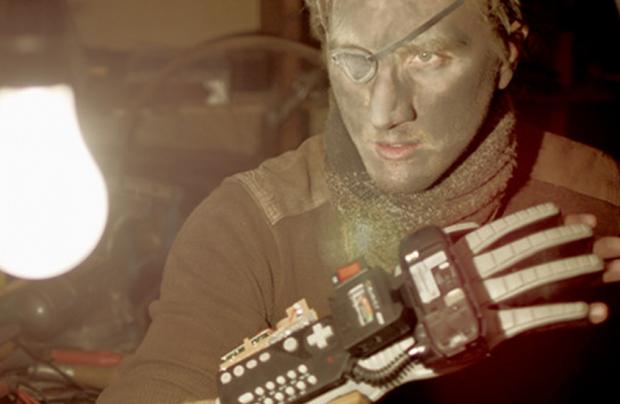 How to Save Us is a psychological drama masquerading as a science fiction thriller. Or maybe it’s the other way around; either way, it’s an independent movie that relishes genre without chaining itself to its expectations.

The setting is the island of Tanzania, of the cost of Australia. The population has been nearly wiped out by a mysterious plague. It is here that Brian (writer-director Jason Trost) comes to find his younger brother, Sam. All he has to guide him is a notebook sent by Sam that details the presence on the island of malevolent beings he calls, for lack of a better word, ghosts.

The notebook provides rules for how to deal with the ghosts: You can hear them on the radio and see them with an infrared camera. You can make yourself invisible to them by covering yourself with the ashes of the dead. They are attracted to electricity. (Like the recent It Follows, How to Save Us—the title of Sam’s notebook—understands that a good way to enliven a horror movie is to think of it as a game and provide a new set of rules.)

Trost is the only actor on screen through most of the film, but he makes excellent use of the unfamiliar Tanzanian landscape. (Plenty of credit goes to cinematographer Phil Miller, as well as to the score by Tori Letzler.) In the end it may bite off a bit more than it can chew, but any weaknesses it has are compensated for by unsettling power of all those unpeopled areas we trek through. And at it’s best it reminds you of one of the creepier episodes of the Twilight Zone.