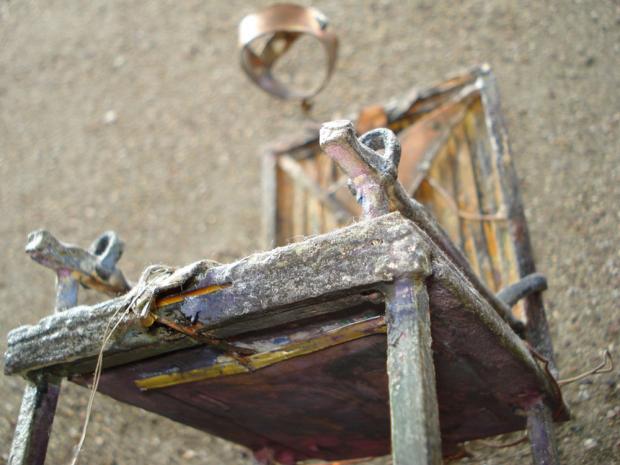 The United States is the only industrialized western nation that still permits the death penalty. It has been dwindling in the past two decades: 315 people were executed in 1996, 72 in 2014. That same year, according to Death Penalty Information Center, “death sentences reached their lowest level in 40 years, with only 73 people sentenced to death.”

Last Wednesday, the Nebraska legislature, in a 30-to-19 bipartisan vote, overrode Governor Pete Ricketts’s veto of an abolition bill the legislature had passed three times. That made Nebraska the first conservative state to abandon executions since North Dakota 42 years ago. The arguments were fierce: Some senators argued that it is simply wrong to kill, some that some criminals were so nasty the only proper response was death, some that it was just too damned expensive, some that an execution done in error cannot be fixed with a “We’re sorry” and a compensation check.

Perhaps the lamest remark in the debate came from Senator Tyson Larson, who said, “Today I will sustain the governor’s veto because I campaigned on it. This might be the last time I give the state the right to take a life because I don’t think that they necessarily should.” Which is to say, “I’ll vote what my mouth once said rather than what my brain now thinks.” Or maybe it was just his way to suck up to both sides: To the abolitionists, he says, “I’m with you,” and to the governor he says, “Don’t forget that I stood by you, big guy.” Larson’s statement is typical of many death penalty advocates: full of syllogism, tortured logic, and inconsistent ethics.

The Nebraska bill was introduced by Senator Ernie Chambers, who had previously tried to repeal the death penalty 36 times. Several times the bill passed, then unraveled on the senate floor. “Ironically,” reported Ted Genoways in Mother Jones, “what made [the] successful override possible was not Chambers himself but rather a new class of 18 first-year senators, who arrived all at once because of term limits originally passed in an effort to ouster Chambers.” Which is to say, the senior conservatives in the Nebraska legislature passed a law to get rid of this troublesome guy and accidentally brought in a bunch of younger people who thought for themselves.

Governor Ricketts speechified widely about the utility of the death penalty. After the vote overriding his veto, he said, according to his web page, “My words cannot express how appalled I am that we have lost a critical tool to protect law enforcement and Nebraska families.”

It is indeed a critical tool in law enforcement, but not in the way Ricketts suggests.

Nebraska hasn’t executed anyone since 1997 and it currently has only 10 people on death row. If the act of putting people to death by lethal injection is of itself a major law enforcement tool, it’s a tool that, in Nebraska, hardly ever comes out of the box.

It is an important tool because it gives prosecutors in death penalty states a way to extort guilty pleas from people who might otherwise go to trial: “Plead guilty to this charge and you’ll get life; force us to go to trial, and we’ll charge you with capital murder. Are you willing to gamble?”

When Diane Christian and I did research on death row in Texas in 1979, we met several men who said they’d been offered such a deal and had turned it down. One was Kerry Max Cook, who spent 20 years on death row, then was exonerated. I knew several men in general population in Texas prisons who said they’d taken a plea bargain rather than risk a capital trial with a court-appointed lawyer they’d never met.

According to the Death Penalty Information Center, 153 people have been exonerated from death row since 1973. Six of the exonerations in 2014 came 30 years or more after conviction. Three states account for a third of the exonerations: Florida (25), Illinois (20), and Texas (12).

Nobody knows how many executed prisoners would have been exonerated if DNA evidence had been available or if they had better lawyering. Diane and I met only one death row prisoner in Texas in 1979 who had retained counsel; not long after we met him, he was a free man. All the others had court-appointed lawyers. Many were executed; one is still there, 36 years later. One said to us, “I met my lawyer one day, was tried the next, and was down here on death row the day after that.”

It has become increasingly difficult for the states that want to execute people to do so. Even though the Supreme Court has restricted appeal options, particularly for poor prisoners filing on their own behalf, death penalty opponents have been often successful sniping at the edges. A court that won’t stop the execution of a prisoner convicted in his teens, will stop an execution if the state doing the killing cannot demonstrate that the drugs used in the executions meet FDA approval. That is, they can only kill you if they use drugs the FDA says are fit for human consumption. If that sounds crazy, it is.

That was one of Nebraska’s problems: Even if they managed to go ahead and strap one of those 10 death row prisoners to the gurney, they didn’t have anything to pump through the tubes into his veins. In the final back and forth about overriding the veto, Governor Ricketts said he had a source for lethal drugs. So far as I know, he never revealed that source and I’ve heard of no one who believed him.

In recent years, most of the European suppliers of the drugs used in American executions have stopped exporting them for that purpose: The lawsuits and publicity weren’t worth it. According to the New York Times, “Texas, which executes more inmates than any other state, has only enough drugs to carry out one more lethal injection.” In response to the shortage of approved killing drugs, Utah has reintroduced firing squads. Some other death penalty states are trying to reintroduce a spectrum of killing techniques.

But, more and more, the public is turning against capital punishment: It is expensive (it costs more to execute someone than to keep him in prison for life), it is inefficient (capital trials and appeals consume enormous amounts of legal resources), it is prone to error, and most important, it accomplishes nothing but revenge.

The most common justification for the death penalty is that it is a deterrent to criminals considering violent crime. There has never been any evidence to prove that capital punishment has any more deterrent effect than a long prison term. In a widely-discredited study, a UB economics professor some years ago “proved” that every execution prevented perhaps 15 murders. People who understood the field and the numbers shredded his theory. (Nonetheless, Supreme Court Justice Antonin Scalia now and then cites it.)

Another justification is that it only used for the most vicious and deadly criminals, people likely to kill again. But every maximum prison I’ve ever done research in has had prisoners in general population no different in any discernable regard from those on death row. None. That’s not just my opinion as a researcher: The wardens have said it to me time and again.

It comes down to things like race of the victim (when Diane and I worked in Texas, only one condemned man was there for killing a black person), the quality of lawyering, the county in which the trial was held (Harris County in Texas has sent more people to death row than any other; many have never sent anybody), and money: Can you pay for a good defense team? If you can, you might wind up in prison, but you won’t wind up with the death penalty. “The rich man don’t never get the death penalty,” one Texas lifer said to us. He’s right.

The only thing capital punishment accomplishes is it forces ordinary people to be complicit in the same kind of act capital punishment advocates want to punish: the killing of another human being. Only people taking part in the death penalty process are doing it rationally and calmly.

The moral and practical problems with that kind of rational killing are what 30 Nebraska state senators acknowledged last week in that 30-19 vote overriding Governor Pete Ricketts’s veto. The lobbying was strong and the pressure was heavy. That vote took political courage and a willingness to put ethical values above immediate political consideration. Good for them.

Bruce Jackson is SUNY Distinguished Professor and James Agee Professor of American Culture at UB. With Diane Christian, SUNY Distinguished Teaching Professor at UB, he wrote Death Row (Beacon, 1980), and In this Timeless Time: Living and Dying on Death Row in America (University of North Carolina Press, 2012). The two also made a documentary film about men waiting to be executed in Texas, Death Row (1979).