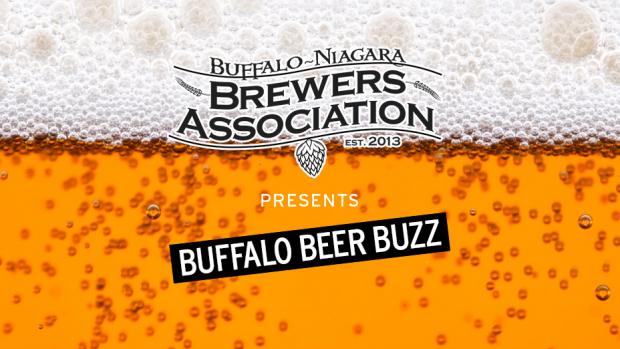 The Buffalo Brewer Series will make its return to store shelves in the coming weeks. After debuting in three-pack cans in 2015, the annual series, which features beer from Community Beer Works (Frank Pale Ale), Big Ditch Brewing (Hayburner IPA), and Resurgence Brewing (Cosmic Truth Session IPA), will expand to a four-pack in 2016 and will feature Short Stop, a brand new collaboration between the three breweries, a Belgian-style saison hopped with Galaxy, Mosaic, and Simcoe hops to combine tropical hops notes with touches of fruit and bubblegum from the Belgian yeast. They will be available at all Buffalo Bisons games at Coca Cola Field and all Consumer’s Beverages locations.

This years’ Buffalo Brewers Festival, which takes place at the Outer Harbor on Saturday, June 18, will feature a pair of special Meet the Brewers sessions. Local cheese purveyor Michelle Stevens of Buffalo Cheese Traders, along with the cheesemakers from Vermont Farmstead, will present a cheese & beer pairing with CBW, Flying Bison, Four Mile Brewing, Old First Ward Brewing Co., and Big Ditch. There will also be a beer and chocolate tasting with Scott Wisz of Chow Chocolate and beer from Hamburg Brewing, New York Beer Project, Woodcock Brothers, Rusty Nickel, and 42 North Brewing. Tickets for each session are $5 (75 available). Tickets for the festival can be purchased at BuffaloBrewersFestival.com.

The wheels are in motion over at Buffalo Brewing Company as beer is now officially in the tanks at their 314 Myrtle Avenue brewery. According to Buffalo Brewing Company’s John Domres, Jr., two of their six fermenters have been filled. Thus far they have brewed their Celebration Pale Ale and a Vienna Lager with an IPA, porter and pale ale on deck. “Once all the beers are ready we will open to the public!” Domres, Jr. says. “Things are progressing and we are just waiting on the beers to be ready.” For more information, stay tuned to Buffalo-Brewing-Company.com.

A little ways up the I-90, Rochester Real Beer Week (June 10-19), a week-long celebration of craft beer anchored by the Rochester Real Beer Expo on June 11 (Gregory Street in the South Wedge), is on the horizon. Rochester’s premier craft beer bash will feature a number of beer-centric events in and around the Steel City, including scores of tap takeovers, tastings and samplings, beer dinners, cask and firkin tappings, pig roasts, beer releases, a keg toss, beer brunches and rare beer events. For more information, tickets. and event listings, head over to RochesterRealBeer.com.