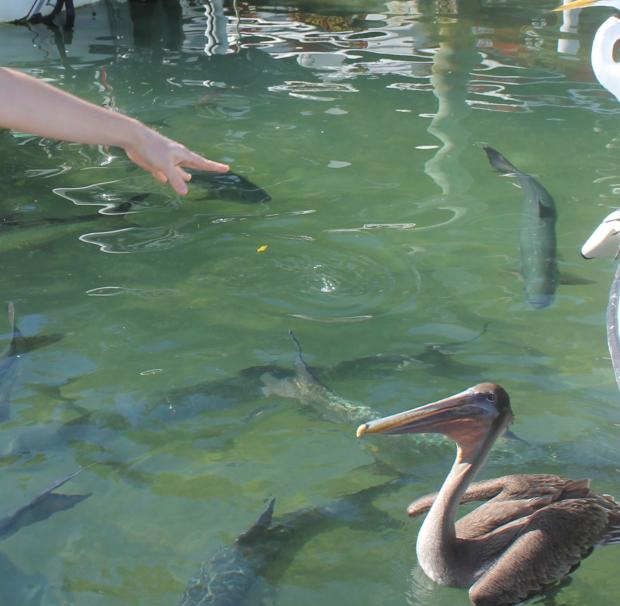 GreenWatch—New report reveals depths of negative human impacts on the oceans. A biocentric view on climate change and a call for a real climate action plan.
by
Jay Burney
/ Jun. 1, 2015 9am EST

Greenwatch: A Biocentric View on Climate Change and a Call for a Real Climate Action Plan

Our life-sustaining environment is devastated by a wide variety of forces that humans have to develop a much more profound perspective on. We have a climate emergency and it is a call for all hands on deck.

Most often when we think about climate change we begin to think about energy production and the move away from the fossil fuel industry. We are motivated to move toward what is characterized as renewable energy strategies. Science tells us clearly that the use of fossil fuels adds carbon and other greenhouse gasses to the atmosphere. These gasses are directly connected to warming temperatures, climate instability, and the collapse of ecosystems. We are right to challenge the fossil fuel industry so that we have a chance at a quality of life for the generations that follow us. How renewable energy strategies can best be developed remains a complicated political and scientific strategy.

Human-generated climate change does not begin with fossil fuels and fixing it does not end with renewable energy strategies. Climate problems, ecosystem collapse, and any potential solutions must go way beyond the kinds of fuels we use to power our civilizations. Fixing our energy systems are stepping stones, and we need to understand and plan with that perspective. It is a matter of life and death.

Q: What is the environment?

A: The natural systems including ecosystems and the biodiversity that all life, including all human life depends upon.

Biodiversity and the ecological systems that have evolved along with and in support of a stable atmosphere are disappearing. Rapidly. These systems create clean water and air. They work to regulate and moderate temperature. These are fundamental parts of the hydrologic cycle that effects precipitation and drought. They promote food sources for all living things including humans. They are the systems that have evolved on our planet that have created a stable atmosphere and other conditions to promote both life and a quality of life that have benefited the human species. In this very fundamental context, we are the environment and everything we do impacts the ecosystems that we depend upon.

The collapse of biodiversity impacts hyper-local contexts as well as regional and global conditions. How we act locally to conserve and protect our natural resources has a tremendous impact on both global and local conditions. These conditions include environmental conditions, and social issues including health, access to water, and economic equity. It is clear that this is all linked to social stability. Famine and poverty are principle drivers of the wars that are ravaging many parts of our planet. War does not benefit the environment that supports human life.

The costs to repair these broken and lost systems are astronomical. They are beyond any currently envisioned economic systems ability to address. This does not mean that we should not try.

The economy is the principle driver of climate change. In particular our system theory of free market capitalism has a tremendous flaw. The hidden hand of this freemarket political concept has reacted either inconsequentially, or has deliberately precipitated what future generations will surely characterize as the greatest failure of this system.

This economic system exploits the environment. This harms people. For instance, forests are considered valuable only for the value of timber and other commodification contexts. Land grabs based on exploitation of forests kills people and eradicates cultures dependent on the forests. Other ecosystems, such as rivers and oceans, become dumps for intentional waste streams. Legalized pollution and lack of regulation produces profits for some, death for so many others. The harm, including the economic harm done by cutting the forest and the real costs of pollution is considered an “external” cost that is to be borne by the wider society. It is intentionally designed to promote profit and growth without recognizing the fundamental harm. This economic policy is why we have a mass destruction of the environment.

David Suzuki, the renowned Canadian spokesperson for biodiversity calls the formalized system of “externalities” a form of “brain damage.”

Last week, the Royal Society, which is the National Academy of Science in the UK, released a new study about the critical nature of biodiversity and fish populations in the oceans—and how these populations contribute to climate moderation through promoting carbon sequestration.

This can be a complicated topic but one that has a tremendous significance regarding atmospheric carbon issues, how we treat our waterbodies and the wildlife that populate and support the ecosystems on which we are all dependant.

The study follows up on great work by Sylvia Earle, who has visited Buffalo often and was one of the original administrators of the National Marine Sanctuary Program of NOAA, and who raised the alarm about changing oceans in her pivotal 1995 book Sea Change.

This passionate scientific analysis eloquently spoke to how humans’ use and destruction of the world’s oceans—including the use of the oceans as a dump and consumption on a massive and unsustainable scale of fish populations for human food, has destroyed the ocean ecosystems. Those changes tremendously impact climate and global ecological stability. Since this warning first appeared two decades ago the declining conditions of the oceans and the overconsumption of fish have been unabated.

Video: Sylvia Earle TED Talk on Protecting our Oceans, (similar to a presentation she gave in Buffalo at the Learning Sustainability conference in 2001)

Ocean carbon sequestration is very important. The oceans absorb almost ½ of the billions of tons of CO2 emitted by humans. The new Royal Society report helps to identify the science of how this happens. It reveals how humans have impacted the process. The complexity of the ocean ecosystems and their capacity to absorb CO2 includes relationships to the food chain and how microorganisms such as phytoplankton found near the surface are consumed by varying levels of other organisms in the depths. These organisms include the fish that we consume as food, or waste as part of unusable harvesting. In the natural ocean system, these organisms, which represent 95% of the biomass of the oceans, are recycled by other organisms until the carbon is sequestered in the depths. The study says that disrupting this system, by human consumption and killing off the biodiversity including the mid to deep sea fish, harms the carbon sequestration cycle.  Harms it more than we have ever known.

What are the links to the Great Lakes and our Western New York region?

One way to think about this is to understand that there is an actual physical link from our homes and properties to the world’s oceans. In addition to our consumption of ocean fish and other ocean “products”, what we do upstream is critically important. What we do in our communities, our homes, and our places of business ultimately reflects on the condition of our local and regional ecosystems. The health of our local ecosystems significantly impacts the health of the ocean and as this study reveals, the stability of our atmosphere.

What can we do?

We need a local and regional Climate Action Plan that not only deals with energy production and consumption but also deals with the real impacts of development including infrastructure impacts on ecosystems. A Climate Action Plan with a deep ecological perspective on conservation and restoration planning that funds the scientific study of problems and solutions could become a blueprint for a sustainable future.

We must make the connection between how our local and regional Great Lakes ecosystems and watersheds connect to the collapse of oceans. If we need to focus on the capacity of carbon sequestration of our ecosystems in order to financially justify the planning, lets do it. Governor Cuomo says that he is committed to an active and substantial approach to climate change. Lets make this kind of work a substantial part of that.

This most specifically includes how we develop, how we characterize development, and how we create infrastructure for energy, transportation, and waste streams. This must effect how we develop our watersheds, outer harbor and our many miles of shorelines.  We need to rethink how we use these areas to deposit our urban and agricultural waste streams. Most of this comes down to our philosophical investments in growth and expansion. We use these natural systems, destroy them, and treat them as economic externalities. They are in fact not externalities. They are the most profound foundation upon which healthy life and a thriving participatory population is based. We must now make the pragmatic choice to recognize the costs and make the appropriate cultural adjustments.

If we are going to get serious about climate change we have to move beyond supporting energy systems and economic systems that exploit the world of natural systems that support our quality of life.

Can we fix this?  We don’t know but we hope to engage in this conversation in this column in the coming weeks and months.

Send us your thoughts.

GreenWatch is a collaborative project of the Learning Sustainability Campaign, Western New York ClimateWatch, and the Public.

Jay Burney is environment and ecology editor for The Public and a founder of Greenwatch.