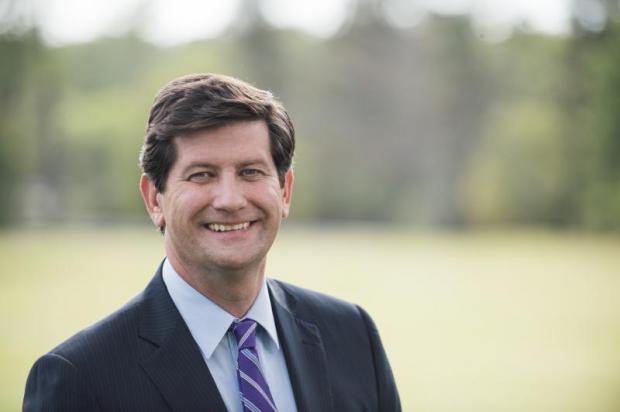 Erie County Executive Mark Poloncarz just completed a monthlong series of community meetings in which he advocated the consolidation of regional school districts.
by
The Public Staff
/ May. 31, 2018 8am EST

Earlier this week, Erie County Executive Mark Poloncarz held the last of three community meetings this month in which he has argued the advantages of a proposal to consolidate several school districts in the county—for example, the four separate districts in the Town of Cheektowaga and the Depew Union Free School District, which, Poloncarz says, could save $1 million a year by unifying into one, Williamsville-sized school district. He also champions smaller mergers between the districts of North Collins and Eden, and Alden and Akron. It’s a sensible idea in a region whose population continues to diminish: Eliminating duplicative administrative positions and instituting shared purchasing are solid ways to hold the line on local taxes without sacrificing services. It also has the potential to be the leading edge of a progressive argument about the tools for achieving across-the-board equality in public education. Among those tools are truly regional school districts, which embrace poor urban centers and rural areas as well as wealthier, whiter suburbs.

Kim Pegula finally gave Buffalo what has been missing for some years: a transparent glimpse inside one of the area’s most important private citizens in a series of articles published by the Buffalo News. Most interesting to us are her comments dismissing the possibility of building a new stadium downtown as a near impossibility. There’s likely some gamesmanship at play in her statements, but we still applaud the cold water, however self-serving, that she threw on a project that would probably cost taxpayers upwards of $500 million. That amount of public money would be far better spent on Buffalo’s affordable housing crisis including a citywide lead remediation program and possibly even the replacement of the city’s original sewer lines, which leak untreated wastewater into our waterways every time it rains. Let’s invest that money in the health and safety of our children and their children instead of in an enterprise that encourages black players not to think for themselves.

The depressing, cost-saving attrition at the Buffalo News continues apace. In the past week the News lost two longtime sports columnists—long considered their safest editorial section—in Bucky Gleason and Jerry Sullivan, writers who were featured on billboards in recent years. To use Sullivan’s favorite adjective in describing the Bills and Sabres, the future of local journalism in Buffalo is dubious. The no-turning-back management decisions made by the News, dubious. Shedding an avuncular if cranky presence in the sports pages to appeal to a younger fan base more interested in cheerleading, dubious. We’ve long wished that non-sports News columnists would adopt a similarly critical opinion of power players in the region that the paper’s sportswriters offered, but now even that department’s propensity to “column-as-I-see-’em” has been sullied. (Read more on this issue on page 5.)

The office of Erie County Sheriff Tim Howard continues to flaunt its ambivalence towards prisoner safety and accountability, after yet another inmate suicide over Memorial Day Weekend. Michael Girard became the 24th documented person to die from suicide or under strange circumstances since Howard took over as sheriff in 2006. Most likely bitter that the Buffalo News blew them in for not reporting serious incidents to the state properly, and the sheriff’s office is apparently responding by not responding to the News with information about Girard’s death that the public deserves to have.