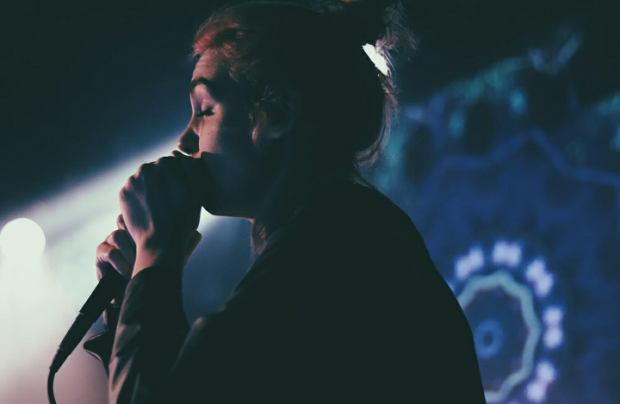 When 23-year-old Jennifer Fagotti vents her personal frustrations with bass splitting freestyle performances you can’t help but think that her visceral lyrics would scare even some of the most deplorable offenders of the #metoo movement.

“When I describe my music, the first words that come to mind are ‘massive’ and ‘evil,” says Fagotti, channeling her namesake, the mythical Medusa. “I want to be able to turn the people that wronged me to stone,” she says. Her onstage persona emerged years after living in fear of a stalker while residing in Alfred, New York. Rather than supporting her in her plight, an ex-boyfriend and many close confidants began to blame her for her own victimization and fear, even going as far as accusing her of lying about the situation for attention.

Years later, she would become inspired by the mythical story of Medusa and the idea that she was defending herself through the use of deadly powers. “To me, Medusa is like a goal,” says Fagotti. “It’s the way that I would like to be. Just take no shit—do no harm—but don’t let anyone hurt you or let anything slide.” The persona has shaped her personality on the stage and in her music. On her debut LP, titled residuals, Fagotti combines modern, dark pop synth music with references to early 2000’s cartoons like Danny Phantom and Avatar: The Last Airbender to portray her true feelings towards the men drowning in their own toxic masculinity in some of the best diss lyrics heard from a Buffalo rap artist in a long time. The 13-track record bounces between tweaked out hyper pop, downtempo synthwave, and dark hip hop, channeling inspiration from the likes of Kanye West and Grimes along the way.

Coming up for this up-and-coming feminist underdog is a highly anticipated showcase at Mohawk Place on Friday, June 1 alongside fellow local heavyweights, Deadwolf, Sofa Kingz, and Space Cubs. In terms of musical goals for the near future, Fagotti’s biggest is to be able to tour across the country, “I want to be playing at tours and festivals for the next ten years, that would be my ideal situation,” she says. “I want a double decker tour bus, where I live on the bottom level and my four cats live on the top level. That would just be too awesome.”