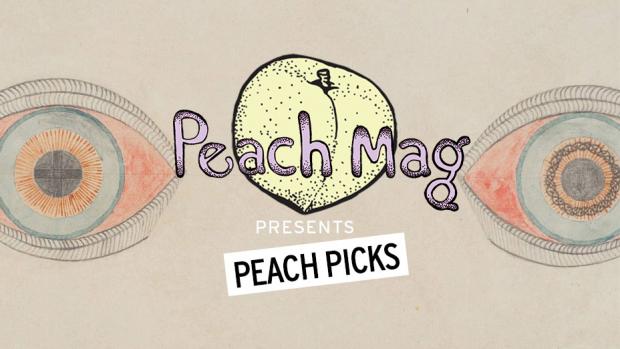 p.e. garcia is fresh on the angles in the hall of mirrors this week. garcia’s three poems from last Friday at ​Peach Mag ​trace colonial distillations of Peruvian culture. Each vignette points to an absurd artifact produced by cultural appropriation as it forces itself into conversation with culture. The cynicism is so perfect and controlled, it comes in waves: first by title, in deadpan declaratives like “the emperor’s new groove is set in Peru & stars David Spade” and “the white woman hands me a pan flute.” Then in a voice of quiet exasperation, a kind of wonder at callousness, dissonance, oblivion; garcia follows up with vulnerability. There is finally grim intimacy, a tour of the tender places that no one should have to give a tour of. And we want to know. We want to be let in. We are all complicit. —RE KATZ

blud ​is the latest collection from Rochester-based poet and activist Rachel McKibbens. The collection is a fierce, lyrical exploration of abuse and trauma. An ode to survival, the poems howl with violence and honesty, and use poetry as testimony. The collection is loaded with expressive, haunting tensions and explosive imagery. Proclamation poems with beautiful rhythmic music: “To my daughters I need to say: / Go with the one who loves you biblically. / The one whose love lifts its head to you / despite its broken neck. Whose body / bursts sixteen arms electric / to carry you, gentle / the way old grief is gentle.” ​It is a fearless and necessary book that could—and very likely already has—saved lives.​ ​These poems may best be understood and fully realized when read aloud or heard read aloud by a friend. Better yet, come hear McKibbens read them aloud herself in Buffalo this Saturday as the featured poet at the kickoff of Just Buffalo Literary Center’s ​Silo City Reading Series.​ ​ She will share the silos with poet Marina Blitshteyn, LA-based musician Tim Rutili of the band Califone, and Buffalo-based photographer, installation, and book artist Joel Brenden. —NOAH FALCK