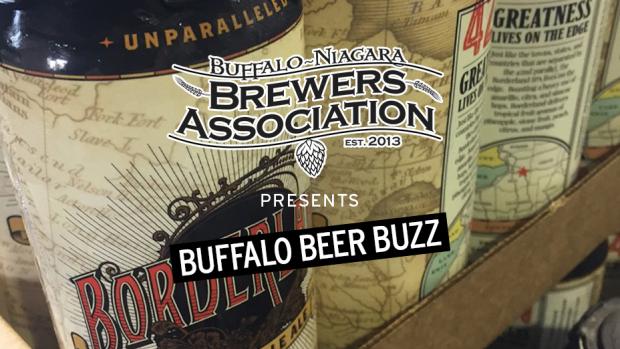 When it comes to West Seneca’s Rusty Nickel Brewing Company, time flies when you’re having fun, because it’s already time to celebrate their one-year anniversary on Saturday, June 4 (12-11pm). There will be music throughout the day from Ben Clifford, Jordan and Vicky, Oliver Lynn, Imperial Brown, and Randle and the Late Night Scandals, as well as food, custom mixologies, brewery tours, giveaways, and all your favorite RNBC beer on tap, including Fuzzy Navel Wheat, a brand new amber ale and the ultra-local Hard Red Johnson French Saison. Tickets can be purchased at RustyNickelBrewing.com by selecting the Anniversary Party and “Click here for Tickets.”

Resurgence Brewing have launched a new craft cocktail menu at their Niagara Street brewery. Among the new offerings are the Squirrely Ginger, made with Black Squirrel rum and ginger kombucha from Bootleg Bucha; the Fitzgerald, made with Tommyrotter Gin, lemon juice, agave and bitters; and the Green Tea Gimlet, made with cold-brewed green tea with mint, Lockhouse Gin, lemon juice, and agave. “Our menu is intentionally small, since we want to make sure we’re highlighting our local purveyors and fresh ingredients to the best of our ability,” Resurgence says. “Cocktails are just one more way we’re dedicated to the resurgence of Buffalo.”

After only a few years, Big Ditch Brewing has announced plans to expand their Ellicott Street facilities. New plans call for the expansion of their brewery and taproom, as well as to make their beer available for purchase in cans around Western New York. The expansion is expected to triple their brewing capacity, which is currently about 5,000 barrels or 150,000 gallons of beer per year, by adding 10 new tanks and a permanent canning line. “We’re pleased to be increasing our investment into Buffalo’s Electric District and Western New York in order to provide more beer for our loyal customers,” stated Big Ditch co-founder Paul Iskalo.

42 North Brewing are tossing their hat into the canned beer ring with the release of their Creekside Session IPA (4.8% ABV) and Borderland IPA (6.8%) in 16-ounce cans. The artwork for the cans was a collaboration with local Buffalo artists and includes maps of the region, including the trail map of Hunter’s Creek, one of WNY’s renowned mountain bike trails, on the Creekside can. “If someone gets lost on the trails, they can always use the map on the can to help find their way out,” Clay Keel says. Both beers are available in four-packs at Consumer’s Beverage and in their East Aurora room.