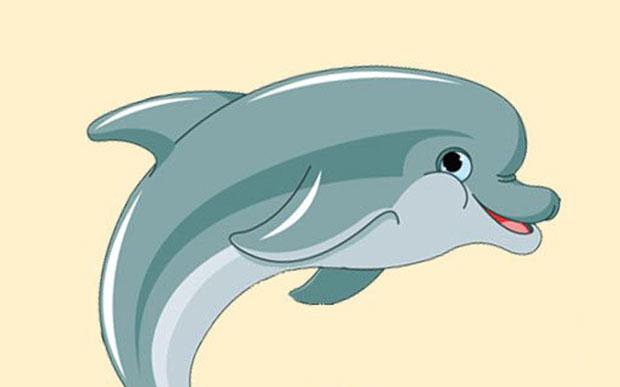 Maybe it’s because self-pleasure seems so self-indulgent. There’s no illusion of sharing intimacy with another person. (Many, in fact, are sharing intimacy with an inanimate object.) And since you are ultimately in control of your own destiny with self-pleasure, you and your inanimate object of choice may be having a better time together than you usually have in the presence of another living, breathing human being, where the focus isn’t entirely on you. Imagine that. I know, you don’t need to—me neither.

But a little more exploring and it becomes clear that The Fapness (as I’ve come to call him), his related organization, and its elusive leader, Lonnie Childs, are all satirical byproducts of National Report, which is renowned for this sort of thing. There’s a parallel argument that National Report perpetuates fake news, since it often uses a reality-based premise as its jumping-off point but that’s a battle for another day. (Would it be any fun if it didn’t? Isn’t that pretty much what The Onion does?)

The joke got carried pretty far. A fake press release circulated plugging a Michael Moore documentary film about The Fapness, who happens to have attracted more than 50,000 Facebook followers. You can even order swag emblazoned with his grinning image. I picture him with a congested, cartoony voice like Barney the purple dinosaur. “Hey, kids! You’ll never climb to heaven with your hands full of penis!” Rock on, Fappy.

Using a dolphin as a hands-off-snakey mascot is quite clever, since, you now, they have no hands and yet are thought of as sexual beings. Dig a little further and the satire gets more biting, as you discover that dolphins have actually been known to get sexually aggressive with humans, rubbing themselves against us when the moment seems right. More satiric news: The man in the Fappy suit was reported to have endured a humiliating arrest for public lewdness at Sea World. Looking over the Stop Masturbation Now website reveals some hilarious nuggets, too, including the “TM” trademark symbol next to the term “quasi homogay,” which made me laugh until my stomach hurt.

It seems logical to assume that gays and lesbians have even more of an attachment to the fantasy world that accompanies self-pleasure, especially for those of us past a certain age. I can recall a time when the actual circumstance of having gay sex seemed unlikely to me, which made the instances I conjured in my head much more powerful. Most young heterosexuals are also living in a fantasy world on the cusp of teenage/early high school years, but it’s less a question of “if” and more just about “when.” For gays and lesbians 30 and up, however, there may have been a lingering uncertainty about whether this sort of sex would ever materialize at that tender age, especially with AIDS making it seem like gay sex could be outlawed all over again. Cut to Slappy, the Anti-Butt Sex Tuna.

Apparently, the rewards are plentiful.

According to reports in Vice and New York Magazine, among others, the results of giving yourself a rest are potentially amazing. Men who challenge themselves to not masturbate for a specific length of time all seem to agree that it’s periodically tough going. But they also all experience an increase in sex drive, which is refreshing to note since — as I’ve mentioned before — gay hookup apps have made the act of having sex about as eventful as pouring yourself a soda. Even denying yourself for a week seems to produce a keener awareness of people around you. You might look up from your phone more often.

The longer the period of fapstinence, apparently, the more things begin to turn around. Energy levels spike, housework gets done, books get read, more socializing gets accomplished. Guys reported increased wakefulness, boosted creativity, less depression, and decreased social anxiety. Some said they even felt more attractive to other people. Not to overstate the case, but it sounds like it could remedy a lot of problems we might be having, no? And without a prescription.

Since so many of us use self-pleasuring as a tool to relieve stress, stopping demands coping mechanisms that you might not have exercised in a while, but breaking the cycle of giving in to our base desires seems like it’s potentially good for the soul. We could all stand to remember that we have a choice in the matter. Male libido is supposedly at an all-time low, but that’s not because we’re less horny than before. We’re hornier than ever. It’s because we’re giving in too fast, too readily. John Mayer told Playboy that he might look at 300 vaginas before getting out of bed on a given day. That’s the sort of world we’re living in. We need to relearn the art of delayed gratification, and not by sitting in front of the screen, “edging” for hours on end, but by letting sexual tension build within us while we go about living our daily lives. We’ve done it before, we can do it again.