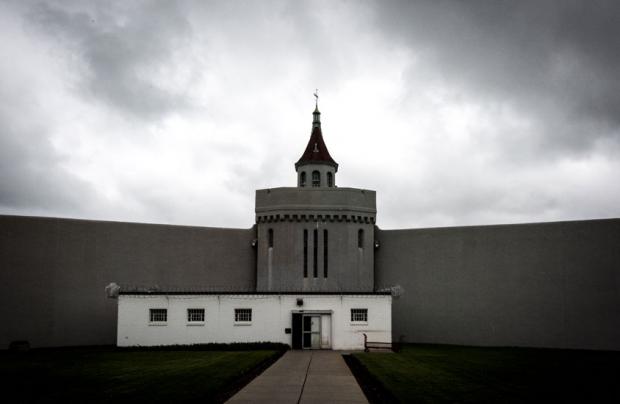 The May 22 Buffalo News ran a front-page above- and below-the-fold story about Attica, with a jump to page two with two sidebars. There was virtually no news in any of it, save that the Buffalo News and its Albany correspondent discovered some well-known New York history and, in the process, missed the real story.

That same day, the New York Attorney General’s office released 46 heavily redacted pages of the second and third volumes of the 1975 Meyer Report on official misconduct in and after the Attica slaughter and tortures of 1971. The report presumably looked into not only the atrocities that happened at Attica but New York State’s deliberate failure to prosecute individuals involved in and responsible for them. These 46 pages are a small fraction of what is in those two volumes.

The Buffalo News presented the release of the 46 redacted pages as if it were a big deal. It is shortly this side of nothing.

The document released by the Attorney General begins with a long preamble about the legality of the report itself (pp. 130-140). No data there; it’s just legal jerking off.

D-Yard after the shooting stopped, tear gas still hanging in the air.

That is, the only fact on the page is a quotation from the published 1972 McKay Report. That fact had been public knowledge since September 1971, when the New York Times reported that its earlier story about hostages having been killed by convict throat-slitters was an error, resulting from deceptive statements by corrections officials, and they had all, in fact, been killed by New York State officials’ gunfire.

What follows is largely gibberish. Sentences start, but their endings are redacted. Paragraphs start, then we jump pages: We go from a section head, “b. The Factual Bases for the conclusions” on page 142 to a quotation from the McKay report on page 189, most of which is redacted in this release, even though it had been published previously in the McKay report itself.

Page 195, most of which is redacted, jumps to page 246, which presents information on the Attica grand jury indictments, all of which has been on the public record since 1972.

It continues like that: things that have been on the record all along; a few atrocity stories, most of which came out in far more specific detail in the prisoners’ civil rights trial in Buffalo in 1991 and early 1992; some allusions to the failure by the state to investigate brutality, torture, and even murder after the retaking, all of which came out in the civil rights trial or were published in Malcolm Bell’s book, The Turkey Shoot (1985). (Bell was a prosecutor on the case who quit when he realized his bosses weren’t letting him investigate any of the torture or killings.)

The catwalk where the shooters came in and the hut where the hostages and many of the convicts were killed.

Catwalk during the retaking of Attica in 1971.

It is difficult to evaluate this part. There are those redactions that make paragraphs hard to connect. There are claims that some of the inmates wouldn’t testify in FBI hearings because they feared reprisals when they got back to Attica, which makes sense to me. There are also a lot of indications that the various commissions in New York looking into Attica weren’t sharing information with one another, and that some people were not allowed to talk to the FBI, which suggests that the FBI shrugged and decided, “We’re not going to join you in this cover-up.”

So people were holding onto their data, some convicts (who had already been tortured) were asked to talk but weren’t offered any protection if they did, and nobody seriously examined any official misconduct on that bloody Monday in 1971 or the days that followed it, or the ostensible investigations that followed the killings and torture.

The Buffalo News spent the better part of its front page on May 22 and all of its second page covering this story. But there was, in fact, no news there. The News wasn’t covering a story; it was joining in the covering-up of a story.

The real story is what happened at Attica prison that bloody Monday in September 1971, 44 years ago. And the cover-up still goes on. That story has not yet been told. Why?