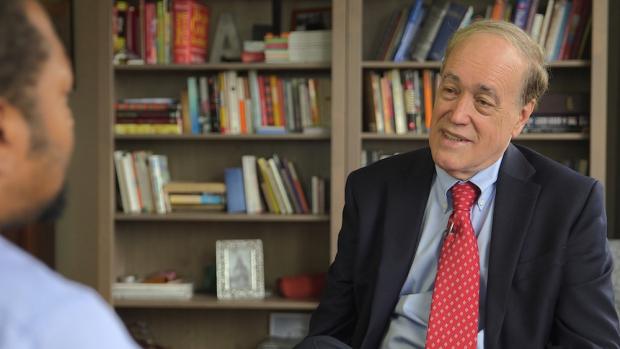 Gary Orfield has published has published a study on education and structural racism in Buffalo. Photo by Orion Gordon for PBS.
by
The Public Staff
/ May. 23, 2018 8am EST

Gary Orfield, the researcher and author who spent time reviewing education in Buffalo as a part of the federal office of civil rights complaints about admission standards in Buffalo’s criteria-based schools, published a must-read study on education and the legacy of structural racism in Buffalo. Orfield’s recommendations to the Buffalo Board of Education were adhered to in only a piecemeal fashion. It’s time district and board go all in, as the African American attendance at City Honors School has dipped into the teens. Why students from private schools and residences outside the city are allowed equal footing with a public school student in a historically racially segregated neighborhood and seeking the same placement doesn’t square with the district and board’s call for greater equity in education.

Erie County Clerk Mickey Kearns, who vowed to not follow the law, if the state in fact passes legislation allowing undocumented drivers a path to safe operation of vehicles. As it currently stands, thousands of workers, mostly in the agricultural sectors, operate their vehicles to get to work at great risk and without insurance. Allowing these folks to get proper licenses is a matter of public safety, one that any elected official worth their salt should get behind. (Not for nothing, it’s also a source of revenue for the county and New York State.) It’s not the job of a county clerk to weigh in the federal immigration debate, let alone decide which laws he will chose to follow and which he will disregard.

Buffalo Common Council. Despite vocal, months-long, and varied calls from Buffalonians to take a hard look at the police allocations in the city’s budget, which has ballooned to $135 million per year up from $109 million in 2013, the Common Council appears eager to accept the status quo, approving the mayor’s budget on Tuesday with an 8-1 vote. Meanwhile, funding to schools, community services, and arts programs for kids has mostly stagnated. If the city is willing to feed what is by far its largest slice of budget pie (almost 30 percent) to its police, citizens ought to wonder why their elected officials are so enamored with the BPD despite revelations about their lack of training, lack of performance evaluations, three civilian death investigations by the state attorney general in the past 16 months, a half-dozen officers making over $200,000 per year with overtime pay, an overarching investigation into the the department for unconstitutional and racially discriminatory policing, and a homicide clearance rate under 25 percent. Yikes.