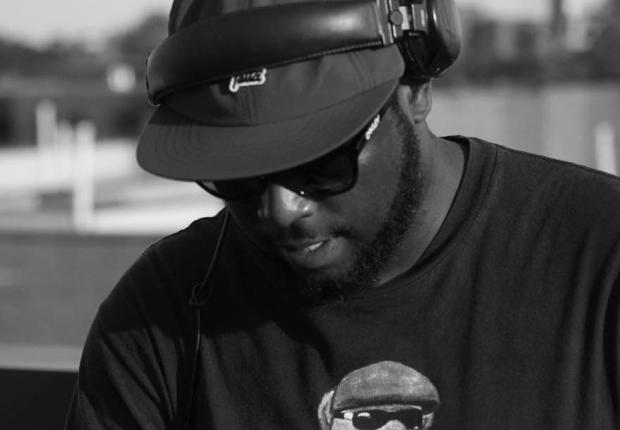 This weekend, Buffalo house music producer and DJ Rufus Gibson will head over to Detroit to perform at Sampled 16, an official after party of Movement Festival, one of the biggest house and techno music festivals in the world. He’ll share the bill with a whole bunch of house music’s biggest names, including Andres, Rick Wilhite, and Chuck Daniels, the latter of whom he brought to Buffalo just last weekend as part of his monthly Rufus Gibson Presents party series at the Gypsy Parlor. But that’s just the beginning of this artist’s summer festival plans. In July he’s slated to appear at one of Buffalo’s newest and hottest music festivals, Cobblestone Live!, along with fellow house and techno DJs Golf Clap and indie rock stars Broken Social Scene—as well as a pretty awesome and eclectic lineup of jam bands like Buffalo’s own Aqueous and the supergroup Michelangelo Carubba Super Jam. Look for Rufus to be posted up inside of Lockhouse Distillery for his set, which is part of the two-day festival taking place in Buffalo’s Cobblestone District on Friday, July 27 and Saturday, July 28.

For this week’s Summer Guide issue, Gibson took some time to pick some of his favorite summer jams of all time—from 1970s funk to 1990s hip hop and jackin house of the 2000s—and to explain exactly why they’re everything you’ll need for a barbecue, a day by the pool, or a night on the back porch. Listen online at dailypublic.com.

1. “Everybody Loves the Sunshine” by Roy Ayers
Not much really needs to be said about this one. If you’re at a cookout with some old heads then you already know this song will be played at least four times—each time being better than the last.

2. “Voodoo Woman” by Lonnie Liston Smith
Some will call it jazz, some will call it funk but one thing we do know is that Lonnie Liston Smith could never do any wrong. “Voodoo Woman” is that track for me where if I’m out on the porch posted up and lighting a spliff then this can just roll on through in the background making my day just that much better.

3. “West Savannah” by OutKast
Anyone that knows me from back in the day knows how hard I fucks with OutKast. I still say to this day that they were at their peak with the AqueminiLP. West Savannah” is my selection off this album. It’s definitely slept on the most with most people’s favorite being good ol track #5 but I’m always a sucker for funky shit and West “Savannah” gives it to you as if you’re taking off with 2 Dope Boyz In A Cadillac!

4. “It Ain’t Hard To Tell” by Nas
I always love this track if I’m waking up during the warm weather months and getting that first wake n bake going. Nas is a staple in hip hop without no debating and with songs like this it’s obvious why they are classics. Using Micheal Jackson’s “Human Nature” for its lead groove, this song just delivers in every way possible—it’s impossible to have a bad day with this track on in the background!

5. “I Can’t Wait” by Sleepy Brown
Another entry coming out of the Dungeon Family. This is one of the few songs that even the instrumental alone can put me in a great place. This song also features Big Boi to complete this excellent work by the members of the Dungeon Family. Just like Sleepy says: “This Is Dedicated To The Lovers, In You”

6. “Just For You” by Betamax
This one you can hear in my DJ sets if I’m really feeling it! I Always love hip-house, especially songs properly produced out of 1990s hip hop. Betamax did an outstanding job of sampling Slum Village ‘2U4U’ and turned this into a fucking groove.

7. “Our World (Main Mix)” by Jason Hodges Featuring William Alexander
Jason Hodges is one of my best friends in this whole music industry thing or whatever the fuck you want to call it nowadays. He’s a master of the SP-1200 and hands down just one of THE best to ever come out of Toronto. This one was released on the record label of another best friend of mine—Chuck Daniels’ label Sampled Detroit. This one is so well put together that I can never get sick of listening to it. With Hodges doing his thing on the boards, William Alexander takes it away with the flow so dope—it’s the cherry on top. My favorite line was “I talk more shit than Rex Ryan”—which is relevant if you’re a Buffalo Bills fan since we had that fool for our head coach for a minute.

8. “Our Music” by Trackheadz
This classic heater is such a bomb. I always have to tell myself not to play it because to me it’s that good. The original sample that this came from was Switch’s “A Brighter Tomorrow” which also in its own right is an excellent song. The strings in this song hit so right and I just lose it every time, as if I’m hearing this song for the first time ever.

9. “You’re All I Need” by Method Man featuring Mary J Blige
First off before I even start to write about this song, if you haven’t heard this song like ever, then do yourself a huge favor and escape whatever fucked up cave that you live in and throw this shit on ASAP! This song is so damn special to me and I can think back in my head about 100 different things that I have done while listening. It was one of the earlier times in Method Man’s solo career that he really got into his emotions and worked that shit like magic. Parring up with Mary on this song literally is a better combination than peanut butter and jelly (shots fired). The chemistry between the two were there so with that in place this song took the off. It was an anthem in my opinion and can always go off in any setting that you could find yourself in. Always brings me to a good place.

10. “Take It Easy” by Mad Lion
Right off the bat the beat on this song is knocking! Mad Lion’s verses dice this song up ever so smooth. “Take It Easy” can get any backyard party jumping in a second and still to this day is just as hot as it was back in 1994.