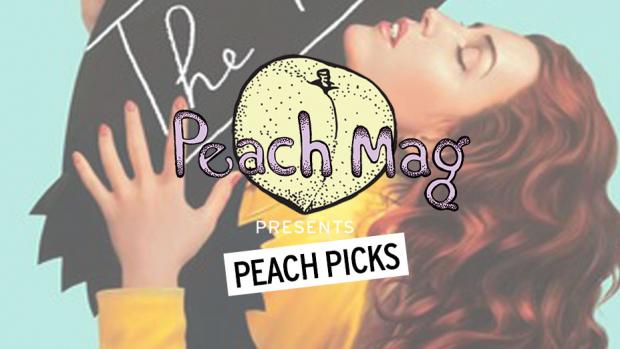 Yesterday at Peach we published three images by Melissa Efrus. The images are black-and-white, mixed-media photographs with various “glitches” in them. The photos all feature various undressed parts of the body, and as the author describes in her bio, “she has created these images to express the internal dialogues between reality and her sense of self, as well as to convey the voices of confusion that echo in her personal narrative.” My favorite of the images features sections of the artist’s face and chest in stark contrast with furniture and different textures such as textiles and wood grain.

After several years of being completely obsessed with Melissa Broder’s twitter account @SoSadToday, in which she chronicles her anxiety and depression while likewise making light of it, she published a book of personal essays aptly titled So Sad Today. So Sad Today was an immediate hit and my favorite book of 2016. Flash-forward two years, and there’s news that she is publishing a novel about obsessive love in which the object of the intellectual narrator’s affection is a merman; I was skeptical, but excited nonetheless. Broder’s debut novel Pisces was essentially everything I wanted and didn’t get out of The Shape of Water. Of her merman, she writes, “We were two fish swimming in circles around each other, playful and spared of memory, unaware that we had ever been born and that we would ever die?” Pisces is beautifully written, laugh out loud funny, and erotic in a way that will make the most hardened romance novel readers blush.