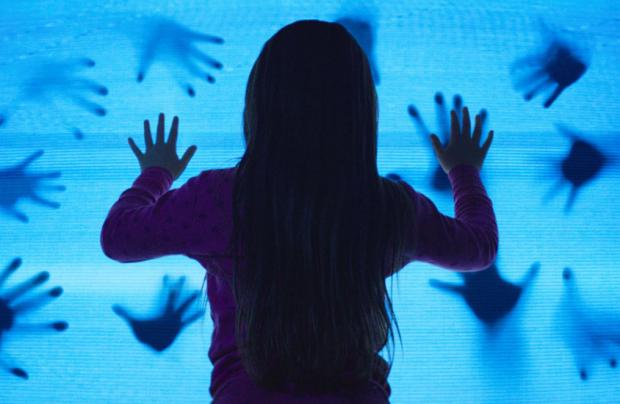 The most—in fact, probably the only surprising thing about this new Poltergeist is that they didn’t get around to it sooner. Given the relentlessness with which Hollywood has remade and/or rebooted every recognizable horror title of the past forty years, you’d think they would have got round to this one a lot sooner. Maybe it’s that the title had already been beaten to death, what with two forgettable sequels and a spin-off TV series. Or maybe it’s just that the whole family-in-a-haunted-house genre has been overworked in recent years.

Which is ironic, because that was the most original thing about the 1982 film. The director of record was Tobe Hooper (The Texas Chainsaw Massacre), but reports at the time were that producer Steven Spielberg called most of the shots. It hit theaters exactly one week before the much-ballyhooed E.T. The Extra-Terrestrial, together making Spielberg the unofficial filmmaker of the Reagan era, returning “family values” to their place in the forefront of cinema entertainment (though slyly critiquing the materialistic values of the era at the same time).

Interestingly, Spielberg’s name is nowhere to be found on the new film, which was produced by Sam Raimi and directed by Gil Kenan (Monster House). Nor do the writing credits contain a “based on” mention of the original script, odd given that it is so clearly the same story minus a few token changes.

This time the housing development is in Ohio, not California; rather than sparkly new, it is a few decades old and showing the wear of shoddy construction; and the family that moves into it is headed not by one of the developer’s realtors but by a recently laid off middle manager (Sam Rockwell). (That they are moving into a cheaper house as an economy move is one clue to the story’s inorganic reshaping.)

From there, it’s pretty much the same thing: the youngest daughter is lured into an alternate dimension with the unhappy dead (the big reveal of the original’s climax is tossed off in passing halfway through), and a team of parapsychologists is called in to retrieve her. These are led by Jane Adams, who brings in TV ghostbuster Jared Harris, substituting for the “magic munchkin” a combination of Max von Sydow in The Exorcist and Robert Shaw from Jaws. (The casting of recognizable and capable actors is the biggest thing that sets it apart from Insidious and other budget-rate franchises.)

You can amuse yourself throughout by spotting the little differences between the two Poltergeists; there’s a larger role for the son and a lesser one for the mother (played by Rosemarie DeWitt in what appears to be Pam Dawber’s old hairstyle).

Are the special effects better? Well, sure—how could they not be? The capabilities of modern digital effects probably makes most 1980s horror films unwatchable to viewers coming to them for the first time. But as is too often the case they’re treated as the only thing audiences care about. This remake is substantially shorter than the original, largely because it trims the story but leaves in all of the effects sequences. They are more smoothly handled and impressive to look out, but they don’t have much effect on us. (It doesn’t help that if you remember anything about the original, you know that you have no cause to worry too much about any of the characters.)

You can tell that the studio doesn’t have a whole lot of faith in it: on one of the biggest movie weekends of the year, the marketing plan seems to be to have it in theaters as an alternate for families who get sold out of Tomorrowland.