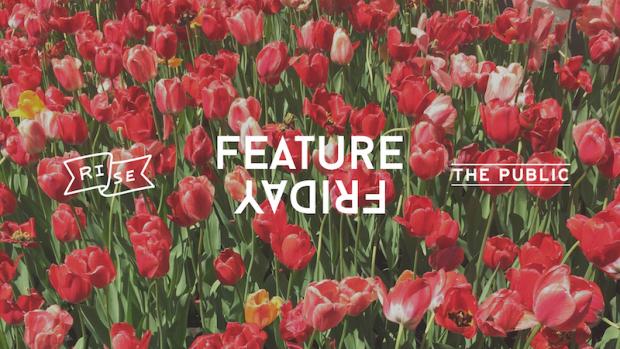 “My wanderlust can be traced back to my mom, who even with the limited income of a school teacher, found a way to take my brother and me on trips to experience and appreciate new places and cultures. Today I live on the West Side of Buffalo and I’m a videographer for a company out of Toronto. I’m very lucky to be able to live in the best city in America during the week and still travel on assignments on the weekends. What I like most about the job is the opportunity to explore some of the smaller cities and places that aren’t the first place people think of when planning a vacation. It’s in those smaller cities that people’s character and personalities don’t get overshadowed by big city distractions. This picture is a shot I took outside of a cafe called Small Point Cafe on Westminster Street in Providence RI. The street is rich with preserved architecture that house many shops restaurants and galleries. It usually has plenty of people walking around, doing their thing, but it was early enough that I had the street to myself. Just me, the sun, and birds chirping. Pretty nice morning if you ask me.”

A photo posted by Harrington Yarborough (@harringtonyarborough) on May 17, 2015 at 8:52am PDT

“The Peddler, an antique, retro and vintage Flea Market, was started four years ago after a meeting with Newell Nussbaumer and Dr. Michael Calabrese, the owner of the building and parking lot on Elmwood and West Ferry. I partnered with Newell to run the day to day business end of The Peddler. We have a good assortment of vendors, some who are there every week. We operate as soon as the weather allows, usually when it’s above 50 degrees out, and go as long as we can into the fall. We’re open Sat. 9-4pm and Sunday is our rain out date.”

“One of my favorite things to do is go to an area of the city I’m not familiar with and just wander around for hours and photograph anything I find interesting. This shot was taken near the intersection of Kentucky and Republic Streets in the Old First Ward. I love finding cool combinations of color and these two items certainly fit that bill. I encourage everyone to take an afternoon and explore an area of the city you aren’t familiar with. It’s really amazing what you can find when you’re walking around and just taking everything in.”

“The Schoellkopf Power House was built in 1917 as part of the Schoellkopf Aniline Dye works. There were 300 buildings on site including many designed by Essenwein and Johnson, one of Buffalo’s most noted architectural firms, contributing to the industrial colossus located on banks of the Buffalo River. Indigo and other dye related products were manufactured here by a number of successor companies, including Buffalo Color until 2005. Indigo for blue jeans. Stories about the toxic legacy of aniline dye production are easily found in the neighborhood. Older residents knew what was being produced on a daily basis as the Buffalo River took on the color—reds, yellow and indigo. Today the Buffalo River is being dredged and the coal tar and benzine residues involved in dye production are being hauled back to the former Bethlehem Steel site from where they came as raw materials. There’s a monitored toxic landfill at the southern tip of the former industrial site and the Heritage Discovery Center now owns the power house, the train museum folks. The Steel Museum is located next door. Exploring the neighborhood by bike is a real wow. When you head down Smith Street you can see the railroad bridges that Burchfield painted (Black Iron, 1935) and Tesla’s Solar City rising on banks of the Buffalo River where Republic Steel’s blast furnaces once employed thousands. The rail trestle that extends half-way over the river is the best spot to see what’s been lost, or gained.”