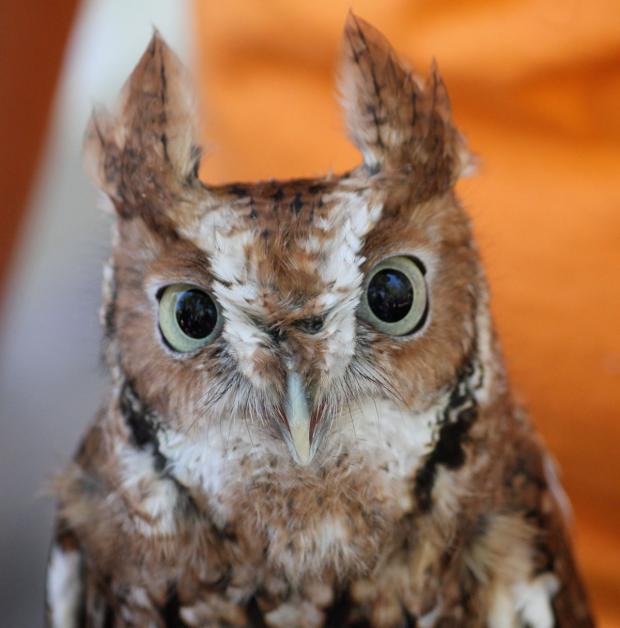 People start birding for a host of reasons. Some people just like collecting; some are hooked by the ephemeral beauty of the animals; others are simply looking for a good excuse to spend unfettered time outdoors. But once it gets in you, the birds start speaking a strange language that is both scientific and personal. The data that birders collect and upload to sites like eBird are an invaluable trove of information, rendering a pulse on the health of global water resources and wildlife as a whole.

But there’s a personal connection one can make that marries the right brain to left. I’ll never forget where I was or who I was with the first time I saw a scarlet tanager, snowy owl, or whip-poor-will. Birding allows the observer’s personal story to enter a small piece of the earth’s story and track changes happening in both.

Our area is blessed with active migration routes and varied environments that sustain different species throughout different times of the year. Here’s a quick list of active locations to discover birdlife this summer.

There’s probably a few solid weeks of late-migrating songbirds in Buffalo’s venerable resting spot until things settle down mid-June. Around Mirror Lake and the circular ridge to the south and east of the pond are active spots for a variety of migrating warblers, and sparrows, along with the brilliant scarlet tanager, and both species of orioles. Even in off-migration times, the cemetery holds a variety of raptors including great horned owls whose presence the crows sometimes betray.

Between Times Beach and Tifft Nature Preserve it’s hard to go wrong. Tifft is much bigger and offers a greater variety of vegetation and habitat making it more likely to host midsummer shorebirds, common warblers, hummingbirds, as well as herons, egrets, and gorgeously colored wood ducks. Picking out a well-camouflaged green heron perched on a partially-submerged branch on the Outer Harbor should be on the list for any beginner’s first summer.

The northern tip of the this island, which serves as parkland and Buffalo’s waste water treatment facility, seasonally offers some of the best birding along the upper Niagara River. Nineteen species of gulls—more than almost anywhere on earth—have been identified along this corridor, and below the lock on Black Rock Channel can host thousands of migrating birds fishing shiners out of the churning water. Though busiest in April and November, opportunities for surprises abound throughout the summer. Go toward sunset and you won’t be disappointed.

There are many entry points to this remarkable sliver of protected wildlife along the lower Niagara River: near the aquarium in downtown Niagara Falls, or at Devil’s Hole or Whirlpool State Parks. The gorge is one of the region’s most biodiverse areas for flora: The small patch of red mulberry trees there is one of only 10 sites that have the tree, and the deerberry bush near the whirlpool is one of only two sites. The gorge is a great place to practice differentiating species of gulls and the host shorebirds that have been recorded there.

Depending on which part of the preserve you access, the conglomeration of wetlands, marshes, and interwoven patches of forest known as the Iroquois National Wildlife Refuge is only 30-40 minutes away. Go out and hike the Swallow Hollow Trail, the Kanyoo Loop, and stop by the Cayuga Overlook to check for rare black terns in the near distance, and ospreys and bald eagles further out. There’s heron rookeries back in the trees as well, which you might chance to find active.

This site in North Java run by the Buffalo Audubon Society features an 8,000-square-foot visitor’s center and eight miles of marked and groomed trails looping around its 324 acres, which offer great opportunities for birding in all seasons. Check their calendar and make a day of it, whether with family activities, hawk watches, or dusky owl prowls.

This 390-acre refuge just outside of Little Valley is for the experienced naturalist. Trails are not well marked and there are no boardwalks over the patches of bog. But intrepid hikers are rewarded with flowering plants and mosses, including 30 species of liverworts and in mid-July visitors can encounter the great rhododendron in bloom. Species that nest on the refuge include northern waterthrush, pileated woodpecker, indigo bunting, and bobolink. Bring sturdy boots but a light footprint; bog areas are very sensitive.