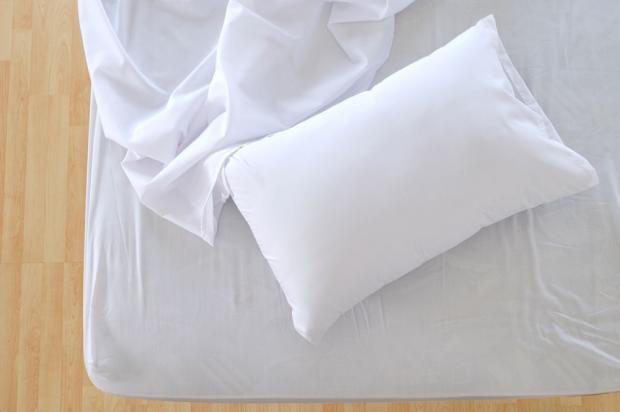 Floating by in my Facebook feed last week, some ad copy caught my eye. It read, “Bottom? Be clean for him.” The accompanying image was a pair of handsome thirty-something guys, laying together grinning,  presumably post-coitus. The sheets were blindingly white. If their behinds had been in the photo, the sun might just have shone from them. The image was undeniable: Clean. Bright. Unblemished. All human failing swept under the rug…or flushed down the toilet.

Now, I’m not such a caveman that I can’t perceive the logic behind this. I can even understand the potential attraction. But the marketing is infuriating on a number of levels. Suddenly, I had a new understanding of how some women must feel about advertising that tells them what a clean, fresh gal is supposed to smell like, and what rituals and products are necessary to ensure that freshness. We’ve entered on a new horizon of advertising here, wherein gay men are actually being preyed upon in bed. For the first time. Not in a porn magazine, on Manhunt, or in The Advocate. Not on the Logo channel or a dating site. Nope, it happened right on Facebook.

The anal-centricity of male-on-male sex cannot be avoided. Therefore, it’s only natural to wonder—especially as a kid just figuring this stuff out—how you’re going to “Be clean for him.” One might even imagine that their body miraculously takes care of the situation—I know I did.

And yet we’re fixated on obscuring our most human qualities from one another. From “poo pourri” (if you haven’t seen the ads, head over to Youtube for a hearty laugh) to underwear with charcoal slabs that filter farts, to nauseating, synthetically perfumed detergents that mask the natural smell of sweat, we’ve completely run amok. We’re desperate to shake loose from our most base common-denominators. To me, it feels a lot like shaming. The idea that there’s something really wrong with you if you’re not hyper-vigilant about hygiene has grown so pervasive in our culture, we’re now expected to be manicured, clean, and fresh from the inside out, even in our most vulnerable, intimate moments. It’s a ridiculous ideal. We’re like Lady Macbeth, attempting to scrub away the gay.

What’s more, it’s just another worry to kill the mood. Thirty years ago, sex suddenly required extra preparation with condoms and water-based lube. Some of us dealt with it by deliberately choosing not to deal with it, but for many of us, safety took precedence over spontaneity. I don’t know about you, but I’m no sexual superman—the thrill of the moment can vanish just as quickly as it arrived, and additional details beyond condoms, etc.—like ”Oh, lemme go brush my teeth” or “Careful down there, I forgot to take my fiber pills”—add up. Suddenly, I’ve lost interest. I know I’m not alone. With the exception of being safe—if you really want to have sex with your partner—none of this peripheral nonsense should really matter.

My aggravation with the Pure for Men ad led me to their website. The product is made of psyllium husk fiber—old news, normally aimed at an ever older demographic. Take two pills and within 24 hours ”your runway will be clear for takeoff,” they say. The description goes on to assert that most men consume less than half the recommended daily dose of fiber, and while this can be remedied via dietary changes, “those foods cause gas and bloating.” Because you certainly don’t want to “be gassy and bloated for him.”

The site has a Guide to Keeping it Clean that imparts much valuable wisdom. “No amount of last-minute prep (e.g. enemas, douching, etc.) will keep you 100% clean if you have a crappy diet,” it declares. (Surely someone thought themselves very clever.) ”Follow these steps to ensure you are prepared for game time…” And then the kicker: Step two tells you to “take a shower before playtime and clean out…business as usual!” So, it’s not even a real solution…it’s added precaution. The paranoia is getting worse.

“Put simply, it keeps your runway clear for landing and helps you avoid any embarrassing accidents during playtime” is how they phrase it on the FAQ page.

The implied sexual roles are also pretty awful. “Be clean for him.” Because, you know, after a long day at the office, he wants to come home and plow an unobstructed orifice. Heaven forbid nature’s calling might get in the way. They make dolls and other fleshy products that don’t have digestive tracts and don’t talk back—problem solved. But if you’re going to have anal sex with a living, breathing person, you need to accept that they poop (and also, that they might have more on their plate than worrying about inconveniencing you with some stray dookie). As Taro Gomi’s beloved book reassures us, Everyone Poops. Not just when it’s convenient, not only after he’s had his way with you.

Below the text on each page of the Pure for Men website is a recurring image of those gently tousled, bazillion-thread-count, snow-blind-white sheets…just begging for a skid mark.