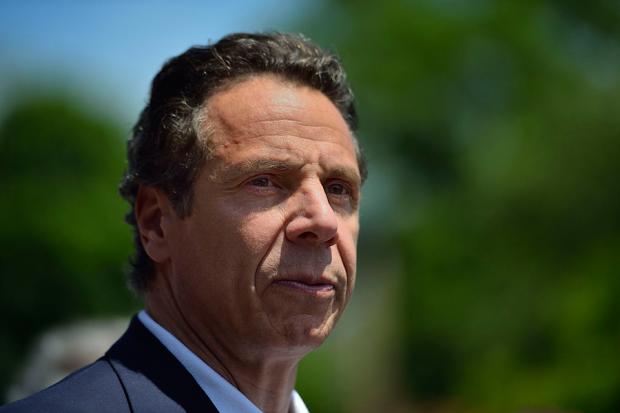 The rapid growth of renewable energy in New York State over the past five years is arguably the most positive contribution to long-term economic stability in decades. Without question, Governor Andrew Cuomo’s policy initiatives—especially his program of tax credits—are principally responsible. Cuomo expanded his New York Sun initiative for commercial and industrial users; it is now funded at over $450 million through 2023. He expanded the program for residential users; it’s now funded at over $760 million through 2023. Cuomo’s appointees at the New York Power Authority actively work to get their customers more efficient using renewables. Tax credits are a huge part of the incentive for homeowners to make the switch. Until Cuomo, the peer-reviewed economic literature on the benefits of renewable energy sources were in an intellectual wilderness until he, a handful of smart government leaders in California, Hawai’i and a couple of other states turned theory into reality. New York State put its tax code and regulatory apparatus to work so that in-state power will diminish the economic and environmental death-grip of imported petroleum.

By contrast, Cuomo’s proposed tuition tax-credit plan is the opposite of sound policy. Rather than building capital by incentivizing positive choices that have support in peer-reviewed professional literature (like the energy policies), Cuomo supports legislation that would incentivize million-dollar donors to private, parochial, charter, and other schools, such that households with incomes of up to $300,000 would benefit while all the evidence is that the need is for education support for the poorest, while mega-donors would essentially be paid net positive income to steer public funds away from public primary and secondary education.

The richest tax credit for renewable energy gets the investor 25 percent of the outlay for a home system, with a cap of $5,000. The proposed education tax credits would give a 75 percent credit, capped at $1 million. In other words, the education tax credit would allow a participant to nearly wipe out an existing New York State tax liability—and observers have noted that million-dollar participants in funding charter schools would not be prevented from being investors in the real estate that the charter schools rent (the rent charter schools pay is paid with taxpayer money).

Credit Assemblymember Sean Ryan, who represents Buffalo, Lackawanna, and Hamburg, for composing a detailed and sober critique of Cuomo’s tax credit plan. Ryan’s analysis came in response to a letter from Buffalo’s new Catholic bishop, the Most Reverend Richard J. Malone, who had written a letter to Ryan asking his support—a letter distributed to all the parishioners in the Buffalo diocese.

Catholic and other parochial schools have for decades sought state and federal tax credits for parents who choose that option for their children. And for many decades, donations to tax-exempt institutions are perfectly acceptable under federal and state tax law. Tuition and fees, however, are not deductible: it’s a basic principle of law. The public does not subsidize individual choice in schools beyond letting folks treat them the same as museums, hospitals, and other legitimate not-for-profit entities. Asking me to subsidize your madrasah, your yeshiva, your seminary, or your private boarding school has, until recently, been unthinkable.

The reason it’s no longer beyond the political pale for a Democrat is that, notwithstanding the fact that the tax code is routinely mined for worthy purposes, this particular type of tax credit has a vocal, well-organized, and focused core constituency—namely, big-time financiers who see the potential for personal gain even as they direct a campaign against the public-education establishment.

President Barack Obama, Governor Andrew Cuomo, and other typically progressive Democrats who support progressive taxation, an increased minimum wage, direct and indirect investment in renewable energy (including tax credits), and other goals that teacher unions support nevertheless have joined a campaign to use the tax code to benefit wealthy donors who campaign to undercut public education.

But clearly seeing the substance of the proposed legislation is more difficult if the focus is on the politics. The value of Assemblyman Ryan’s response to Biship Malone is that it fairly sums up the turgid prose of the bill, which, though available, few can be expected to read.

The terrible news for our political system is that the pernicious Neoliberal sentiment about public education has taken legislative form—as a $150 million handout to a handful of financiers who have such overwhelming political power that they can muscle an Administration that has, on very many other issues, been justly applauded for its prudence and for its respect for the great edifice of democratic governance.