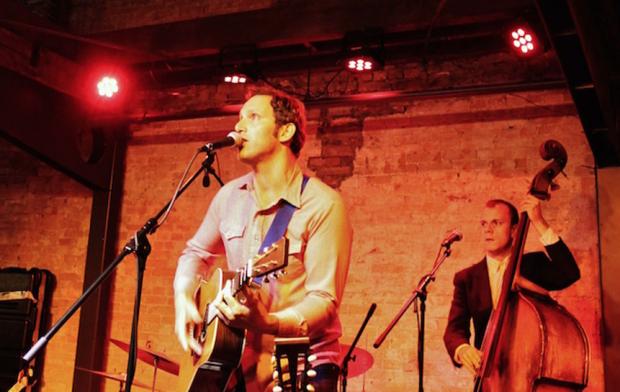 Something special is brewing on the west end of Main Street in East Aurora.

The legendary Bar-Bill Tavern has long anchored this stretch of town, but the past few years have brought several exciting, high-quality additions: the craft beer paradise of Aurora Brew Works, the super-hip Andrews’ Barber Parlor and, most recently, 189 Public House.

As a lifelong resident of EA, I struggle to understand how the building itself at 189 Main Street, with its incredible potential, always remained anonymous to me. Located just next door to the Bar Bill, it had long been used as a single-story health food store. But the vision shared by Bar Bill owner Clark Crook and his son, John, would completely transform the space and, with it, an entire section of historic East Aurora’s most renown street.

The interior is truly an impressive sight. Exposed brick everywhere, complemented by dark wood and iron, create a look that’s equal parts industrial and chic. The front dining room houses the stage, which has already been graced by the likes of Charlie Hunter, Iris Dement, and Chuck Prophet—to name just a few of the impressive bookings. And the second-story balcony offers additional seating and a range of sightlines, each of them intimate.

“The greatest compliment that people give me when they come in is that it looks like it’s always been here,” says Clark. “It speaks to the attention to detail and craftsmanship that have been put into this.” Indeed, with details such as an old Wurlitzer juke box and the laying of vintage bricks rather than new ones, the interior is meant to look like it has been (and will be) here forever.

Though 189’s original conception included heavier doses of live music and craft drinks, the popularity of the food menu has helped refine the overall offering. “We created a music venue but really we are a restaurant first,” explains John Crook, Clark’s oldest son and 189’s general manager. “How [the customers] have embraced the food and the experience has really honed our focus.”

The scrupulous efforts that are evident in the design of the space also translate over to the food. The menu aims to offer standout versions of classic Americana staples; “hamburger” and “fried chicken dinner” are the most popular dishes. For the former, 189’s brisket is ground locally, resulting in a more consistent and quality product that keeps regulars coming back.

The pear and walnut salad, as well as bold appetizers like hot fries and basket of bacon, are excellent as well. Entrée and dessert specials, offered regularly, are always very popular choices with regulars and newcomers alike.

Because 189 is so many different things, it can be easy to overlook the fact that the bar boasts one of the most impressive whiskey selections in Western New York. Behind the bar stands the “wall of whiskey,” whose top shelf—accessible via a library-style rolling ladder—offers some of the finest options on the planet. The collection includes not only iconic Irish and Scotch whiskies, but also American bourbon and rye, Canadian, Japanese, and newer small-batch American craft whiskies. The hidden gem of the group is 189’s own label.

If beer is more your thing, they have you covered there too. They have a broad selection of craft beers in bottles and on tap, including Outlaw Pale Ale, which the Crooks brewed on site.

John, an avid home brewer and beer enthusiast, tells me that they’re still in the trial phase with the in-house brewing, and the recipe for OPA is constantly being fine- tuned until it’s perfect. Its current iteration is now available on tap (just look for the badass revolver replica tap handle).

The cozy setup makes catching a show at 189 a totally unique experience for even the most travelled concertgoer. As Clark explains, “the venue has become so special so fast for both the players and the audience because it’s so intimate. There’s nothing like it.”

It’s easy enough to draw comparisons to the Sportsmen’s Tavern, but because 189 is a restaurant first, the intimacy factor melds the acts and the audience into one.

“When we had Iris Dement here, it was like she was sitting in your living room playing the piano for you.”

Whether for lunch or dinner, catching a show, or just stopping in for a cold one—189 offers an experience that is authentic, meticulously crafted, and truly one of a kind.

Check out oneeightynine.com for the full menu, drink options, and a list of upcoming shows.

This column is a collaboration with the Buffalo Niagara Brewers Assocition. Get ready for the Buffalo Brewers Festival at Canalside!