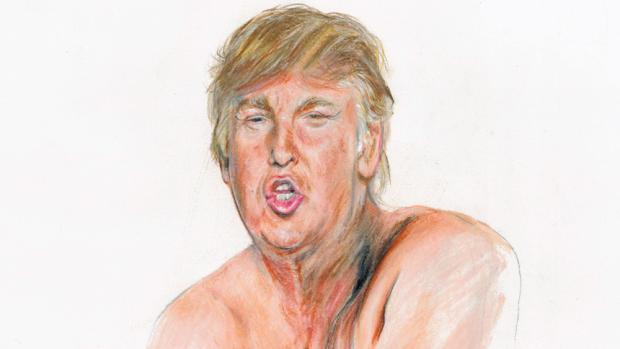 When we parse the income numbers in Erie County by looking at actual tax returns, and then count up the costs of living here where it occasionally snows in mid-May, and then compare the springtime presidential primary votes for Trump and Sanders, it’s not a stretch to conclude that there is a certain hunger and a certain impatience abroad in the land—a hunger for a change-agent, and an impatience with the rational reassurances of a non-change agent. The question arises: Will the sense of economic distress here put New York State in play for Trump?

It’s that middle-class household that is feeling the squeeze. And besides the stagnation of their incomes, the message environment this spring should worry Democrats.

Because the income numbers, and the presidential primary numbers, come in the context of the message environment of this springtime. Having run campaigns in this media market, the experience is that the springtime is when opinions gel. And all last winter into this spring, there have been hundreds of news stories about the ongoing investigation of the Buffalo Billion by Preet Bharara, the US Attorney in Manhattan who scored convictions of two of the three leaders of New York State government and who is now hot on the trail of Democrats Governor Andrew Cuomo and of New York City Mayor Bill DiBlasio.

This is why the very clever and well-advised Donald Trump isn’t immediately laughed off the stage by his claim that New York, the bluest of Democratic states, may be in play in 2016.

If his relentless messaging to the 54 percent of Erie County tax-return filers who reported $30,000 or less in income is consistent with the news articles that hint every day that not just the already-convicted but also the maybe-to-be-prosecuted New York State government leaders are corrupt, and that their promises of thousands of Solar City jobs is now hundreds of Solar City jobs, and that there’s a recession coming, and that the politics of bathrooms won’t change incomes, then chances are good that the Trump and Sanders voters of springtime will be the Trump voters of November.

But any voter looking for an economic artist to bring color back, any voter willing to project hopes onto Trump’s blank canvas, is on the wrong end of history, because there is a broadening chorus of mainstream economists, and not just Left theoreticians, who think that America has a case of secular stagnation that can only be dealt with by policies neither Hillary Clinton nor Donald Trump will embrace.

Stagnation means zero or jarringly low economic growth. Kent Klitgaard wrote in 2011 about the slowing rate of growth in our overall gross domestic product, but the mainstream didn’t listen because Klitgaard is an environmental economist who has been warning about the biophysical limits to growth anyway. He’s not the kind of insider who gets invited to the White House to advise presidents. But now, the most inside of inside guys is saying much the same thing. Former treasury secretary and economic advisor Larry Summers is using the same language. Our economy isn’t growing as fast as it needs to, and can’t unless the highest-income households pay more to support huge public spending.

Summers is no Bernie Sanders guy. He’s a Clinton-Obama mainstreamer, but he says that this economy needs major public spending—his technician term is expansionary fiscal policy—to go along with the cheap money that the non-elected Federal Reserve continues to pump out.

That’s all big-picture stuff. The major metropolitan areas of this country, the superstar cities that are seeing most of the income growth, mostly among their richest residents, all elect politicians who accept arithmetic of taxing and fixing infrastructure.

But here in the Rust Belt?

Nope. From Governor “Shutter Chicago State U” Rauner in Illinois to Governor “Let ‘em Drink Lead” Snyder in Michigan to Governor “Cyanotoxin for Toledo” Kasich in Ohio, the Rust Belt has voted for the political messaging that is unreconstructed supply side economics, circa 1979.

Here, too. We may be drinking poisoned Lake Erie water, and we in Buffalo may be about to spend our summer paddleboarding and kayaking in barely diluted, unfiltered, un-tested, un-reported raw Canalside sewage—but we won’t tax ourselves to clean up any of it because Carl Paladino and our major media outlets have convinced everybody that taxes are bad—that the reason our incomes are low for the 54 percent, and the reason our population is not growing (repeat, not growing), and the reason we need to take a risk on the reality-TV show guy, is because taxes are too high, and that the blank canvas is maybe going to be our savior because he has promised to cut them some more.

He has also promised to have massive infrastructure spending, and not just by the wall-building authority of Mexico—but there is no word from Trump on how to increase infrastructure spending (the other way of saying expansionary fiscal policy) while simultaneously reducing taxes and wrecking the international trade system invented by Richard Nixon and expanded upon by Bush I, Clinton, Bush II, and Obama.

Magical thinking is not ours alone.

That’s why a rational American should consider buying some Canadian real estate, or at least spending more recreational time in Canada, because do the math: The current loonie will cost you a maximum of 82 cents this summer, but is projected to tumble down to 75 cents or less in a year or so.

The Shaw Festival and the Niagara wineries are already smiling about all the Yank dollars. But the low Canadian dollar touches the Niagara Falls outlet malls, and the entertainment and hospitality sectors here, thus: There have been and will continue to be fewer loonies spent here because each loonie that crosses the inhospitable customs barriers at the Peace Bridge is costing our neighbors $1.20 to $1.40 Canadian. Sales tax revenues in Erie and Niagara Counties won’t include as much Canadian money as before.

Maybe we won’t notice. Maybe all the new hospitality/retail jobs gained since the end of the Great Recession will stick around, thanks to our 54 percent having a few more disposable discretionary dollars to spend—thanks, in turn, to oil prices not galloping back up.

But we’re connected to the Canadians. Lower gas prices here mean a smaller loonie nearby, and fewer that will cross the Niagara.

Magical thinking persists up north. Canadians who expect rising oil prices to bring the loonie back to equal status with the US dollar aren’t any more rational than Yanks in Paladino country who expect expansionary fiscal policy from Trump’s anti-tax supply side redux. It’s weird, beyond weird, that elite Canadian opinion believes, still, that oil prices will go back up above the cost of extracting that gunk from under Alberta’s now-burned forests, the gunk that costs $60 a barrel to extract in a global marketplace that pays less than $50 a barrel for the low-sulphur crude from Saudi Arabia.

But this is the year when details don’t matter. It’s all about the gut—whether the 54 percent will embrace the positive non-specific promises of the entertainer who dismisses Senator Elizabeth “Pocahontas” Warren and slams Crooked Hillary when he’s not shrugging off old complaints of groping beauty pageant contestants and other such misogyny.

Hillary Clinton lost Upstate New York. Hillary Clinton may lose Upstate, and places like Upstate—suburban and rural Pennsylvania, Ohio, Illinois, Florida, Wisconsin, Michigan—precisely because of the experience of the Buffalo area’s 54 percent. Secular stagnation is here, and the 54 percent feels it and will be tempted to write its hopes on the blank canvas that promises the impossible. With secular stagnation underway, strange magic beckons.