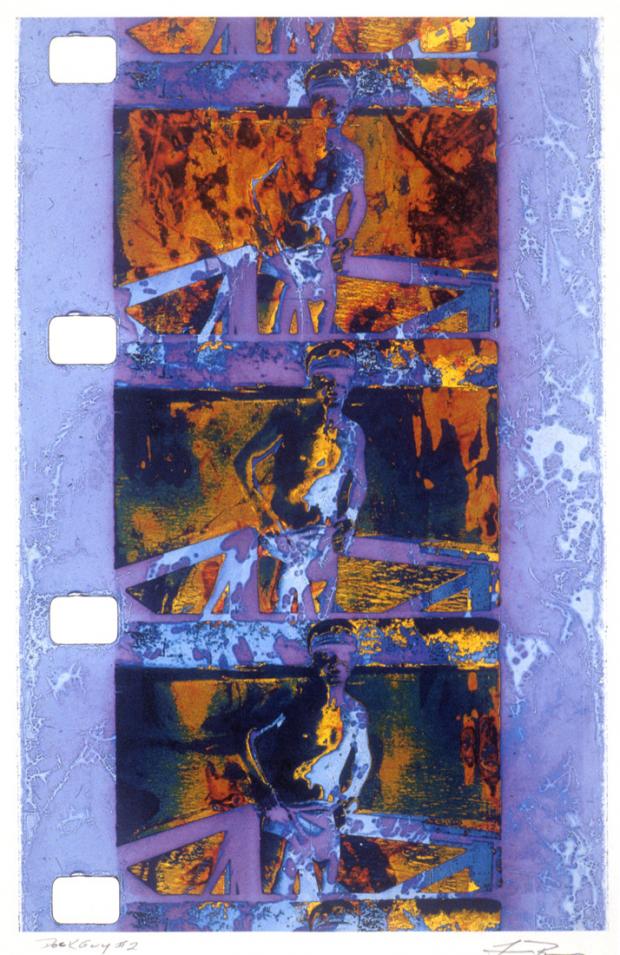 The Echo annual art show extravaganza has come and gone, but other works of some of the Echo artists from the Gerald Mead collection are on view through the end of the month at Ashker’s eatery on Elmwood near Bidwell. The Ashker’s show is called Echoing Echo.

Including old works—relatively—and new. Undated watercolors from a few years or decades back from Robert Blair and Jeanette Blair. His an untitled landscape in a lightning storm, hers a rather more placid nature scene in sure-handed sketchy graphite and watercolors, entitled Autumn Gold. Among the newer work, Anne Muntges’s ink on paper preliminary study for her installation last year at Big Orbit, which consisted of an entire domestic interior—kitchen, sitting room, bedroom, furniture, utensils—in literally mesmerizing—not necessarily in a good way—some of the point of the piece about the nature of domesticity—unrelieved black-and-white hatchings pattern decorative scheme.

A highlight work of the show is Agnes G. Robertson’s wonderful dream vision mash-up of literary and pictorial sources Don Quixote Crossing the Delaware, showing the knight errant in a boat, in a Washingtonian tricorn hat and with rapier drawn, and mounted on his steed Rocinante, who looks back amused at his demented owner’s antics.

Among other fine works on display, Gerald Whalen’s poignant He Ain’t Here watercolor of a young women in dressy outfit—you can just make out—having just entered a dark and crowded and noisy bar—it looks like there’s some sports event on television that has the attention of the bar patrons—apparently inquiring for a guy who was supposed to show up but apparently didn’t. And Timothy Frerichs’s mixed-media paint and drawn meander lines and collage items—matted straw prominently—called Field Edge #6. An abstract somewhere between a map—but a map is an abstract to begin with—and actual terrain it represents.

Lawrence Brose’s print on paper of several consecutive frames, much enlarged, from his art film De Profundis. Fragmented images and deep color tonalities, a little resembling—in terms of style and in terms of beauty—medieval stained glass church windows. Kathleen Sherin, a collage monotype print of swirl forms of dense blue yarn or textile against a black background. And Millie Chen, an ink on paper drawing of her signature subject tresses.

While in a different room—not part of the Echoing Echo show—a half dozen or so Max Collins enlarged photo works wheat-pasted on casually carpentered wood backings. Only one with a decipherable image, a view from inside—looking out of—an enormous tunnel, like a railroad tunnel. You have to go into the bathroom—where another wheat-pasted work is wall-papered—to realize that the locale of the photos—where locale is identifiable—is Delaware Park and environs. The tunnel is the Scajaquada Creek tunnel, where the confined and forgotten creek—which was the whole idea—outflows in Forest Lawn Cemetery, a stone’s throw from the cemetery Main and Delavan entrance. Intrepid photographer to venture into that filthy and formidable conduit.

The Max Collins display also continues through the end of May.