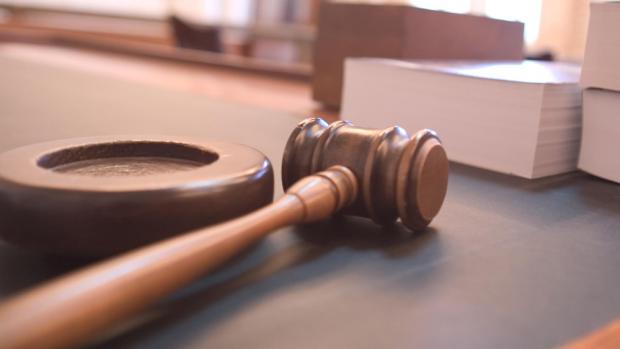 Ninety-five years ago, New York ceased using a primary election process for selecting candidates for Supreme Court justices, and replaced it with party conventions in each of the state’s 13 judicial districts. The political parties select the candidates for Supreme Court justice (who are elected to 14-year terms) at conventions composed of delegates elected by party members.

This unconventional method for selecting the state’s most powerful trial judges—the men and women making decisions that directly impact the lives of New York’s citizens, corporations, and government agencies—is universally scorned. A recent editorial in the Buffalo News, under the headline “Corrupt system of selecting judges creates the potential for criminal activity,” called it a “wretched corruption-inducing system.” According to Western New York’s largest newspaper, “[I]n New York, judicial candidates practically have to prostrate themselves before party leaders and influential players in order to win a place on the bench.”

In 2003, New York City Mayor Michael R. Bloomberg was a bit more diplomatic but equally biting. Suggesting that a lack of rigorous merit-based selection standards endangered the public’s trust and respect for the courts, then-Mayor Bloomberg correctly noted that the existing convention system allowed party leaders to virtually handpick the winning judicial candidates. In his words, “There is nothing wrong with being politically active, but knowing where the local clubhouse is should not be a prerequisite for becoming a judge.” (See Bloomberg’s comments at pages “3” and “4” of a New York City Bar report.)

Perhaps the best known expression of disdain for New York’s judicial selection process came in 2008 from the pen of the Honorable Stephen Breyer, Associate Justice of the United States Supreme Court. While concurring with Justice Scalia’s opinion of the court in NYS Bd. of Elections v. Lopez Torres—which held that New York’s system for choosing party nominees for State Supreme Court does not violate the First Amendment—Justice Stevens, joined by Justice Souter, made the following observation:

While I join Justice SCALIA’s cogent resolution of the constitutional issues raised by this case, I think it appropriate to emphasize the distinction between constitutionality and wise policy. Our holding with respect to the former should not be misread as endorsement of the electoral system under review, or disagreement with the findings of the District Court that describe glaring deficiencies in that system and even lend support to the broader proposition that the very practice of electing judges is unwise. But as I recall my esteemed former colleague, Thurgood Marshall, remarking on numerous occasions: “The Constitution does not prohibit legislatures from enacting stupid laws.”

Having spent 40 years appearing before dozens of New York State Supreme Court justices—on behalf of clients ranging from state prisoners, average citizens concerned about land use and environmental matters, and, on occasion, municipalities—I can state unequivocally that New York’s flawed method for selecting judges has not prevented some remarkably intelligent and ethical men and women from ascending to the bench. On the other hand, my clients and I have been subjected to some questionable conduct and decision-making over the years at the hands of Supreme Court Justices who are the product of this “wretched, corruption-inducing system.” (See, for example, two past posts at a my blog, With All Due Respect, here and here.)

But New York’s judicial selection process is not the only problem for any New Yorker who, in the words of the Buffalo News, “cares about an upright judiciary and honest government.” From my perspective, the self-regulation and self-policing of the judiciary has contributed to an environment where less-than-ethical judges can get away with behavior that erodes the public’s trust and confidence in the courts:

There are only a handful of circumstances where New York judges are expressly prohibited from handling a court case. A judge may not be involved in litigation where he or she is a party to the action, or has been attorney or counsel to one of the parties, or has a financial interest in the lawsuit, or is related by blood or marriage within the sixth degree to any party to the controversy. (See NYS Judiciary Law Section 14—Disqualification of a judge.)

In all but the rarest cases, it is the judge who is asked by a party to recuse himself or herself from a case due to the appearance of impartiality who gets to ultimately decide whether disqualification is called for. This is reality despite the fact that New York’s rules governing judicial conduct state that “A judge shall disqualify himself or herself in a proceeding in which the judge’s impartiality might reasonably be questioned,” and the Court of Appeals has consistently urged judges “to avoid even the appearance of partiality,” and “to err on the side of recusal in close cases.”

Ironically, as a result of this legal principle, a judge who possesses a high standard of ethics and is sensitive to even the appearance of impartiality will recuse himself or herself even if he or she is not actually biased or prejudiced for or against a party. And a jurist who actually is biased or who has closed his or her mind in considering the issues that are raised by a case, generally can get away with denying such bias or prejudice, and refuse to disqualify himself or herself.

Note: “Impartiality” is defined in the rules governing judicial conduct as the “absence of bias or prejudice in favor of, or against, particular parties or classes of parties, as well as maintaining an open mind in considering issues that may come before the judge.”

The American Bar Association has authored a model code setting forth rules of professional conduct for attorneys.

In the chapter entitled, “Maintaining The Integrity of the Profession,” the model code requires a lawyer to report to the appropriate authority another lawyer’s violations of the Rules of Professional Conduct, AND a judge’s violation of applicable rules of judicial conduct. More precisely:

(a) A lawyer who knows that another lawyer has committed a violation of the Rules of Professional Conduct that raises a substantial question as to that lawyer’s honesty, trustworthiness or fitness as a lawyer in other respects, shall inform the appropriate professional authority.

(b) A lawyer who knows that a judge has committed a violation of applicable rules of judicial conduct that raises a substantial question as to the judge’s fitness for office shall inform the appropriate authority.

(c) This Rule does not require disclosure of information otherwise protected by Rule 1.6 or information gained by a lawyer or judge while participating in an approved lawyers assistance program.

Most states have adopted the ABA model rules, requiring lawyers to report ethical violations of another lawyer and of judges. Incredibly, New York State has refused to follow the model code on this crucial issue. Rather, New York’s Rules of Professional Conduct has replaced ABA Rule 8.3(b) with the following tepid language, merely requiring a lawyer to cooperate when the appropriate authority demands information:

(b) A lawyer who possesses knowledge or evidence concerning another lawyer or a judge shall not fail to respond to a lawful demand for information from a tribunal or other authority empowered to investigate or act upon such conduct.

This approach weakens, rather than reinforces, the integrity of the legal profession and the judiciary.

According to its 2016 annual report, the New York State Commission on Judicial Conduct [SCJC] is the “independent agency” designated by the New York State Constitution to review complaints against judges and justices of the State Unified Court System, and, “where appropriate,” render public disciplinary determinations of admonition, censure or removal from office. As expressed by the SCJC, its objective is to “enforce high standards of conduct for judges, who must be free to act independently, on the merits and in good faith, but who also must be held accountable should they commit misconduct.” Four of the Commission members are judges, five are lawyers, and one is a layperson.

As noted above, New York lawyers are not required to report judicial misconduct to the SCJC, no matter how blatant or substantial the unethical behavior may appear. Given that fact, it is an extremely difficult decision for an attorney who has witnessed what she or he believes is misconduct by a judge, or whose clients bemoan behavior that appears to them to be biased or partial, to file a complaint with the SCJC. The reluctance of the professionals most likely to experience or observe firsthand judicial misconduct to file a complaint with the sole authority established to review and act on such complaints is reinforced by the following realities:

Second, lawyers rarely file complaints with the SCJC. For example, in 2015, only 79 of the 1,959 new complaints were filed by lawyers. The 79 complaints constituted only four percent of the total received by the SCJC.

Third, due to confidentiality rules, a person whose complaint with the SCJC is dismissed will not be told whether the complaint was tossed out “on first review or preliminary inquiry,” or after a formal investigation. And the complainant will not know if the object of the complaint—the Judge accused of misconduct—was informed of the complaint.

This last point places a lawyer who is considering whether or not to file a complaint, while he or she is in the midst of a court proceeding before the offending Judge, in an extremely awkward and potentially adverse position. The lawyer will not know whether the Judge is aware of the complaint, and, therefore, might feel vindicated by its dismissal and free to retaliate against the lawyer and his or her clients. The lawyer additionally will not know whether the Commission, notwithstanding the dismissal of the complaint, has issued what is called a “letter of dismissal and caution” with comments, suggestions and recommendations with respect to the complaint.

The lawyer’s lack of information regarding the extent of the investigation and the Commission’s actions leaves the attorney uncertain about her or his ability to effectively represent future clients before the same Judge, and results in a chilling effect on the lawyer’s desire and willingness to file a future complaint with this Commission.

A final point: As a result of a process where information about complaints filed against a specific judge is available to the public only where the SCJC investigation leads to formal disciplinary action against the judge, a judge with a pattern of questionable behavior may misleadingly appear to have an unblemished record—despite a history of complaints.

All in all, New York does not seem adequately concerned about ensuring its citizens an ethical judiciary.