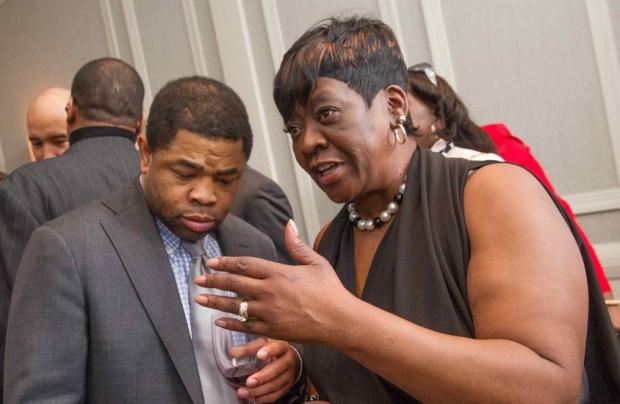 Democratic Assemblywoman Crystal Peoples-Stokes wants to see control of the Buffalo school system handed to Mayor Byron Brown, if only for a short time, to give him a chance to bring stability and direction to the long-troubled district.

But as the legislative session winds down—even with the chaos surrounding the arrest of former Senate Majority Leader Dean Skelos and the election of his successor Sen. John Flanagan beginning to subside—it appears the Buffalo Democrat will have trouble finding the support she needs to move her mayoral intervention bill before the clock runs out.

Flanagan has emphasized mayoral control as a priority for the end of the session in comments to the press. The problem for Peoples-Stokes is that it’s in the wrong city. The new majority leader has said renewing legislation that gives the mayor of New York City control of that school district is something his conference will be working toward to prevent it from sunsetting, but he has made no indication that the assemblywoman’s bill, which is still in draft form, is on his radar.

Peoples-Stokes said she feels confident she will be able to convince Senate Republicans from the Western New York Delegation to act with urgency on the matter. The assemblywoman has had conversations with Republican Sens. Michael Ranzenhofer and Patrick Gallivan, both of Western New York, and found them receptive to the idea of mayoral intervention.

City & State spoke with both senators in recent weeks, and while they both agreed that something needs to be done to address the state of Buffalo schools—graduation rates have hovered around 50 percent for years, and the district and the teachers union have been working on an expired contract for more than a decade—and that mayoral control could be a possible solution, they were noncommittal when it came to getting the assemblywoman’s bill passed before the end of the session.

In particular, Ranzenhofer, who said he feels such a drastic move should be accompanied with a significant community outreach campaign, does not see mayoral intervention as a realistic goal for this session.

“Without having even started the process of having that discussion in the communities I just don’t see good prospects for mayoral control becoming law this year,” he said.

In addition, Peoples-Stokes would have to convince at least one member of her own party to vote for her bill.

Sen. Marc Panepinto, a freshman Democrat from Buffalo, has introduced his own legislation that would allow for what he calls mayoral input. The bill would give the mayor the power to appoint two additional board members, so as not to remove any elected school board members while still giving the mayor a voice in the district.

Like Ranzenhofer, Panepinto feels more community input is needed before moving forward with changes as substantial as the ones in Peoples-Stokes’ proposal.

“Right now I think that’s too radical of a change to make without there being some public hearings on the issue,” he said.

And while Panepinto was not ready to rule out the possibility that Peoples-Stokes could achieve that sort of outreach in coming weeks, he pointed out that her bill is still in draft form and there are only 15 days working days left in the session.

Still, Peoples-Stokes says she must push to get this done this session, as children and parents in the city have waited too long for their schools to improve. And with the current school board structure often resulting in infighting, battles between the board and the teachers unions, and a carousel of superintendents coming and going, it’s time to try a new model, she says.

“Many of the issues that impact the Buffalo district in a negative way are internal to the structure of the district,” Peoples-Stokes said. “And all of those need to be changed.”

Her plan would see the mayor take control of the entire nine-member school board and the superintendent’s position for two years, when the state Legislature would either have to renew the legislation, move toward another plan or revert to the old system.

The bill would also establish a community school advisory council and require the superintendent and staff to present quarterly reports to the Legislature, the governor’s office and the Board of Education.

The Buffalo News reported on a version of the draft legislation Sunday, but Peoples-Stokes chief of staff, Mark Boyd, told City & State in an email that the version detailed in the report was outdated. The final bill, he said, would be released “extremely soon.”

Some observers who support Peoples-Stokes proposal fear that if low graduation rates persist the school system could fall into state receivership, stripping the community of its ability to control the direction of the district.

Peoples-Stokes says her bill would affect the drastic change the state is looking for while maintaining local control of the school system.

She remains hopeful that the legislation, which has found a potential sponsor in the Senate with fellow Buffalo Democrat Sen. Tim Kennedy, will find the support it needs from fellow Western New Yorkers in the Republican Conference.

“I think that things can be worked out,” Peoples-Stokes said. “I think we can get this done.”

Justin Sondel is a staff reporter with City & State and appears courtesy of a content sharing agreement.