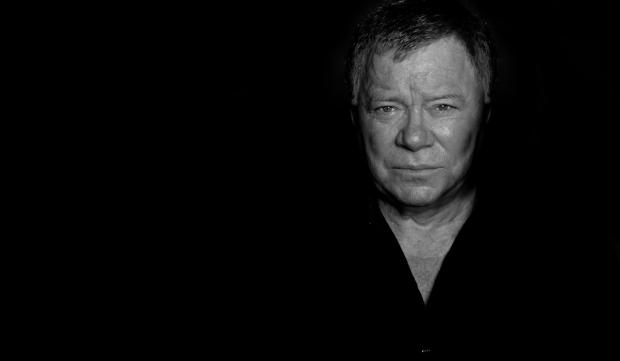 He claims not the know what “icon” means, but William Shatner simply needs to look into the mirror for a visual depiction of the word. Shatner, 86, is best known for his turn as Captain James T. Kirk in the original Star Trek television series and films, but the man’s resume is shockingly prolific beyond the confines of the USS Enterprise.

Shatner is not just an actor; he’s a musician, a poet, an author, a producer, a director, and more. And you have a chance to meet him this weekend, when Shatner appears at the Nickel City Con on May 20 at the Buffalo  Niagara Convention Center.

One thing I admire about you and people like my father is that you’ve always stayed abreast of the latest media and technology over the decades, which gives you a unique perspective compared to younger generations and a distinct advantage over your peers who are intimidated by new technology. Can you elaborate on why you’ve embraced innovation and technology and how it’s impacted your life and career at this point?

Well, if you don’t fear the new button, and press it, you can slowly solve the puzzle of what technology does and how to use it. But you’ve got be willing to do it and strike out sometimes. And, if you put yourself in the position, you will evolve from that all (through) of your life.

You are very active on Twitter, but I see that you haven’t posted anything on Reddit in a few months. Can we assume you are still lurking the boards?

My aunt wanted to know more about your poetry. She said a friend of hers saw you recite poetry after a screening of Alice in Wonderland at SUNY Farmingdale in the 1970s. Do you still enjoy or perform poetry?

Yes, I do a lot of work with words and rhythm and rhyme. I have several albums out there that are musical. I don’t sustain notes, but it is musical. So yes, poetry is something I love very much.

You’ve been so prolific throughout your career, always working on interesting, new projects. To what factors, or events, do you credit the length and breadth of your career?

Well, in the same way we were talking about your father and learning to push new buttons. I was given the opportunities I had. If someone asks if you want to write a book, I think, “Why not?” I get the opportunity because it’s me, so my thought is, “Why turn it down? Why not do it and see what I can add to it?”

At what point in your life or career did you realize that you had attained the status of a television ‘icon”? Was there a particular point where it was apparent that the cultural impacts of Star Trek had taken your career to a new plateau beyond that of just a successful actor?

I had no expectations. I don’t even know what “icon” means. All I know is that I peeked at the audience from behind the curtain to make sure someone is there. The nightmare of the actor is that nobody is watching. If people are coming to see me, it’s a privilege.

Do you have an interesting anecdotes or stories about the Buffalo or Niagara region from your career?

I’ve been to Buffalo many times. I need to go to Buffalo to check out the wings. However, Toronto was my focus when I lived (on the East Coast). I had the perfect storm right outside Buffalo in the St. Catharines area. I was shooting a commercial in the spring and fruit was just coming onto the orchards. We were shooting a commercial where we were cooking steaks, and there were just masses of steaks as far as the eye can see.

The second edition of the Nickel City Con takes place at the Buffalo Niagara Convention Center May 19-21. Tickets and more info are available at NickelCityCon.com.