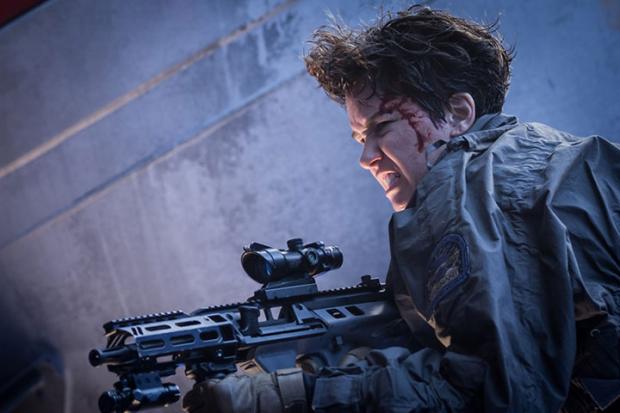 In the late 1970s, USC film school grad Dan O’Bannon hit pay dirt when he sold the screenplay for Alien, based on a story he co-wrote with Ronald Shusett, to 20th Century Fox. The script, heavily influenced by the 1950s sci-fi creature feature It! The Terror From Beyond Space, pitted a small crew of blue-collar space truckers against a shape-changing monster discovered on an alien world. Swiss surrealist H. R. Giger took O’Bannon’s concepts—the Egg, the Face Hugger, the Chest Burster, and the adult Xenomorph—and visualized them as the most frightening creatures in cinema history, slathered with sexual overtones. Ridley Scott, a director of TV commercials fresh off the art-house darling The Duellists, was charged with realizing these concepts on film.

With the assistance of a large art team (including O’Bannon as “visual consultant”) and a first-rate crew, Alien became a summer blockbuster in 1979, combined science fiction and horror in a sophisticated manner that raised the bar for horror films. The film established Scott as a top-shelf director and turned Sigourney Weaver into an international icon, the first true warrior woman of the screen (in the original script, Ripley was a man). O’Bannon, whose life was plagued by poor health, wrote and directed the low-budget fan favorite Return of the Living Dead and reteamed with Shusett to write an early draft of Total Recall before dying in 2009.

I cite this history to show that Alien, essentially a haunted house chiller set in space, was the perfect fusion of creative talent, with no single author. Studio president Alan Ladd Jr., who also championed Star Wars, saw the potential in O’Bannon’s story, and Fox ground out periodic sequels in an uneven franchise: James Cameron and David Fincher helmed sequels before the series devolved into desperate silliness and crossovers with another Fox alien, Predator.

Scott eventually decided to claim possession of the franchise, and the only way to do so and avoid the spotty continuity of those who followed in his footsteps was to take the prequel route. Prometheus, released five years ago, was as visually striking as any of Scott’s best films (Blade Runner, Black Hawk Down). It was also one of the dumbest and most illogical big studio sci-fi films ever produced, failing to deliver the monsters people wanted in favor of presenting Erich von Daniken’s Chariots of the Gods as something new and grand.

Now 79, Scott is back with Alien: Covenant. The title tells us the director and studio are on a course correction, but the latest film, a fairly suspenseful effort in its second half, is still anchored to its immediate antecedent. The common (and correct) online description is “Prometheus with aliens.” The screenplay Scott ordered at the takeout window recycles ideas and scenes from most of the preceding entries, including his own, as if he is competing with all of those other directors as well as his younger self.

Ever the skilled craftsman, he measures up pretty well. The slow setup covers material similar to the recent Passengers, with the crew of a ship transporting more than 1,000 colonists to another planet awakened by a message beckoning them to a different one. Defying the laws of logic, the crew changes course and explores an earth-like planet in the clumsiest manner since…Scott’s last film.

We’ve seen these people and situations before. The film is such a copy of what’s come before that the desired return of the aliens themselves feels like a mandatory side dish. The one interesting aspect is that the two main characters are androids, one of them returning from Prometheus (and both played by Michael Fassbender). Unfortunately, as fascinated as Scott is with questions of creation, he’s equally fixated on predictable B-movie twists and mustache twirlers. Alien never required a back story to begin with, and the one Scott has fashioned with these two films is convoluted and contradictory to O’Bannon’s original vision, which may be why he tackled it at all. Like Prometheus, Alien: Covenant ends with a cliffhanger and promise of another entry, but this origin feels as told as it is old.