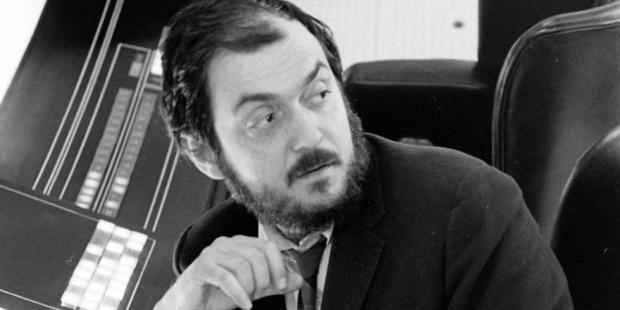 Monday through Thursday at the North Park will be devoted primarily to the work of Stanley Kubrick.
by
M. Faust
/ May. 16, 2018 9am EST

With screenings tied to the Nickel City Con this weekend taking up a substantial chunk of the North Park’s schedule, the theater’s bookers have filled the gaps with something for just about everyone.

The weekend is dominated by films featuring stars in town for the comic con, all of whom will be at the theater for post-screening Q&As. Friday night at 9:30pm is the 1995 cult classic Tank Girl, whose singular star Lori Petty has recently been introduced to a new generation of fans with a role on the cable hit Orange Is the New Black. Kevin Smith mainstay Jason Mewes, the chatty half of the “Jay and Silent Bob” duo, can be seen Saturday in Smith’s Clerks (1994, 2pm and 9:30pm), Mallrats (1995, 4:30pm), and Jay and Silent Bob Strike Back (2001, 7pm). And Richard Dreyfuss, who has now been around for long enough to qualify as Hollywood royalty, appears on Sunday in the Steven Spielberg films that made him a star, Close Encounters of the Third Kind (1977, 1:30pm) and Jaws (1975, 7pm). Q&As will be after the evening shows only.

Monday through Thursday will be devoted primarily to the work of Stanley Kubrick. The centerpiece is the new documentary Filmworker, which explores the reclusive director’s career with the help of his longtime assistant Leon Vitali. It will be shown Monday at 2pm, 4:30pm and 7pm, Tuesday at 4:30pm and 7pm, and Wednesday and Thursday at 2pm and 4:30pm. And because documentaries about filmmakers exist to make you want to see their films, stick around for Kubrick’s Lolita (1962, 6:45pm) and one of those films that you absolutely have not seen until you’ve seen it on the big screen, Barry Lyndon (1975, Tue 12:45pm and Wed 9:50pm).

Sunday morning brings a benefit screening for Buffalo actress Diane Gaidry who has been diagnosed with aggressive metastatic breast cancer. At 11:30am the theater will show her best-known film, Loving Annabelle, in which Gaidry stars as a boarding school teacher whose new student falls in love with her. Both the theater and the film’s distributor will be donating all proceeds to the crowdfunding campaign. Advance tickets are available on the North Park’s website.

Rounding out the week are two screenings of the 1976 Led Zeppelin concert film The Song Remains the Same (Mon and Tue 9:30pm), a day of the Animal House follow-up Caddyshack (Fri 2pm, 4:30pm, and 7pm), and a Saturday matinee of The Lego Batman Movie at 11:30am.