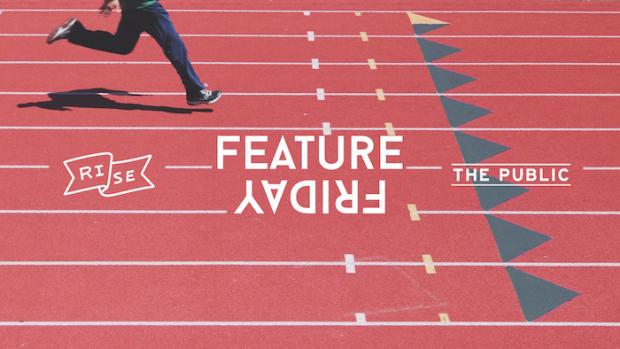 “I went to law school in Buffalo and honestly never gave the city a fair shot. After graduation, I moved to Atlanta, Georgia. Over the course of that year down south, Buffalo stayed on my mind. As they say, “distance makes the heart grow fonder.” I eventually moved back, and have been in love with this city ever since. My Instagram feed is dedicated to showing the world the Buffalo that I see; its unique beauty and character. I’ve lived in Moscow, Russia, and New York City, and traveled around the world. This city is so different and special. There is so much energy here. I took that photo after getting some work done at Spot. I decided to go get some sun and get lost in Elmwood Village. When I took that photo I wanted to capture the energy of Elmwood, but also capture the energy of Buffalo in spring. I wanted it to be a middle-finger in the faces of all those who think Buffalo is just grey skies and snow. Buffalo is beautiful; its people and its urban landscape.”

Spring is in full swing. Awnings are up, people are out, and those buds and blossoms on the trees are exploding! #elmwood #buffalo #buffalony

“Regarding the name of my business, my first apartment was in Days Park. I find myself there all the time, and I found out that the current street of Days Park was actually two separate streets, Norris and Clifton Place, named after Thomas Days’ two sons. That photo in question was part of an unplanned spontaneous aerial photo shoot last Thursday. My main objective of the shoot was to get some sunset shots of the FLW Boathouse and Peace Bridge. That is until I heard the cotter horn and saw the water spray. I’m a Buffalo native, I live there now, own and operate both Norris Clifton Creative and Norris Clifton Aerial Photography. I spend quite a bit of time traveling and shooting photos and video.”

“Took this shot while on a lunch stroll, enamored by the beauty that is City Hall. The alignment of the top of the McKinley Monument with the City Hall roof was not intentional, but a nice find while editing.”

“At this point in my life I am a photographer in my spare time. When I am not at my regular full time job I’m thinking about shooting and which neighborhood to wander next. There is a never-ending number of houses and buildings sitting there, waiting for me to capture their architectural significance and beauty. But on this day in particular there was also culture to capture, music being played on the porches of homes around the Elmwood Village. I haven’t had the time to take a long walk in about a month. The last time my phone died because it was too cold, but Saturday it was over 80 degrees. It was a perfect day for porch fest, which I actually forgot was happening until I was getting closer to Elmwood on Bidwell Parkway. The park was filled with people, a sight I have not seen in many months. As I took off my headphones, the first song I heard echoing throughout the park was “Paperback Writer” by the Beatles, which happens to be one of my favorites. Of course I had to capture the scene as I walked up to the park. It felt like the middle of July and it made me very excited for what’s to come this summer in Buffalo.”

a band playing “paperback writer”, during #porchfest in bidwell park this afternoon.