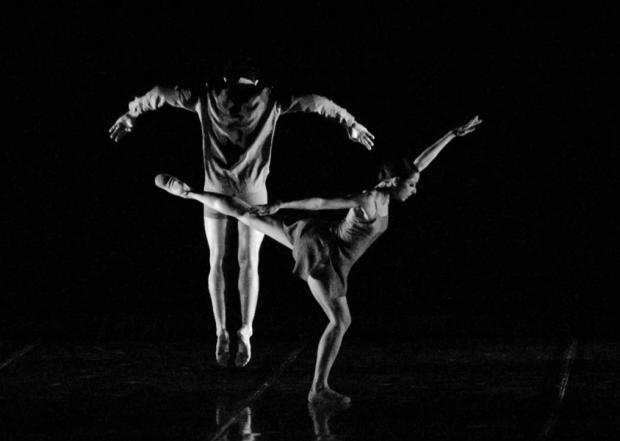 Buffalo’s Neglia Ballet Artists are presenting the second annual “Dancing To Live” showcase, an event celebrating life, living and love of dance for a good cause on Thursday, May 21 from 6 to 10pm at the Flickinger Theatre at Nichols School. Proceeds from the event will benefit Neglia’s CityDance Program, as well as TargetCenter Foundation’s pioneering cholangiocarcinoma and esophageal cancer research.

Nichols alumni Heidi Halt, Paul Poth, and his sister Clare Poth all contributed to this partnership between Neglia Ballet and TargetCenter Foundation. During their time at the school they become close and after graduating showed each other continued support, especially when Paul was diagnosed with a rare cancer, cholangiocarcinoma, at the age of 38. For the next two years he put up a worthy fight against the disease, even finding the time to launch the not-for-profit TargetCenter. Shortly after, he passed away in 2009.

Eventually the suggestion of Neglia Ballet and TargetCenter Foundation hosting a joint fundraiser was brought up and Halt and Clare Poth were immediately on board.

“Not only was Paul like a little brother to me, he loved dance,” said Halt, executive director and co-founder of Neglia Ballet. “When my husband and I started Neglia Ballet Paul was very proud of what we were doing. He was very interested in supporting our CityDance program. Paul understood the benefit of exposing young children to dance and wanted to make a difference for those with an interest but not the means to do so.”

This year the evening of mixed repertoire includes an encore performance of last year’s contemporary partnering piece “From Earth” and a new solo piece, both created by former principal dancer with the Boston Ballet and renowned choreographer Viktor Plotnikov. A contemporary piece titled “Moonlight” choreographed by Ilya Kozadevev, danced by Mindaugas Bauzys, Vilia Putrius and Yumelia Garcia, will also be featured.

Sergio Neglia, founder and artistic director of Neglia Ballet, first crossed paths with Plotnikov, a native of Ukraine, about three years ago when the latter’s choreography was used for a gala Neglia was involved in. Since then Plotnikov has been coming to Buffalo to choreograph contemporary ballet pieces for the dance company.

Plotnikov, who has choreographed independently since 2005, premiered his pas de deux “From Earth,” at last year’s showcase. This piece, set to Mozart’s Piano Concerto No. 23 in A Major, was created specifically for Neglia and Silvina Vaccarelli. They will also perform the second act pas de deux from “Swan Lake.”

“It’s not so much that I was trying to describe that something grows from the earth physically, but more of the energy which feeds us,” Plotnikov said of “From Earth.” “It’s just sort of peaceful, light and beautiful. You see elements of child playing, being like really silly, and you see also a long story.”

“It’s something she’s not used to,” Plotnikov said. “It has to bring a different character for her. Some of it is really fast and has a lot of cuts, turns, different angles and breakdancing involved. It’s really different.”

Tomita, who grew up in Kanazawa, Japan, started dancing ballet and modern at age three. At age 12 she came to Buffalo in 2011 to take a summer course with Neglia Ballet and after the experience decided to transfer from her school in Japan to Buffalo Seminary and study with the dance company full-time.

“The teaching was really different here compared to teaching in Japan,” Tomita said. “I really like how they teach us.”

In her fourth years dancing with Neglia, Tomita has taken part in several ballet performances, such as “Nutcracker,” “Giselle,” “Romeo and Juliet,” “Baba Yaga” and the company’s end of the year shows. While Tomita appears to make her dance moves look effortless on stage, she says off stage balancing ballet and school can be tough at times.

“It’s pretty hard doing homework and ballet at the same time for me, especially because I’m from Japan,” Tomita said. “I didn’t understand anything when I came here, like English.”

In the early stages of teaching Tomita the choreography for the solo, Plotnikov noticed her talent and how well she adapted to the movement, despite it not being her preferred style. Once he had a chance to work with her he was certain she would execute the dance with fine-tuned precision.

“She has no idea of her potential,” Plotnikov said. “She has beautiful coordination and she can learn and grab the role very fast. When she finds out that she doesn’t have to work so hard at it, things are going to be really given to her. I have a really good student to work with.”

Tomita is the second Neglia pre-professional dancer to have the opportunity to work with Plotnikov, as he also worked with Isabella Tronolone on a modern piece last year.

A silent auction and cocktail reception will take place prior to the performance, which will be followed by a dancer meet-and-greet.