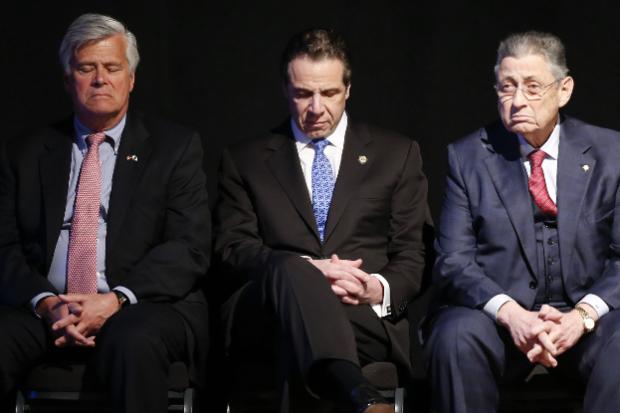 I’m expounding a bit here on conversations I had Wednesday with people in the know. Recent events in Albany, namely the indictments of former all-powerful Assembly Speaker Sheldon Silver and the indictment of former also-powerful Senate Majority Leader Dean Skelos, have given hope to some that U.S. Attorney Preet Bharara is power-washing Albany’s filth and corruption, and that things might actually change.

Others lament just how little clout western New York has in Albany, and that with the exception of fawning attention from a governor who wants to add “turned Buffalo around” to his resume, we get scant attention from our state government, save the odd ribbon-cutting.

As for the former, consider that new speaker Carl Heastie and new senate leader John Flanagan are widely rumored simply to be puppets of their respective predecessors. Consider why it was that, at a secret meeting, Senate Republicans chose a fellow Long Islander to replace Skelos, over a Central New Yorker. Even Cathy Young of Olean backed Flanagan in exchange for a vague guarantee about changing the totemic NY SAFE Act. The Bronx’s Heastie, too, shares a general geographical similarity to his predecessor, Manhattan’s Lower East Side’s Silver. Nothing has changed but the faces and names — it’s all just transparent artifice and fakery.

Indeed, Flanagan has already told people not to expect any more of what Albany desperately needs — ethics reforms. Whatever mild reforms Albany made in recent months are too little, too late as it is, and an effort to close the notorious LLC loophole, which allows individuals to bypass campaign giving maximums, has died in committee.

More to the point, the quashing of Senator Dan Squadron’s bill to close the LLC loophole is courtesy of WNY’s own Senator Mike Ranzenhofer, who killed it in his corporations committee.

As for WNY’s lost clout, consider that any outsider coming here to campaign or raise money must tiptoe through a field of dog crap in order to do so. There is quite literally no way to come into WNY outside the area and not offend one of our many “mean girls” factions. Like middle school, you have to have pre-selected a clique, and be especially aware of whom you meet with first, because presumably all of this minutae matters to someone. When the hopeful pol boards his JetBlue flight the hell out of here, his shoes are encrusted with dog excrement.

There is nothing new under the sun, and there is no reform or significant change coming. Albany will stay corrupt and corruptable until there is some underlying incentive to undertake serious and widespread reforms — structural reforms like abolishing electoral fusion and eliminating the LLC loophole. Western New York will continue to argue amongst itself and fight over scraps, because anything else would seem too effective for our collective taste.