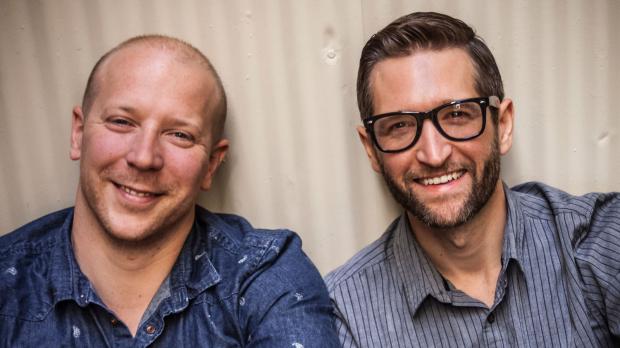 Let’s review what we know of the nascent body of Iraq and Afghanistan war literature written thus far.

For the first decade of the Post-9/11 Wars, only two genres persisted: nonfiction hero stories, and analyses of American foreign policy failures written by wonks, politicians, and generals. Any reader searching for a more personal view would have grown frustrated, as there were very few memoirs, only a single recognizable poet (Brian Turner), and no great fiction.

Then, five big novels appeared in the summer of 2012, an opening of the literary flood gates, and ever since we have been treated to a steady supply of fiction and contemplative memoir. Surprisingly quickly, however, many of these books have already started to sound the same. If any characteristic broadly defines them—from Kevin Powers’s best-selling The Yellow Birds to Elliot Ackerman’s brand new Green on Blue—it is their solipsism; short story collection or novel, written from the American perspective or foreign, the post-Hemingway story arc remains essentially the same: I went to war and I feel bad about it. (In my own memoir, guilty as charged.)

All of which makes the newest addition to the emerging canon such a breath of fresh air. War of the Encyclopaedists is the extraordinary product of a collaboration between two writers, Gavin Kovite and Christopher Robinson, and almost by definition, a book cannot be stuck in its own head when a pair of authors produced it.

The encyclopaedists in question are Mickey Montauk and Halifax Corderoy (these names!), Seattle hipsters who throw ironic art-themed parties in their Victorian co-op flophouse. By the third chapter, there is already more pot, coke, earnest drunk party dialogue, and sex (way more sex) than in all previous Iraq and Afghanistan novels combined. And if this sounds more entertaining than your standard important-yet-dreary war novel, I suspect Kovite and Robinson had the same idea. The good times cannot last, however, because Mickey’s National Guard unit has been activated and he is going to Iraq. Halifax is bound for graduate school in Boston. To keep in touch, the two friends start a Wikipedia page titled “The Encyclopaedists,” and update it with non-sequitur impressions apropos of their divergent lives. If the original manifestation of Buffalo’s Sugar City mobilized for war, it might produce this book.

Mickey and Halifax are thinly fictionalized doppelgangers for authors Kovite and Robinson, respectfully, and their voices wax and wane in fascinating ways. Kovite as Mickey is curt, logical, reflective but still a stubborn Army officer when required. Robinson as Halifax is languorous and smart-assed, lazy and self-defeating, completely charming. When alone on the page, each man is distinct in tone and voice, but when they share the stage, the writing seamlessly combines into a unique style of its own. The texture is enriched even further when we meet Mani and Tricia, the occasional roommates and lovers of Halifax and Mickey, who bear the fingerprints of both authors. How remarkable, as writing is the art form most frequented by the obsessive and controlling recluse; by the end of the book, I stopped asking “Who wrote what?” and instead appreciated “Wow, how did they do that?”

In Baghdad, Mickey’s platoon runs a checkpoint in the Green Zone, and his military life is dominated by threats of car bombs and fishing dead bodies out of the river. Back in Boston, Halifax struggles in his English program, eventually resorting to selling his plasma and sperm for cash. The two speak rarely, see each other only at Christmas, communicate through veiled references on their Wikipedia page. For example, “The Encyclopaedists pop in and out of being like particles on the edge of a black hole. That black hole is war.” Two authors, writing about loneliness and individuality. “Repeat after me, we are all individuals,” they write.

Like any character-driven story, some of the plot points can prove a little too convenient, but at least Mickey’s and Halifax’s self-tied knots are true to themselves. Of the two, I found myself entranced by Halifax. Maybe that’s natural, if reading is, at its heart, meant to be a voyeuristic escape; I know how the war worked, and it is the permissive graduate school life I missed. He may never use the word phony, but there is more than a little of Holden Caulfield in Halifax Corderoy: aimlessness, the irritated dismissal of popular conventions, delayed adulthood. Mickey looks positively responsible in comparison, though he is not without humor. When Tricia goes to Baghdad as a journalist, she is confused:

“I’m trying to figure out how to maneuver in a war zone. What you can do, what you can’t. So I’m just left doing things and figuring out the consequences later.”

“Now you know how the Army feels,” Montauk said. “Ba-dum-tshh.”

The novel is nominally set in pre-Facebook 2004, but in its adherence to skinny-jean hipster culture, it feels more like a contemporary story reworked to the start of the Iraq war, when there was more hope and less exhaustion. It is certainly a Millennial book, and youthful, Macklemore energy bounces from page to page. These are sweet and sentimental hipsters, not nearly as ironic and detached as their current Brooklyn brethren. In one scene, Mickey grows frustrated in the search for the man who murdered his interpreter, but his exasperation could sum up his generation’s take on the entire Iraq war endeavor: “Stop breaking my balls, all right? I’m fighting for justice here. That’s not even a joke, I’m being serious.”

By placing Mickey and Halifax in separate locations, enduring distinct experiences, their voices can do something amazing: have a completely unpedantic intra-generational conversation. This Gen-Y cohort has fought the longest war in our nation’s history and yet, unlike the baby-boomers with Vietnam, has so far managed to resist being defined by it at all. In War of the Encyclopaedists, the war is just something that happens. Painting and drinking beer and avoiding overprotective parents happen too. Unlike so much other war literature to date, Iraq is not all-consuming. Combat trauma doesn’t absorb all the light in the room. Halifax and Mani and Tricia do other things besides think about the war, even with Mickey deployed, and they don’t apologize for it.

Finally, an Iraq War novel that puts the war in its place, that stays true to the genuine detached reality of America’s experience.

Brian Castner is the author of The Long Walk, a memoir of the Iraq war, and All the Ways We Kill and Die, to be published next year.