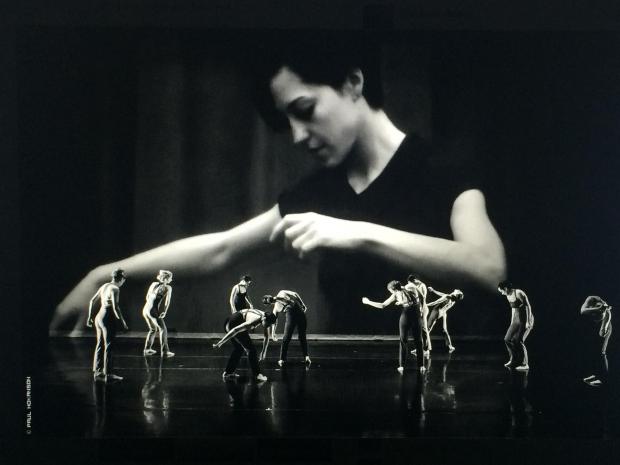 “If you’re going to live with unknowing you have to really follow your gut and instincts.  But, it is not possible to live instinctually if you’re not actually being honest with yourself. I’m talking about the kind of not knowing that is the result of rigorous and constant inquiry—do you know where you’re going, I turned off the GPS—it’s a result of constantly asking yourself the difficult questions, and then asking new questions.”

I’ve forgotten the camera. We are too late, and it is closing. Stanzi Vaubel is telling me about Excursions into Unknowable Worlds, the performance she is conceptualizing and directing, happening on the evening of May 12 and 13 at Hi-Temp Fabrication on Perry and Illinois streets.

I don’t yet know that I’ll join a collective of more than 30 artists working on this immersive journey. Vaubel will invite me to dance, even though I haven’t done so professionally since I was a teenager in Buffalo, but she assures me I can do it.

The plan was to record the interview at Hi-Temp and take photos there in one shot. We don’t know each other too well, and we’re both trying to be polite, but we really don’t know where to go from here. We start driving. As we get onto the 33, we pass my iPhone back and forth, talking into its tiny microphone as the city falls away.

“Something collective and experiential happens when you’re finding the direction in an honest way that doesn’t pretend to have more knowledge than it does. You’ll feel that in both shows—there’s going to be this feeling that people don’t know quite what they’re supposed to be doing, but that’s what is supposed to be happening. If a structure creates a permissiveness to not always know, it makes a safe space for experience.”

Since recently returning to Buffalo after years away, I have thought about growing up in this place—where people wore struggle like diamonds, suffered with grace, worked harder than ever until the day they died, were loyal to those who both did and did not deserve it. Where people defined themselves by living in a past they could not stare in the face. Where young mad brilliant friends tried to find the future and, crumbling under too much trauma and inequity, overdosed instead.

The capacity to endure is what stayed with me. To accept, with humility and gratitude, whatever occurs as part of a fabric of ultimate truth: These are working peoples’ ethics. This is a place that is bonded to its own fate. That can bury itself or birth itself.

In this particular moment, we have a choice. In this moment, when Buffalo is experiencing a “renaissance,” we must ask: Who is benefiting and who is being disenfranchised? What communities do we want to create? These are the kinds of questions we must ask ourselves, in order to define our intentions in this creative process. We can only act with agency when we are aware of who we are as individuals and what our city has meant to us, historically and in the now. We as citizens are rebranding this city, intentionally or unintentionally. When we take ownership of our intentions, we take ownership of our creative actions.

I ask Vaubel what she means when she says “rigorous.”

“Being rigorous is about a very, very tight correspondence between action and intention. What is interesting about dancers and weight-sharing exercises in particular is that intention and action are in direct relationship, so if you’re lying, it immediately shows up. The structure of this system depends upon honesty.

“Other structures hide that; they can hide if you’re playing without feeling, or if you don’t mean what you say. You can be an actor or a liar. It all depends upon the self that you really are, and how you bring that self to the moment you’re in. We as people do ourselves a disservice unless we work to walk that line, to delineate the difference between false enactment of ritual and honest ritual.”

At Hi-Temp, audience members will navigate a maze of scrims where footage of dancers will be projected. The same dancers will also perform live, moving in relationship to an ensemble of musicians and a sound engineer who will mix a multi-channel system. Upon arrival in the space, the audience will be given an audio guide to download on their phones, a poetic meditation on the experience that is unfolding before them as they walk through the room. They will listen to this voiceover on headphones.

Melanie Aceto, movement choreographer for Excursions and a professor of dance at UB, says, “A better word than meditation, for me, is presence. If the people around you or the music aren’t feeding you, you can dance the structure, but you may not be present. You have to desire to be present. If you aren’t automatically engaged, you have to continue to try to find a way in.”

The musicians will perform Terry Riley’s “In C.” Jonathan Golove, a collaborating artist on Excursions, cellist, and UB professor of music, says, “‘In C’ is a piece that asks you to be an individual and also to be part of a collective. The ensemble members of ‘In C’ don’t play in fixed relationships with each other the way they would in a traditional string quartet. Instead, the piano plays a basic pulse throughout the entire piece, and all of the musicians are listening to and basing decisions about their parts around this pulse. When they first start playing, they’re tuning each other out because they’re trying to listen to the piano. But as they get better at doing that, they begin to listen to each other, creating a collective whole out of these individual parts.”

While the performance, a blend of improvisation and meticulously planned elements, “manifests in a way that might seem spontaneous,” Vaubel points out that “It’s only able to be so because there’s been a year—two years worth of commitment to a process and relationship-building. The bonds between the aesthetic elements of the piece, the artists, the lighting, and the space, are strong. The intention is to create a non-hierarchical relationship between the elements, which allows the audience to become fully immersed in the experience by being genuinely included.

“There are people like John McKendry who owns Hi-Temp, Rick Smith who owns Silo City, and Jim Watkins who lives in Silo City, who exist in Buffalo,” Vaubel says. “John opens up his floor to artists and performers at a minimal rate. When I first went to Hi-Temp, I liked about it what I liked about Silo City: There was a chaotic feeling that things were happening, that life had been invited in instead of kept out. Neither space is claiming to be a polished, finished work. In wealthier cities, with theater or warehouse spaces, the instinct is to clean it up, polish it, finish it. But my concern is that it’s in the gaps, in the spaces of randomness and unfinishedness that you create. Creativity happens in the cut, in the leap in the person’s mind. The more things are commercial or big business or not run by financially small people, we lose that feeling.”

Carlie Todoro-Rickus, lighting designer for Excursions, adds: “I spent a lot of time in theaters in the first half of my career, but I also enjoyed going to a space whose architecture had a story to it. I like to call myself a light stenographer because I want my light to create a space. But it’s also what is already in the space itself that will direct the light. I’m no longer interested in trying to create a false space, or taking an audience in a theatre to a different place by using light to manipulate space. Now I want to take an audience to a site and create light that is truthful—allowing them to see the elements and history that are actually there.”

“Place is only place as much as you keep it, and allow the references to bubble back up,” Vaubel says. “If the references aren’t there to be picked up upon, there can be a collective amnesia; a community can forget its history. A place that is hygienic and wiped of pastness; it’s likely that it will evoke nothing for a person. It’s an anti-inspirational environment because it’s entirely referencing this idea of a non-memory oriented present.  This is a present that is not remembering its past, not interested in the way the past creates the future, and not acknowledging that the future, past, and present are really one  In Silo City, the past is living in the present, and that’s so much a part of the graffiti and the things that stay.

“The more you’re conscious of what you have, the more you can safeguard it. Silo City and Hi-Temp, their senses of self have been protected by individuals who get it and so are tapped into the power of place and site. I felt like John is like Jim and Rick: individuals who are beacons of protecting a place. That’s why these places have these feelings, because it’s a choice they have made as people: to believe.”

We pull into the driveway, watching Lafayette High School students walk by, members of the immigrant, refugee, and asylee communities that make my neighborhood one of the most diverse in America. I think of my West-Side born Sicilian, Native American, Puerto-Rican god-daughter, who bears the combination of my brother’s name and my name. She was unplanned, like every great city. This city has marked me. When I feel the past inscribed upon my body, I begin to move through the fire. Now I know that I never stopped dancing.

“The healing is not in burning down the past we have built, but in a sort of collective re-kindling,” Vaubel says. And then she reads me a section from the audio guide:

and all I can tell you is this:

its time to go home.

not to a place or a city or a new destination

but the home you’ve forgotten

or lost, or never had.

the home you will have to carve out from inside yourself

in a way that will be painful,

instead of walking around it

the way you were before

kind of skirting it, but playing with it.

walking through fire is radically different.

it requires fierce bravery, a kind of selfless courage as you consciously and intentionally walk into something you know will permanently change you

make you into something other

to live after such an occurrence.

but this, is the beauty of living

through the fierceness of agency

the assertion of self

as something meaningful and willfully alive.

if you choose to walk through the fire

if you pay attention, here, deep within this wooded hell

something will change I tell you.

Excursions into Unknowable Worlds will be performed at Hi-Temp Fabrications, 79 Perry Street, on May 12 and 13. The doors open at 7pm, the show begins at 7:30pm. Bring your own headphones.