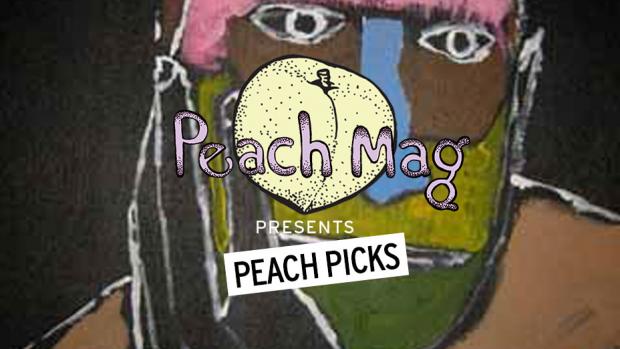 Last Friday, Peach published four short flash stories by Edward Mullany. Mullany has a matter-of-fact writing style that belies a deeper spectrum of feeling and understanding beneath its surface. The stories are almost all composed of a single run-on a sentence each, giving the work a stream of consciousness quality in which the reader is able to chart the same emotional journey as the narrator. The entirety of “Piano Lessons” reads, “At a certain time in my life, when I was already an adult, I decided to take piano lessons, thinking, I suppose, that if I did something new, and disrupted the pattern or habit that my days seemed to have assumed, I might feel a little happier than I’d been feeling, though after a few lessons at the apartment of the old woman whose advertisement I’d seen on a bulletin board at a café in the neighborhood in which she lived, and that I sometimes happened to be in, I realized the lessons were not making me happier, but were making me sadder. And so I stopped taking them.“

Yesterday, Peach featured a short prose piece by Shane Kowalski. Titled “I Open I Wince,” the piece has a sardonic surreality to it that manages to walk keenly between humor and despair. The opening line, “Two people almost die in a car accident, then they become my parents,” perfectly sets the tone. There is a bleak logic to the progression of anxieties here and we’re excited to read more from Kowalski in the future.

Peach Picks is a column of literary news and recommendations written by the editors of Peach Mag​,​ ​an online literary magazine based in Buffalo, New York. For inquiries, contact the editors at ​peachmgzn@gmail.com​.