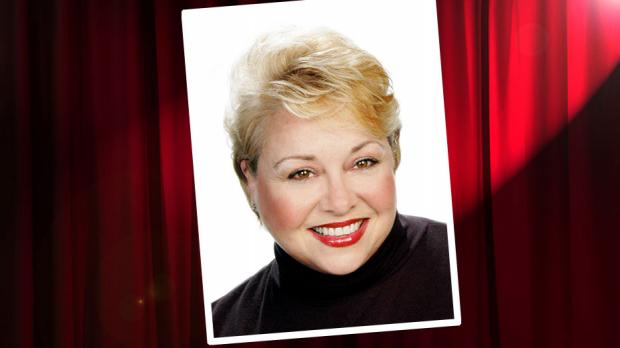 Mary Kate O’Connell is currently appearing in Love Loss and What I Wore, a play by Nora Ephron and Delia Ephron, about women and their relationship to clothes, based on a book by Ilene Beckerman. Five actresses sit in chairs and recount stories of clothes they wore at significant moments in their lives.

Mary Kate is a vivid presence in the Buffalo theater scene. With a magnetic stage presence and a luscious soprano voice, she has long been known as Western New York’s First Lady of Musical Theater. She is also greatly admired for her marvelous sense of comedy. Whether she’s taking a pratfall as Mother Superior in Nunsense, giving a dry reading to an earnest but absurd letter to Ann Landers, or channeling the persona of Florence Foster Jenkins, the worst singer in the world, Mary Kate can tickle the comedy out of any script. She can then turn around and tug at our hearts, smiling as she fights back the sorrow of her characters, and fails exquisitely.

As the guiding force behind O’Connell & Company, a theater troupe wisely named to capitalize on the MKO charisma, Mary Kate, accompanied by Rosy, her ever-present little dog, has gathered an assembly around her at the Park School in Snyder who support the idea of theater and community with almost evangelical zeal. The warmth of her personality draws people in, and her audiences seem to enjoy her humorous and welcoming curtain speeches, almost as much as the O’Connell & Company shows.

In Love Loss and What I Wore, she is joined by Sandra Gilliam, Darleen Pickering Hummert, Melissa Leventhal, and Mary Moebius, under the direction of Roger Paolini. Here, Mary Kate submits to The Public Questionnaire.

What character in your current play is most unlike your own personality?

Lynne’s story. She is brave and bold and confident. I strive to be these things but often fall short. But still strive.

What character in your current play is most like your own personality?

The I Hate My Purse Woman. I am no good at purses. Never have been, never will be. Hoping that Hefty Bag comes up with a fashionable tote soon.

The happiest part of my life was when I realized that I could choose to be happy. And when I’m smart, I remember to do that.

Playing the piano and speaking French (like Ann Mosner). I could sing Edith Piaf songs while playing. Bonheur absolu! I’m sure there would be wine involved. French wine.

Power of mimicry. It allows you to reproduce the superpowers of others via absorbing their powers in many ways. Watch out! When I stand next to you at the Arties I may be lifting your powers. Just sayin’.

Fewer pounds. Few more inches taller. Fewer “laugh lines” maybe. But basically your appearance, attitude, and confidence reflects where you’ve been, how far you’ve come, and where you are. I’ve traveled a long way and some of the roads weren’t paved. Yup!

Procrastination. No wait. I’m not sure. Can I get back to you on that?

I’ll let you know when it happens.

Cuddling with my puppy Rosy. Oh, and Fritos, definitely Fritos.

Myself —knowing all I know. The ultimate do-over.

My close circle of friends.

Annie. (I have the wig and the dog. Any takers?)

Use your Diva Power for good.