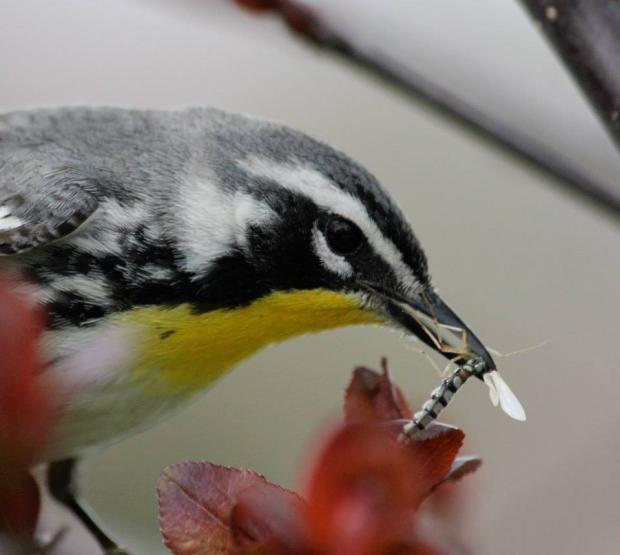 It is probable that almost no one who lives in Buffalo has ever seen a real night sky—a sky observed over tens of thousands of years by all of our ancestors that barely changed until the introduction of electric lights just over a century ago. The explosion of nighttime lights in just the past few decades has transformed night on earth. Today it is just about impossible to find a place that does not have a night sky filled with artificial light pollution from buildings, street lighting, headlights, and whatever flickers, reflects, refracts, or shines toward the cosmos. This pollution has obscured and fundamentally changed how humans observe, understand, and experience night. Just exactly how this has changed or affected our psychology is a growing concern. Science tells us at least that our circadian rhythms are affected, and this may change literally everything else about us.

Impacts on wildlife are severe. We know that the impact of artificial light on night traveling migrating bird populations has extraordinary consequences that include confusion, exhaustion, and collisions with structures emitting and reflecting light. Millions of birds are killed each year in the Great Lakes alone when they collide with buildings due to the effects of artificial light at night.

When Governor Cuomo announced last week the decision to participate in the New York State “Lights Out” initiative in order to protect night-flying migrating birds, it was greeted by bird conservation activists across the state with enthusiasm.

The announcement says that state buildings will turn off non-essential outdoor lighting from 11pm to dawn during times of peak bird migration identified as from April 15 through May 30, and August 16 through November 15. This is designed to enhance bird conservation and to promote energy conservation.

This announcement is a welcome gesture and a symbol of emerging leadership that is recognizing issues of habitat, wildlife, and climate change and how they are all related to a better future for wildlife, climate, and human well being.

According to a press release issued by the Governor’s office, “New York State is joining the Audubon Society in the charge to reduce sources of light pollution that disrupt and disorient birds during migration.” Audubon Lights Out initiatives in places like New York City have found willing partners including private buildings including Rockefeller Center, the Chrysler Building and the Time Warner Center.

“Many species of shore birds and songbirds rely on constellations to help them navigate to and from their summer breeding grounds throughout the state,” the release continues. ”Excessive outdoor lighting, especially in adverse weather conditions, can cause these migrating birds to become disoriented, a phenomenon known as fatal light attraction. According to the US Department of Agriculture this phenomenon has led to the death of an estimated 500 million to a billion birds annually in the United States through collisions with windows, walls, floodlights or the ground.”

The press release also says, “Lights Out New York will strengthen the state’s ongoing efforts to reduce light pollution. New York has already enacted new Public Building Law regulations, to take effect in December, that will limit the installation of new outdoor lighting on state managed lands and put restrictions on the brightness, glare and direction of outdoor lighting fixtures. New York’s Lights Out Initiative will precede the implementation of these regulations and help take immediate action to improve the state’s energy efficiency and nighttime environment not only for wildlife but also for those looking to enjoy the beauty the nighttime sky.”

Buffalo, our shorelines, and the entire shoreline of the Niagara River Strait host some of the most significant bird migrations to be found anywhere. During this spring season migrating birds including warblers, shorebirds and many others depend on this area to travel though and to seek food and shelter. The natural history of our Great Lakes/Niagara River region as a nexus for global bird populations and migration.

Some of these birds have traveled from the Amazon rain forests. Some will stay here and breed; others continue the journey to nesting areas toward the Arctic and west coast. In 1996 the Niagara River corridor was designated as a “globally significant Important Bird Area,” in part because of migration, and in part because of the nurturing habitat and abundance of resources for wildlife that have been found here. Of course all is in jeopardy because of development decisions that negatively effect wildlife. The lights-out initiative is a profoundly positive step toward recognizing that we must and we can become better stewards of the wildlife. This helps to make the planet a biodiversity protector and generator of human quality of life and health.

Since much of this bird activity takes place after dark, most people are not aware of the stunning abundance of migrating birds that travel through here. It has been only in the last few years, and especially this year, that we have begun to use technology to observe these nighttime migrations in our area. This video of local radar observations taken between sunset and 11pm on April 29, 30, and May 1, show the incredible bird flight and migration activity that occurs here. This shows birds taking off at sunset and traveling outwards and across the river and lakes Erie and Ontario:

Jajean Rose Burney, Development Director of the Western New York Land Conservancy, and avian conservation educator says, “The radar images are astounding and show the masses of birds that are migrating at this earliest stage of the migration. Much more will follow in the next couple of weeks. People don’t realize how many birds migrate at night during these seasons; we don’t see them because it is dark. The radar shows how many thousands or more of birds are moving through our area. The lights-out initiative is an important milestone and will have a positive impact on local and global bird conservation.”

We hope that the kinds of partnerships generated in New York city with more buildings shutting off lights during the migration seasons can spread to Western New York and Buffalo.

We have reached out to New York State Audubon and the governors office to get a list of buildings in Buffalo that will be observing the Lights Out initiative, but as of publication time have not received a list. We will follow up.

Lights Out and Dark Sky Connections

Lights out initiatives are not new. Toronto’s Fatal Light Awareness Program (FLAP) has been around since at least 1993.

Audubon first got into this cause in 1999 with a Lights Out Program in Chicago, which has inspired cities across the county to become involved in these relatively simple, and energy saving avian conservation contexts. Check out these links too: Audubon New York Lights Out Initiative and Other Audubon Lights Out programs.

The International Dark Sky Association is an organization dedicated to promoting dark sky issues, creating Dark Sky Preserves, and informing government, the public, and science about these issues.